Nailed it – 6 Features the ASUS ZenFone 2 Got Right

You can innovate through features that stand out (the LG G3‘s rear keys and laser autofocus camera) or by offering a package that’s hard to complain about (a P7k-ish, sturdy, gaming-ready, with a see-in-the-dark-camera ASUS ZenFone 5). What do you get when ASUS learns from LG? Meet the ASUS ZenFone 2. 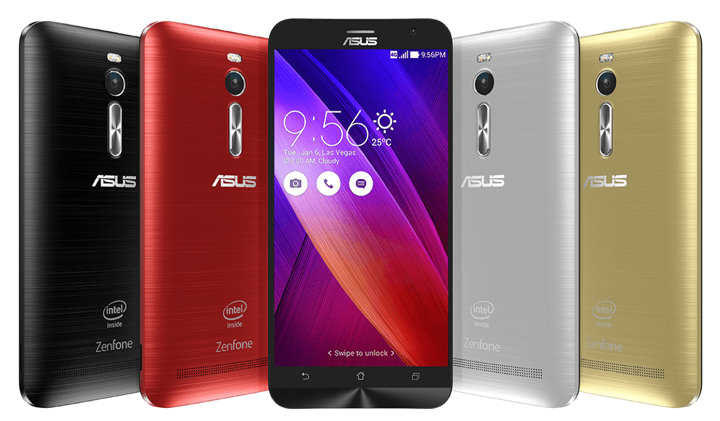 Now, we’ve always had a sweet spot for the ASUS ZenFone 5 – it our Best Budget Smartphone of 2014. Of course, by saying that, we’re raising the bar on what “budget” means. Here are six features we think the ZenFone 5’s successor, the ZenFone 2, got right.

I keep telling my friends that for a budget phone, the ZenFone 5 can see in the dark, and its rear camera can go toe to toe with that of the LG G2. ASUS this time takes their Pixel Master tech, which allows allows for brighter images taken in not so flattering low light scenes, with better camera specs than that on the ZenFone 5: a 13 MP PixelMaster camera and an f/2.0 aperture lens to capture stunning, high-resolution photos with zero shutter lag. Throw in the lower price tag for a flagship (we’re guessing around P15k) and you immediately nod in agreement: on paper at least, the ASUS ZenFone 2 might just be Perfect. Oh, and one more thing: Pixel Master tech is now available on the front camera, for better low light selfies.

Erratum: an earlier wording of the heading for the paragraph above had included “laser autofocus” and may have misled people into thinking that the ZenFone 2 comes with laser autofocus. It does not. The goal was a comparison between the ZenFone 2 and the LG G3. But even that, too, seemed misleading. Comparison between the two in the section above has been dropped. Apologies for the confusion. 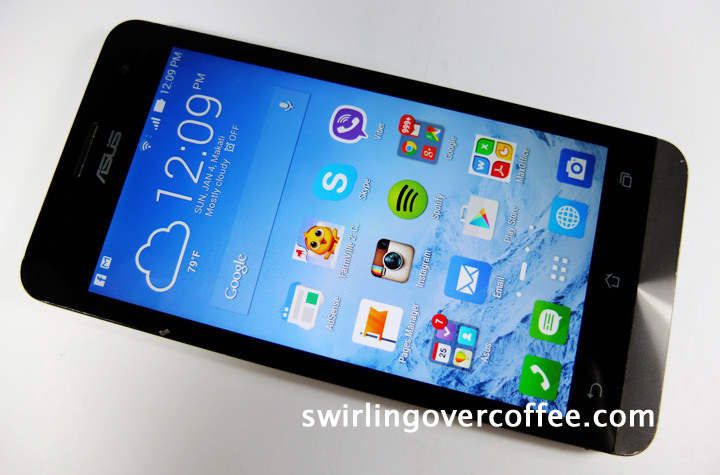 The ZenFone 5’s back (above) was already slightly curved, but nothing as luxurious to hold as an HTC One or as fitting in your hand as the LG G3. Also, what allowed the G2 and G3 to extend their screen to body ratio was the removal of side buttons. ASUS assimilates both features – curved back and rear keys – in a package we presume to be lower priced. The ZenFone 2’s side bezels are, as a result, barely there. I’ve gotten used to the G3 and G2’s rear keys and I’ve always wanted that in the ZenFone. 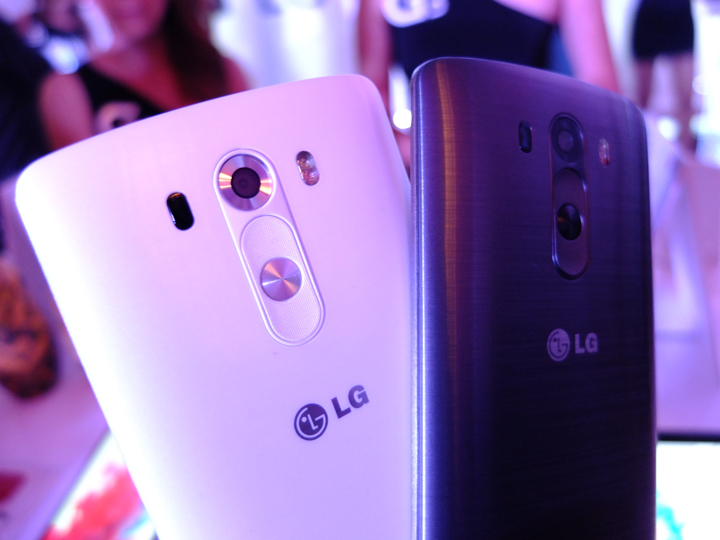 Yeah. Similarities with that other phone. Get over it.

Now, it’s easy for Android nerds to find recent and running-in-the-background apps and kill them (to speed up the phone and save on battery), but mortals just want a phone that won’t slow down as they switch between Clash of Clans and Facebook and SMS and oh look baby’s smiling picture picture, there, now let me get back to S04E10 of my fave series. You could always install apps that monitor apps’ battery and RAM usage, like what the Huawei Ascend Mate 7 and Lenovo Vibe Z has. But mortals will keep installing and running and switching between RAM-hogging apps. Good thing the ZenFone 2 has a 4GB version. (If you want a phablet with 4GB RAM but with overkill specs and is pricier, here’s one.)

Addendum: How much will the 4GB RAM ASUS ZenFone 2 cost? We’re thinking around P15,000.00, to compete with local octa-cores. Because the closer the SRP gets to P20,000.00, the closer it gets to the gray market pricing of foreign flagships smartphones. That’s our two cents.

As phone sizes get bigger, our hands stay the same. You could say the same for what our wallets can buy. So ASUS’s solution is to offer only a slightly bigger dimension, nothing phablet-obscene. It’s getting harder to pull out phablets from my front pants pocket. I want something that’s just right. If the demand for and rave reviews about the ZenFone 5 are any indication, just a feather bigger than 5″ inches is within the sweetspot.

Sticking to “Only” Full HD

This should be a staple among smartphones, and we’re glad it’s in the ZenFone 2. The non-QHD screen already suggests a good battery life, but great-looking and fast-spec’d phones tend to be greedily used, and we need them charged all the time. When we neglect to, and it happens, we want them charged, now. And quickly. 60% charge in 39 minutes.

This is what happens when a manufacturer listens to feedback. The ASUS ZenFone 5 got a ton of things right, for a budget phone, and so the flagship ZenFone 2, on paper at least, seems to have all the right stuff. Forge ahead or be forgotten. Good job, ASUS.

Angler by Lurk: Why the infamous cybercriminal group that stole millions was renting out its most powerful tool

The next OPM star could be singing along the LRT tracks