We love essays with a clear voice, descriptive language, and more importantly, something to say – of course, when you’re writing one, it doesn’t always work that way. But that’s the goal, the check list, and the reward.

We want pictures that “fill the frame”, and chosen for effect and to show a point. We like our posts to have relevant images that, because of their captions, are small essays of their own.

We geek over gadgets and food. But we hate it when we are paraded with specs and recipes disconnected from the user and dining experience, respectively. If you can’t be made to imagine, through writing and images, that a device or dish will make you happy, why would you pay for it?

Welcome to SwirlingOverCoffee. Because possibilities with devices and dishes and words swirl in our heads as we talk about them over coffee.

We have different packages available for your advertising needs. Contact us at swirlingovercoffee (at) gmail (dot) com. 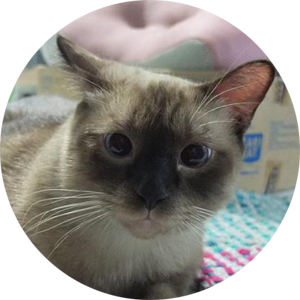 XinYi is our laid-back but demanding, fat but nimble, mascot and motivator. He gets stressed out before we get stressed out; so he forces us to take care of ourselves, get more sleep, eat better. He acts as gate sentry at night, to scare bad men away. Of course, no one is afraid of him. He likes to chew on envelopes, but not press releases. We asked him why. He doesn’t know. 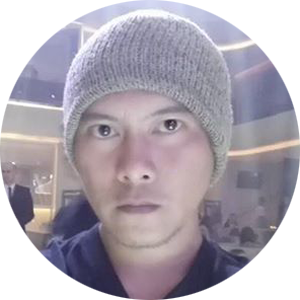 Irwin Allen Rivera loves his wife’s cooking so much he’s now twice the man he used to be. His English essay won a Don Carlos Palanca Memorial Award for Literature in 2012. His philosophical-horror story appeared in Philippine Speculative Fiction 8 (2013). He was managing editor and lead writer of Sites and Symbols 2 (2005), a coffee-table book about buildings in UP Diliman – his alma mater (BA Philosophy; MA Creative Writing, continuing). He worked at the UP Diliman Information Office before shifting to web content writing. His sudden fiction, “Notwithstanding Pigs,” initially a Friendster testimonial, appeared in Philippines Graphic (2006) and in Very Short Stories for Harried Readers (2007). He used to write for www.technoodling.net. SwirlingOverCoffee went live on February 14, 2014 – two weeks after technoodling went on hiatus.

Anna loves to eat. She loves to cook. She loves her husband. She is the site admin of swirlingovercoffee.com, where she posts recipes she tweaked to suite her taste, as well as food and restaurant reviews. She and her husband, Irwin, love Korean food. When she’s not busy – she works for a digital advertising company – she cooks for the hubbie (who is a culinary philistine) and her friends (who often beg her to cook). Her most requested dish is Calderetang Baka (pressure-cooked beef to tender loving tenderness). She’s now into juicing using her Hurom and is currently addicted to coconut water. 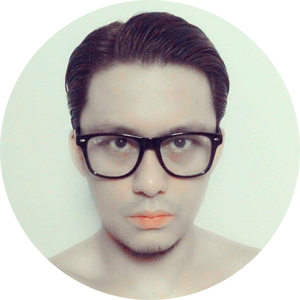 Eiman Catacutan: Esprit medium, teacher/trainer in a past life (until now), has an uncanny understanding of dog and cat psychology, contributor

Eiman is a minion of darkness. His shirts are black, so are his jeans and bedroom curtains. Even his hair. And eyes. All right: he works for a bank, training the next generation of front liners armed with a headset and their wits. 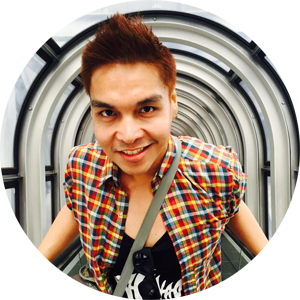 Red was an artist in a past life and upon waking up in our world, he admits his failure to leave his past behind. You can’t be anyone but yourself, he sings. So he soldiers on, under the lonely spot light, working full time for the biggest TV station on this archipelago. 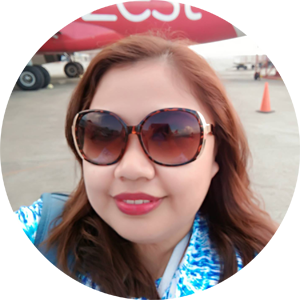 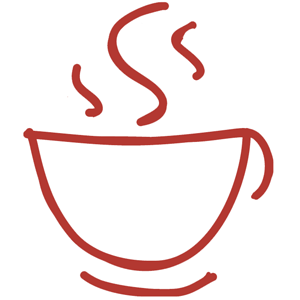 Red Suner is a Sr. Recruitment Officer at one of the leading BPO companies in the country. She can sleep through a zombie apocalypse and frequently claps with glee, unexpectedly, at other people’s weddings. 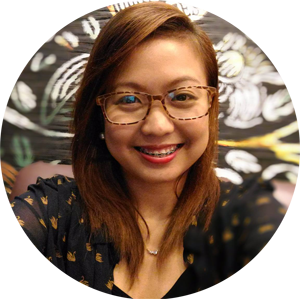 Deni: selfie model, eats like a construction worker, even though she’s not

Deni has been our selfie model since SwirlingOverCoffee went live. She loves to travel, plays volleyball competitively, and works as a campaign manager in the online advertising industry. Check out her selfies in our ASUS ZenFone Selfie review.