The messages from Samsung executives were Spartan (Concise), allowing the Note 4’s features to take front and center (the gorgeous display, the S pen features, the great cameras, the battery life enhancements). These four features would tie in and become reinforced up until the last minute of the two leg presentation (Coherence). 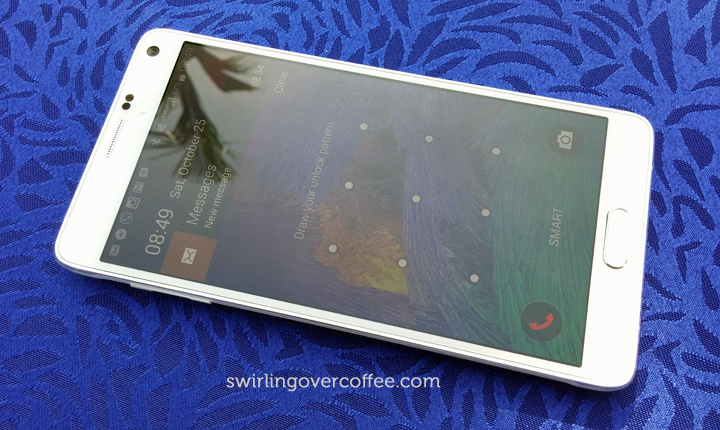 The first leg took place over breakfast at the Seawall Garden of Sofitel. While Samsung executives delivered their pieces in brief, the Note 4 unit I borrowed clearly demonstrated how well the super AMOLED display delivered crisp colors under direct sunlight, and how detailed the rear and panoramic selfie shots turned out. 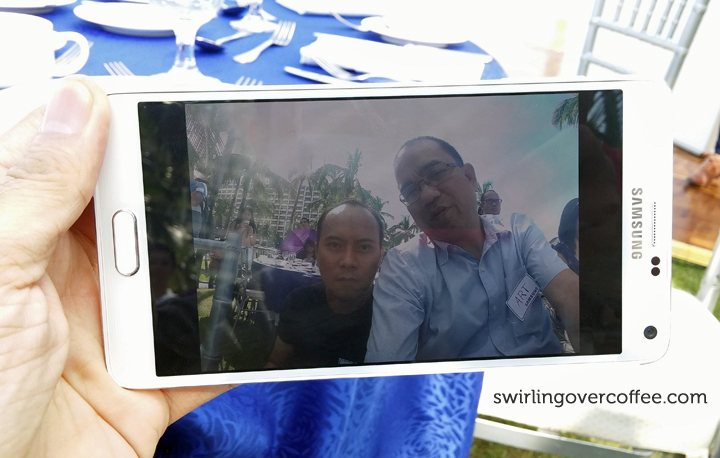 What’s not apparent in this selfie showing me and Manila Bulletin Tech Editor Art Samaniego is that this was a stitched selfie – taken in portrait mode, swung side to side to include a wider view, and then the Note 4’s software wove the panoramic shot together. Now imagine using a selfie stick – that’s one massive group /class / out-of-town team bonding shot.

A game was started right after breakfast, pitting attending media against each other and sifting the winners into four final teams. Again, four. You’ll see why later. 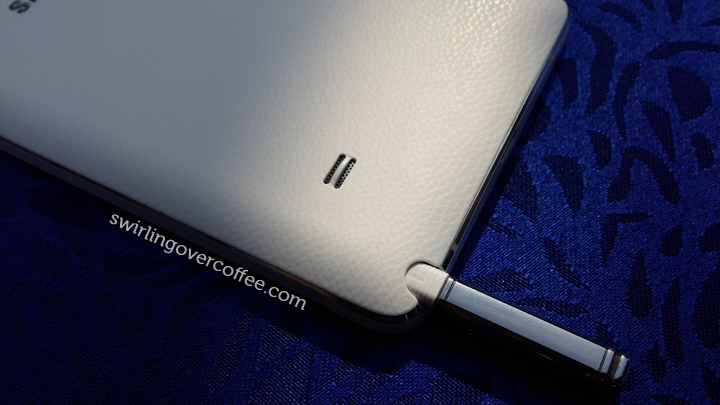 I had no idea pulling out the S Pen halfway and then settling the Note 4 down would get me a shot this dramatic. This phablet knows how to pose!

The second leg of the presentation ferried attending media to the Samsung MOA sale area, where Four stations were already set up and waiting – in each station one key feature of the Note 4 would be experienced first hand by all four teams. (Consistency) 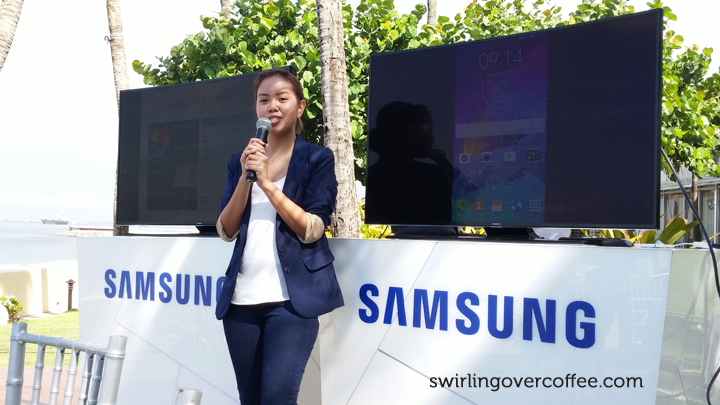 Yen Rivera (we are not related, by the way), Samsung Philippines Product Manager briefly touched on all four key features of the Note 4.

Let’s go through the stations – and the key features. 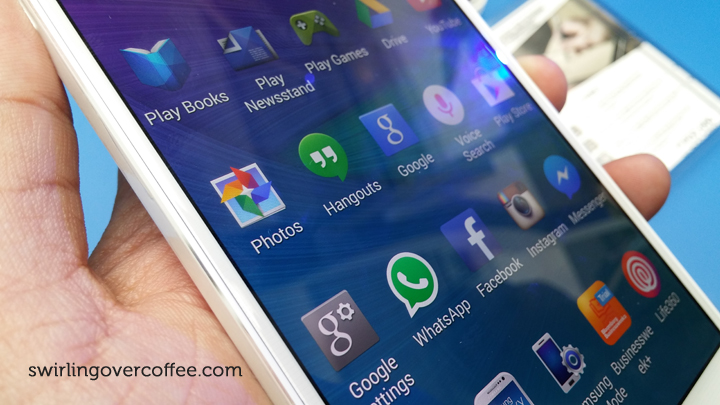 At this station, each of the four teams were asked to spot the difference in a split picture displayed in that station’s Note 4 unit. What the picture above doesn’t do justice is how incredibly crisp and color popping that display is. Unlike other phones, you won’t need to find a shade before texting back. 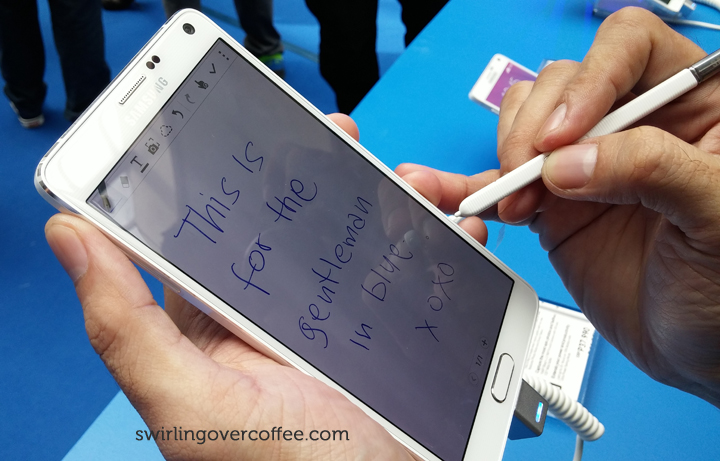 Teams were able to test how well the pen worked under time pressure – they were asked to correctly spell a list of words, which would not be repeated, and they were allowed to erase and redo their handwriting, provided they were fast enough. Above is me testing if my handwriting remained legible despite looking away while writing with the S Pen. 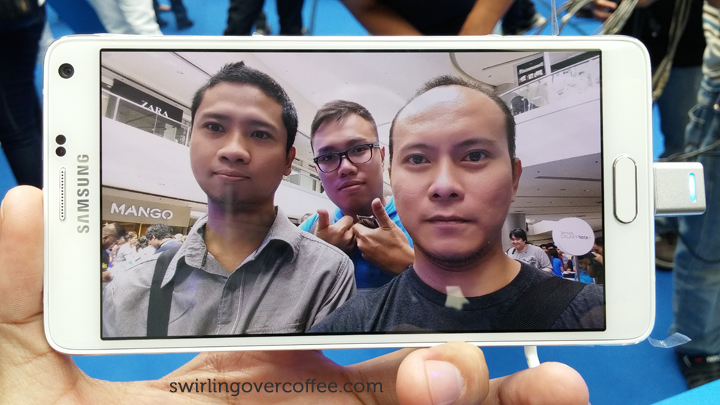 Foundations of men. You already saw the Stitch Selfie photo with Art and me. It’s time we tested the beauty shot. With real men. Left to right in photo: Louie Diangson, TJ Pangaiban, and me. Note also that reports of the Note 4’s being too large may be exaggerated. Because I’m holding it with one hand, lightly, and it’s not falling off.

At this station, teams were asked to gather as many people – passers by, on lookers, potential buyers of the Note 4 – to stay in the phablet’s massive frame for a good old group selfie. 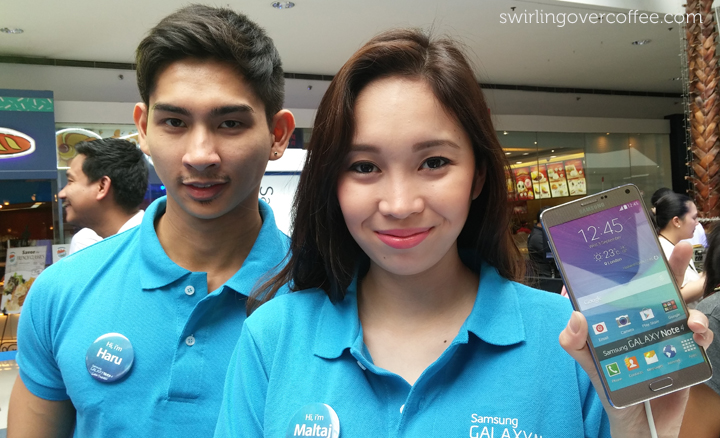 These two models shift from demo’ing the Note 4’s features to suddenly fulfilling my request to properly pose. The best of us can really multitask, I guess.

Teams were asked to activate Ultra Power Saving feature, and then make a call. Incidentally, the Note 4’s ability to take and make calls during incredibly noisy environments were also put to the test. 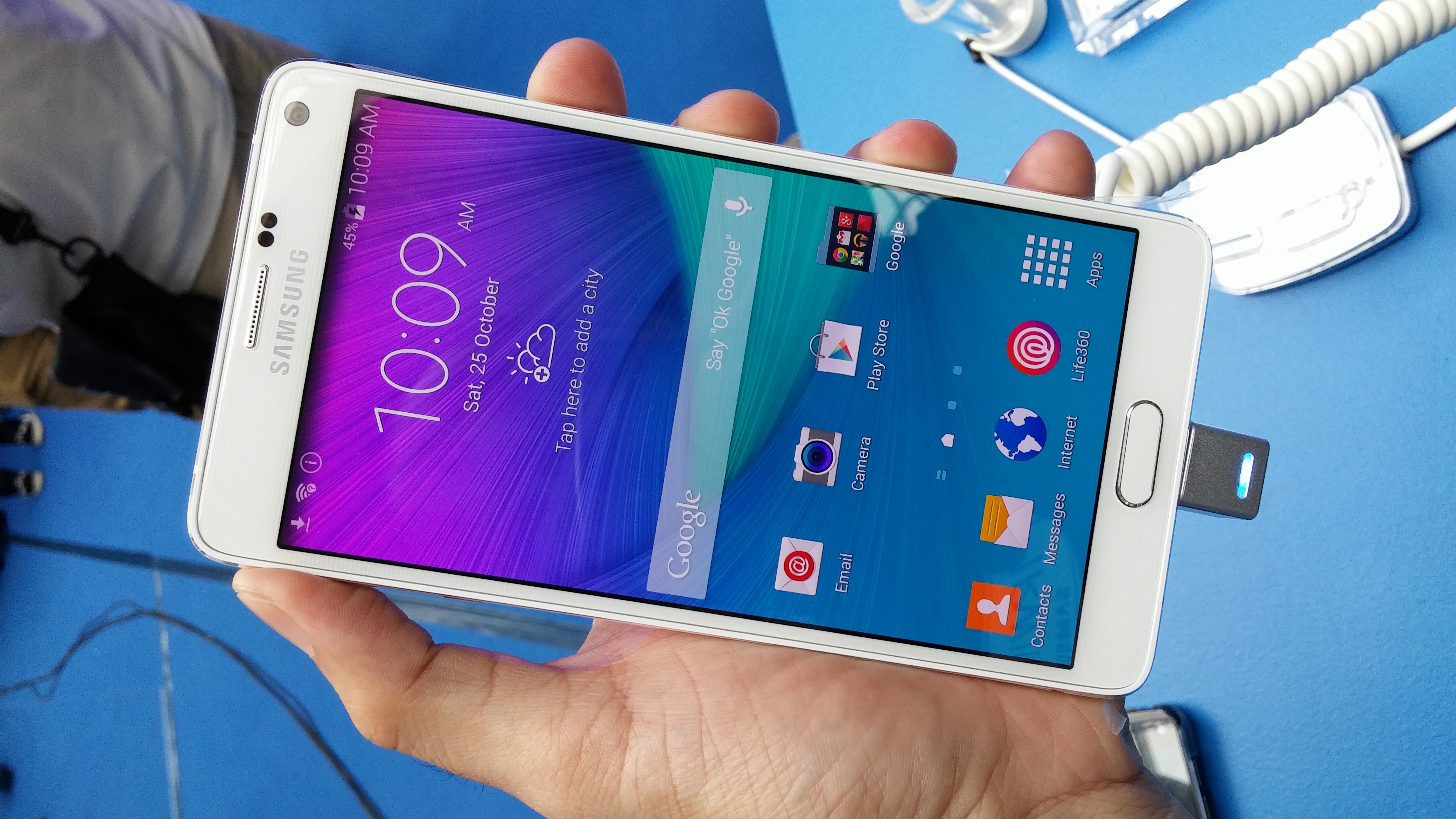 Take note that while the final four teams were going through each station, competing for a Note 4 for each member, mall audiences were in plain view of what was happening, and sometimes – as with the panoramic group selfie station – were even taking part. What a way to generate excitement. 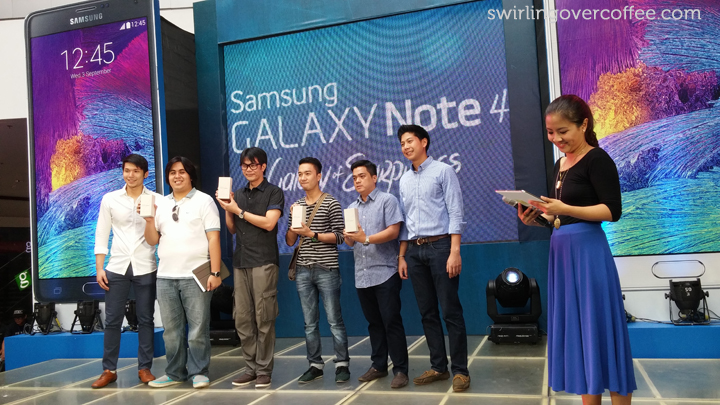 Early birds got discounts and freebies.

Kudos to Samsung Philippines and its PR firm, EON, for the wonderful, and wonderfully informative launch. While the “norm” is for a queue of executives to deliver message after message and for attending media to watch commercial after commercial and for hired dancers to break the stillness, Samsung opts for an immersive, exciting, intuitive, and memorable presentation.

Bring EPIC to your snack time with Jolly Hotdog!