This is our fast love review of the LG G3. Yanked it out the box. Marveled at its physique. Jaw-dropped at its katana-sharp display. Imagined the things I could do with its camera. Carved the experience into memory. It all just feels right. This is how the G3 should be.

The 13MP rear camera is in a league of its own, with a laser-guided autofocus so fast that LG combined tapping to focus the shot, and capturing it, in one gesture. The 2.1MP selfie cam makes sure you’re lovely, with an adjustable-level beauty shot and diffused light via flash for selfie, so you look good even in the dark. Throw in a gesture-activated timed shot and you’re officially licensed to selfie.

Here are my first impressions. 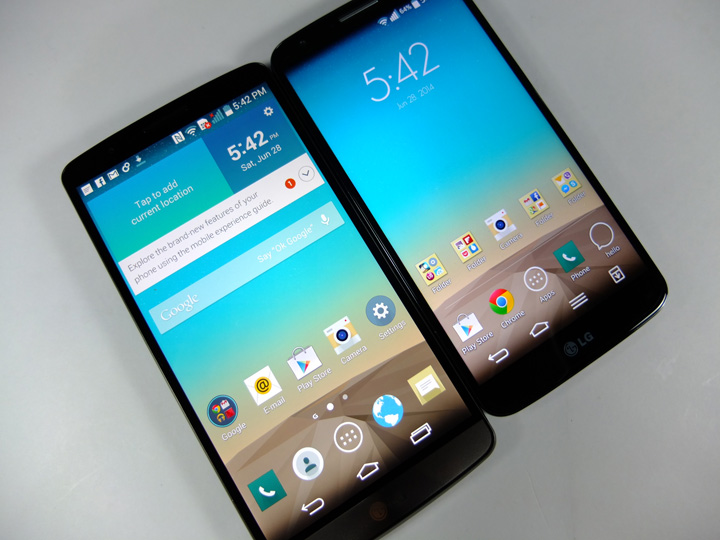 The display size has been increased to 5.5 inches from 5.2 in the predecessor (see above) without adding an awkwardly large body. By contrast, the Lenovo Vibe Z has the same display diameter of 5.5 inches, but in an obviously long phablet body. But the LG G3 is only millimeters bigger than the G2. Such efforts at compressing the design. Kudos to LG. 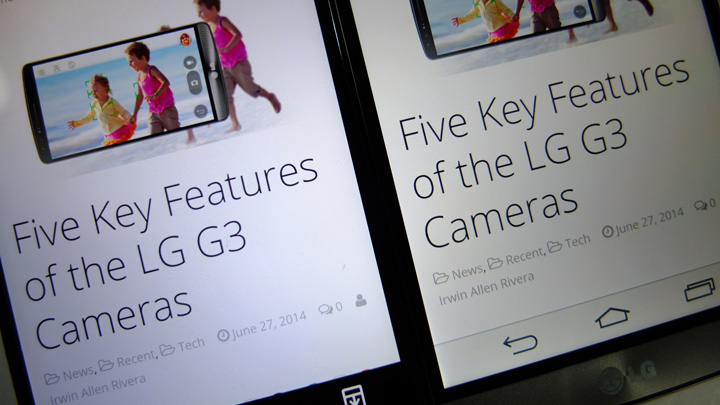 The LG G2 on the left, G3 on the right. What this image doesn’t do justice is how so much sharper the fonts are on the G3 in real life.

Display pixel per inch is unbelieavable, rendering even thin fonts so effing clear. Staring at videos is like holding a small QHD TV in your hand. This, people, is your new pocketable movie marathon and gaming device. 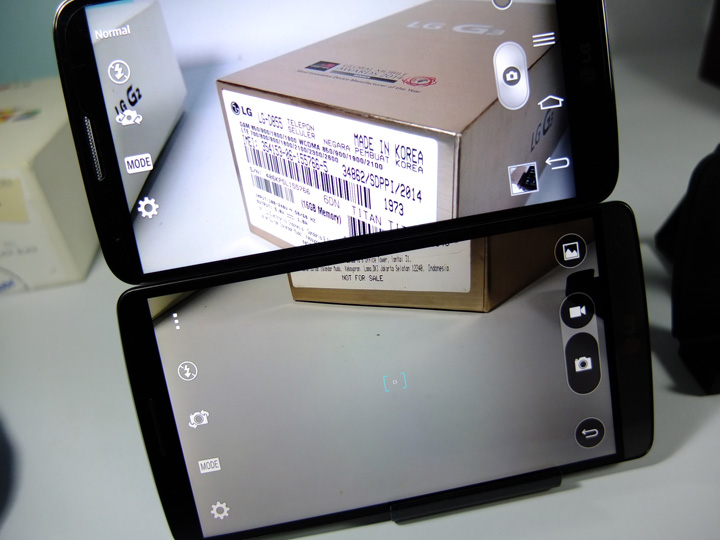 Camera autofocus speed really boosts your confidence in taking pictures. Tap to focus is the same gesture as tap to shoot. “Normally” you frame the shot, tap the part of the display to focus on, wait for the focus to lock, and then tap the onscreen shutter key. With the G3’s normal camera setting – which is the default mode – there’s no need to “settle” the camera into that moment. Frame it, capture it, brag about it. Rinse, repeat.

The camera UI itself (see above, bottom phone) is Spartan, giving you the impression that there’s not much you can do because the camera does a so-fine job that you shouldn’t do anything more. And then there’s this: there’s neither a night mode or a way to manually crank up the brightness or ISO. That’s how confident LG is with its rear camera. 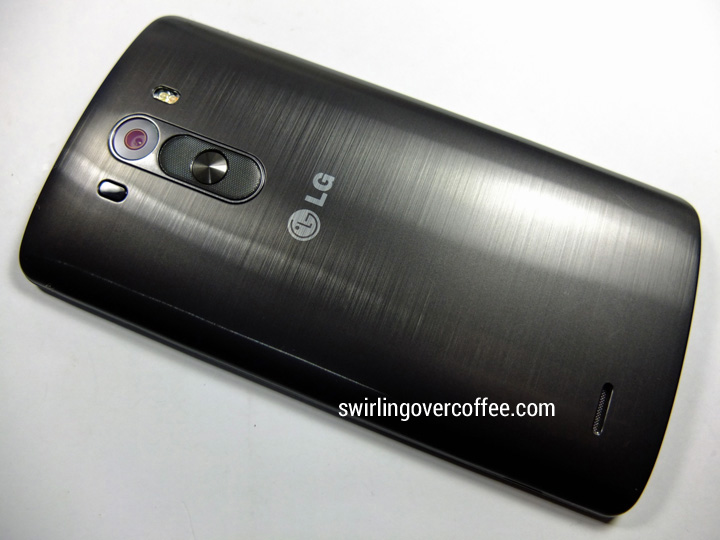 The metal frame surrounding the sides plus a more densely packed construction – no creaking glass in plastic as with the G2 – give you the satisfying tactile impression that the G3 is a sturdy and solid phone. If I may be brave enough to say it, the macho in us will opt to use the G3 “raw” – meaning, no protective case. This is one hoo-ha! phone.

Power and Storage, Under the Cover 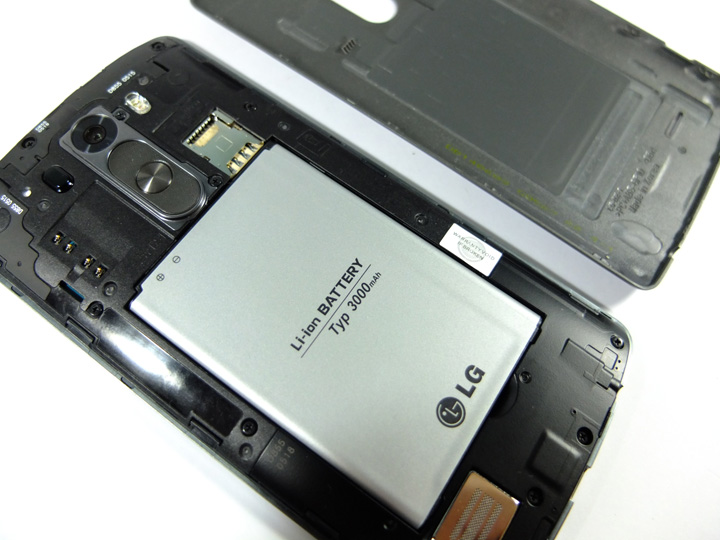 The deceptively metal looking back finish adds to the “sturdy” look, by the way, but then it’s easily removed and snug-fits back. That removable back reveals two key improvements LG made on the G2’s successor – an expandable storage via microSD slot and a removable battery, as though the 3,000 mAh is not already monstrous enough. 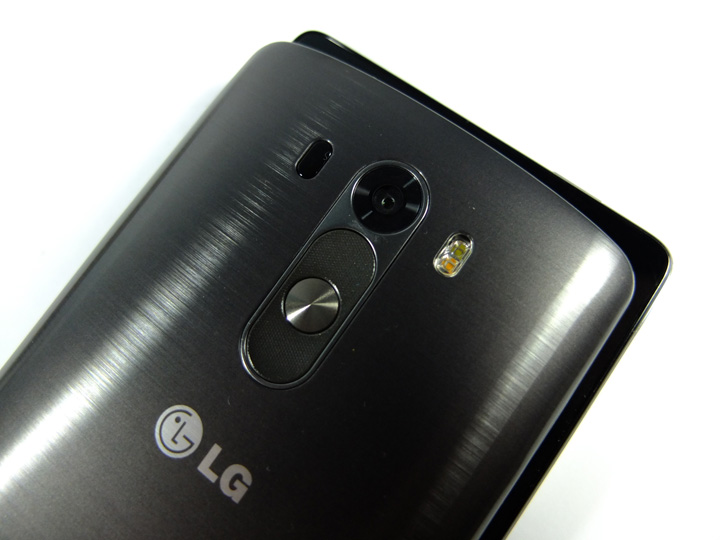 The rear buttons have been refined a second time. The first appearance was on the G2, which felt a bit too plasticky. The second appearance and first refinement was on the LG G Pro 2. The G3 sports the second refinement. The curved and minutely textured rear keys is so comfy that they “curve” to take in your index finger, even though I suspect they’re still plastic. It looks classy and feels right.

Photo above is the G3 against the Lenovo Vibe Z, with the latter being wider and longer than the G3, even though both sport a 5.5″ display.

A few more shots before we end.

Having owned the LG G2 the moment it was offered by Globe last year, I’ve come to know its shortcomings – the fragile plastic body, the plasticky rear buttons, the uninspired UI, the bloatware, the sometimes slow to focus camera, the non-expandable storage. But I also know the G2’s bragging rights – the splendid in low light camera, the camel-stamina battery life, the gorgeous display, the run-any-game specs.

Here’s more about the LG G3: