Welcome to the first SwirlingOverCoffee Gadget Awards. Two things: we limit our choices to devices we’ve actually used; and, user delight usually wins over specs-on-paper considerations. So, some of our choices may raise eyebrows – but we always articulate why we love one product over another. Of course, sometimes, our delight is the deciding factor.

Only two premium phones caught our attention – the military-grade videographer’s smartphone, the LG V10, and the metallic body-graceful, lovely-to-look-at-and-to-hold Huawei Mate S. (We’re not iOS fans, let’s get that out of the way.)

While the Php37990 LG V10 is more spec’d up and feature-packed, we chose a phone that’s more ‘gorgeous-and-lovely-to-use first, and features-to-explore second. We feel that, in hindsight, the LG G4, while decent, wasn’t much of an upgrade from the G3, and that the V10 went overboard with features, in an attempt at product distinction, giving you the impression that LG lost its way. Redemption may come with the LG G5. We have high hopes for LG, given our history of reviewing their phones. 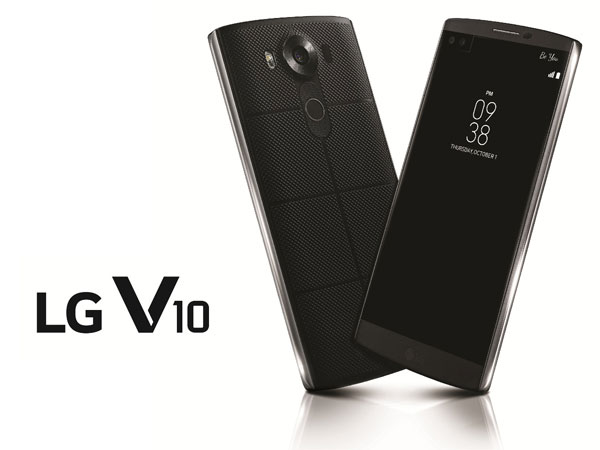 Anyway, we chose a premium smartphone that invites you to pick it up and enjoy it (and which doesn’t disappoint), instead of a seemingly overlarge phone that screams features x, y, and z long before you touch it. The Huawei Mate S, while not having maximum specs (no 4GB RAM or wateproof-ness) or gimmicks (dual front camera, dual screen), is a visual and tactile study in elegance.

Despite not having laser autofocus nor the fastest image capture, the Php31990 Mate S takes superb shots in low light, in a manner that showcases great dynamic range, close to how Fujifilm does it (that’s our opinion) with their cameras (and we love Fuji cameras). The front camera also has a feature that should be standard in all phones – flash. 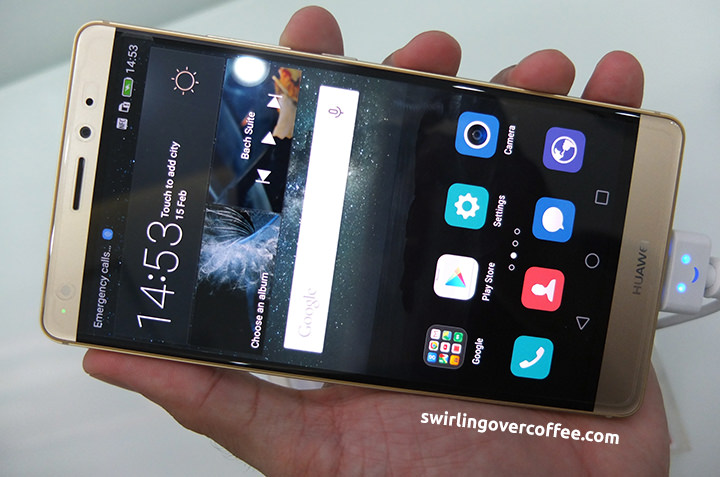 Huawei’s flagship also has this smooth sensual feel to it, with a 2.5D Gorilla Glass and sleek edges. Gorgeous. Outdoor visibility is solved by its 5.5-inch full HD AMOLED display – so you don’t have to find a shade, cup your hand over the screen, or squint hard, before you text back. The rear fingerprint sensor, which is where you’re index finger naturally finds itself when you hold the Mate S, doubles as shutter key and as a way to view (simply swipe down) and dismiss (double tap) notifications.

Huawei also takes the crown, from us at least, in having the most elegant approach to designing a metallic body phone (sorry, Samsung) and with the most responsive fingerprint sensor technology. Now, if we must have an honorable mention for the premium smartphone category, it should be no surprise that’s it’s also from same phone maker: the Nexus 6p.

There’s a reason why people associate “Selfie” with the ASUS ZenFone Selfie – it’s really that good. Our review of the Selfie is one of the highest viewed on Swirlingovercoffee. People really are searching for it.

The ZenFone Selfie is the first to offer a front-camera-delight-package that’s hard to ignore: 16MP front camera with flash (no more dim photos), beauty mode (a front camera necessity), and manual settings; 3GB RAM for stutter-free responsiveness, 3000 mAh battery (all day enjoyment), Full HD 5.5-inch display that’s vivid and bright and hard to scratch (Gorilla Glass 4), 32GB internal storage with expansion, a 16M rear camera with Laser Auto-Focus (for very fast image capture) and Low Light Mode (the rear camera can literally see in the dark), and all this for only P11995. 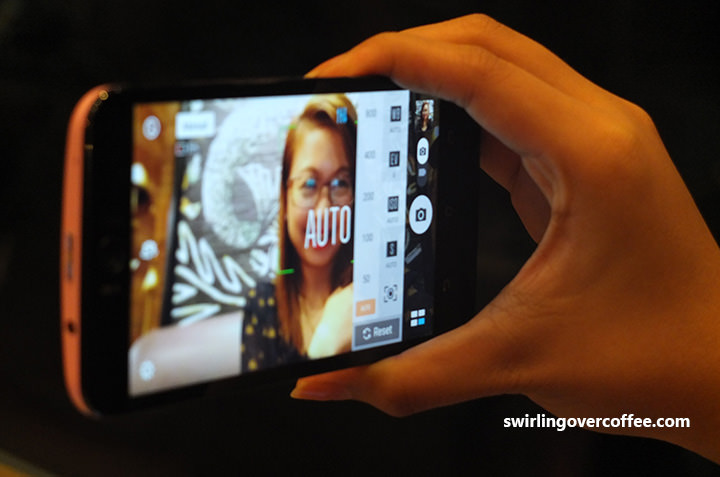 Note also that the front camera app can smoothen your skin, improve complexion, give you thinner cheeks, and do bokeh shots (defocused background) – all this without spending on Dr. Vicky Belo and without using a low aperture lens on a DSLR camera. Holy wow! 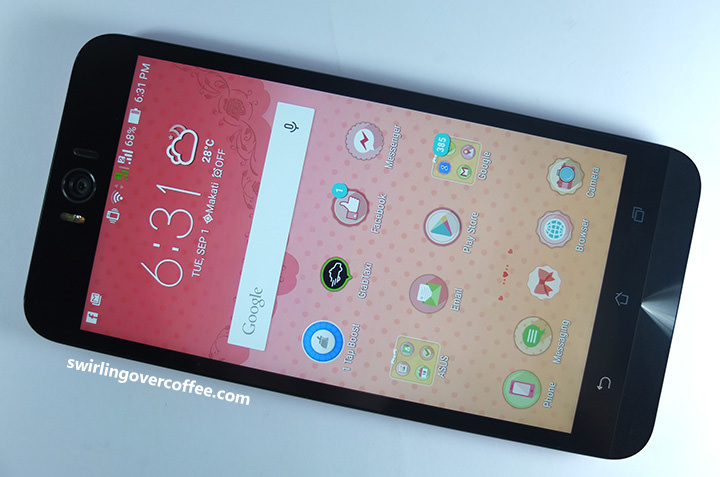 We’re still scratching our heads on how awesome this phone is – it’s the only camera phone you’ll need when you go on vacation. Be sure to bring a selfie stick and a power bank,because you’ll be using the ZenFone Selfie non-stop (not just for food shots and selfies and groufies, but also for video marathons). 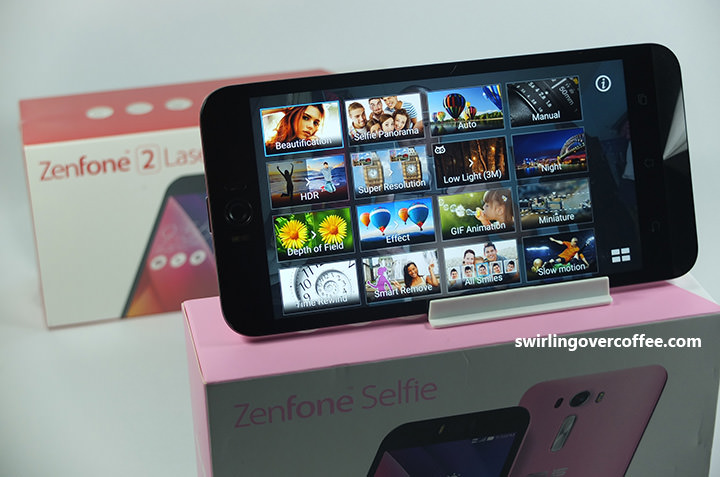 Only two other phones we’ve used (that’s “near” the price range) can rival the front camera vividness and clarity of the ZenFone Selfie – the Honor 6 Plus and the Huawei G8. But each of these cost Php6000 more than the Selfie. 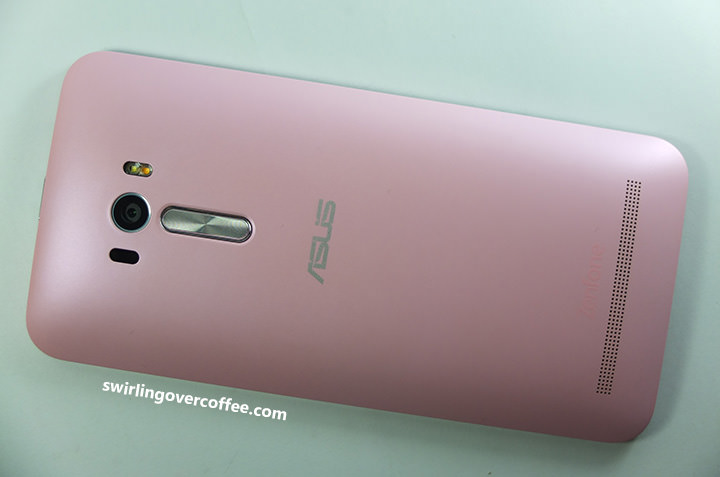 The Selfie also comes in Pink. Beat that. 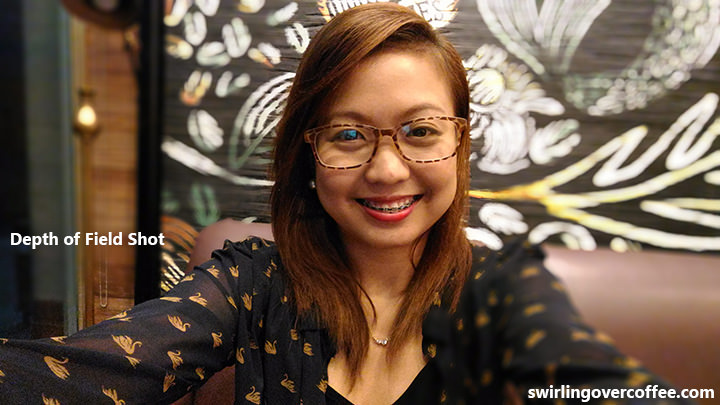 Above: Depth of Field shot using the front camera under medium to low yellowish lighting.

There’s really no contest. The ZenFone Selfie is THE SELFIE PHONE of 2015. And the T4 Gadget Show agrees. Read our full review here.

We’re not all fans of large phones and massive phablets, and yet smaller 4.7 to 5-inch phones, for those with small hands (and those who prefer small phones), are not that popular. It was a close fight between the P9799 Xiaomi Mi 4i and the P13990 Huawei Honor 6 (yes, another Huawei phone on the list). The Php7295 ASUS ZenFone 2 Laser 5-inch didn’t feel “small enough”. 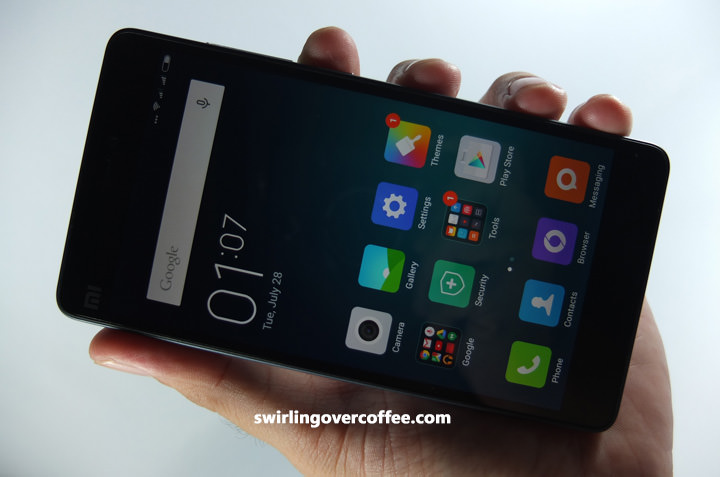 While the Mi 4i and Honor 6 took awesome pictures, both felt on par with each other in terms of responsiveness – the Mi 4i only has 2GB RAM and the Honor 6 3GB of RAM, but the latter is saddled with Huawei’s UI that seems to slow the phone down (this could of course be addressed by installing a third party launcher and, later on, by a firmware upgrade). 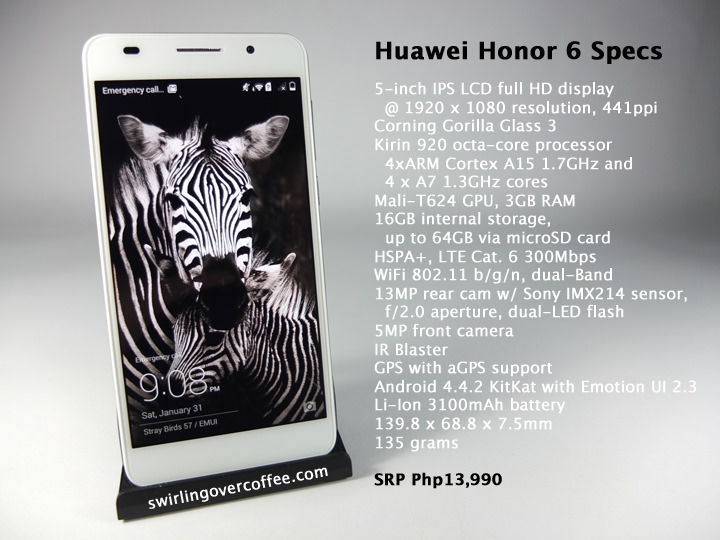 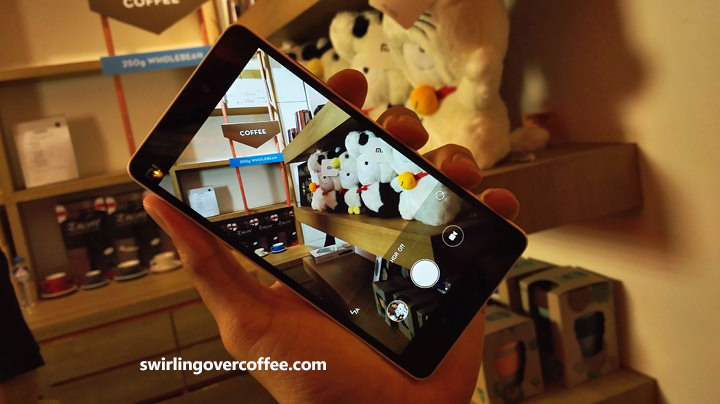 Here’s the superb Mi 4i camera in action. Dim yellowish lighting of the scene is “corrected” and brightened up in real time prior to taking the shot.

Given how often we’re stuck in traffic and that we don’t always bring power banks, we preferred a phone that could get you through your 8-hour shift, while still taking great pictures. So we leaned on the side of the utilitarian and the price conscious. The small tightly packed Xiaomi Android also has this satisfying self-contained look and feel to it.

The Mi 4i takes the crown, with lower price, battery life, and having a smaller body as the winning aspects. We still adore the Honor 6 though.

3 Tips in Buying your Dream Car

PayMaya Clic! Bazaar – the Convenience of Shopping without a Credit Card