Huawei announced the debut of its new concept stores in two of the largest SM shopping malls in the Philippines, SM North EDSA in Quezon City and SM Megamall in Mandaluyong City. Both are located at the fourth floor of SM Cyberzone — the technology and lifestyle center of SM Supermalls.

“We are delighted to open our first ever concept shops in two of the biggest and busiest shopping malls in the metro,” said Charles Wu, country manager of Huawei Device Philippines. He added, “we are bringing our Make It Possible attitude to each customer interaction finding better options fit for every lifestyle at an affordable price without compromise. Our concept shops will serve as hub for innovation to be able to truly deliver on the promise of realizing the unlimited potential of technology within your reach.”

To celebrate the soft opening of the new concept stores, Huawei will have its concept shop opening sale. 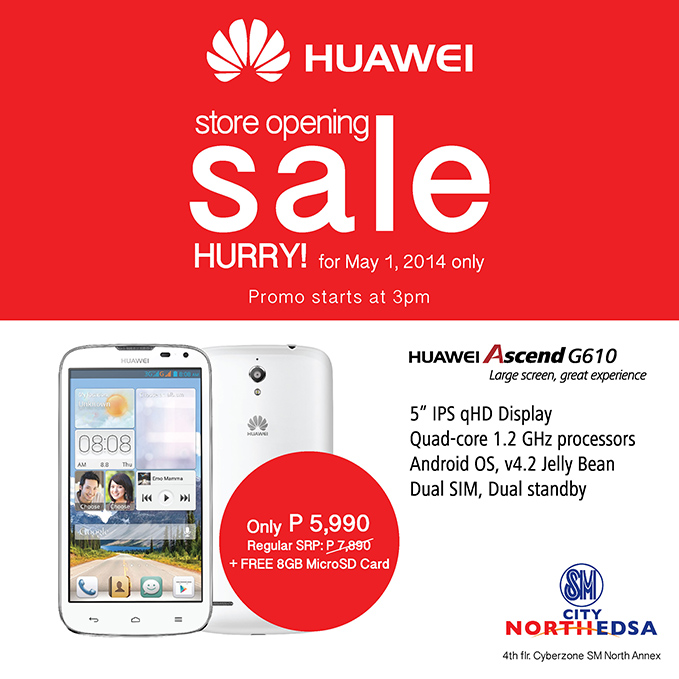 On May 1, 2014 starting 3pm until mall closes, Huawei in SM North EDSA Annex offers ~25% off on the stunningly big-screened Huawei Ascend G610 dual sim from its regular SRP of Php7,890 down to PhP5,990 plus FREE 8GB MicroSD card.

So you know what you’re buying, we have reviewed the Huawei Ascend G610 for you. 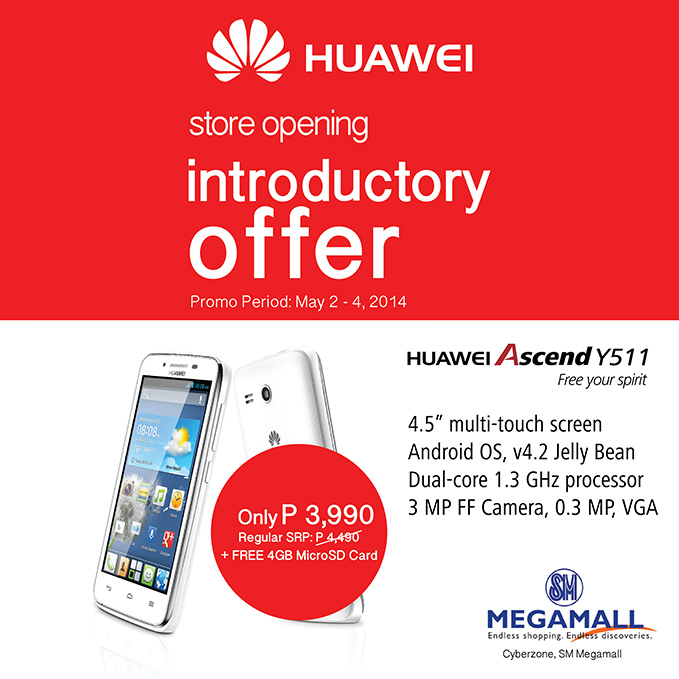 You may also wish to check out our review of Huawei’s 2013 flagship phone, the Huawei Ascend P6.

Heartbleed Poses Risk to Clients and the Internet of Things

Globe now blocks 100,000 per day spam/scam messages from other networks