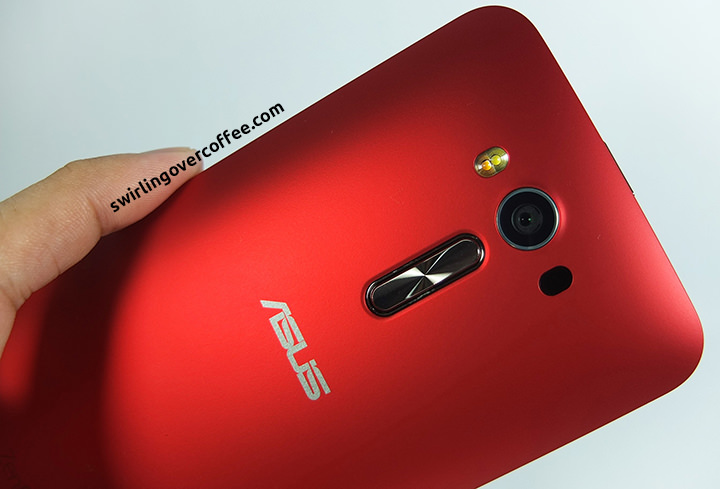 
Meet the most affordable 5.5-inch phone with laser auto-focus – the 2GB RAM, 13MP rear camera, P8,695 ASUS ZenFone 2 Laser. A problem with some budget phones is that their rear cameras focus slowly in low light, so that your dinner or indoor get-together shots sometimes need a retake. The ZenFone 2 Laser packs in a balanced set of specs, performance, tactile/ergonomic feel, and price but ups the rear camera performance by throwing in a previously premium-phone-only feature: laser auto-focus. Because faster focus leads to better pictures. 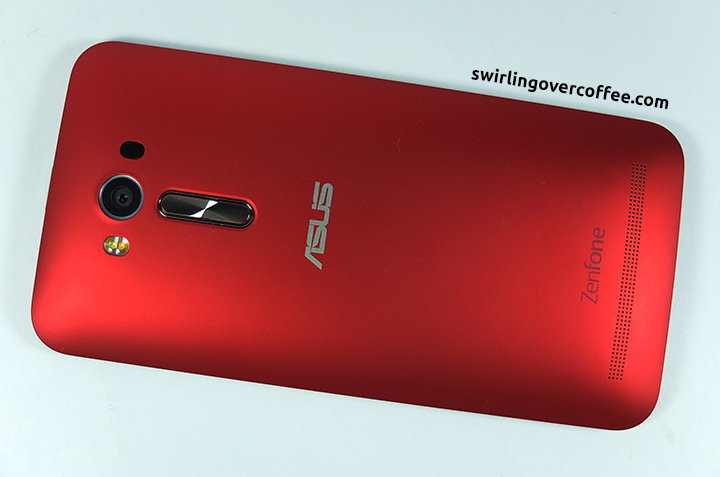 The soft-textured back cover is not just there for design. Your hand enjoys touching it.

Laser auto-focus, a feature held by the likes of the LG G3 and G4, is now a key feature of ASUS phones, such as the ZenFone Selfie and the Laser (both the 5-inch and 5.5-inch variants). ASUS brings a premium feature to affordable phones, without sacrificing user experience, and without a painful price. 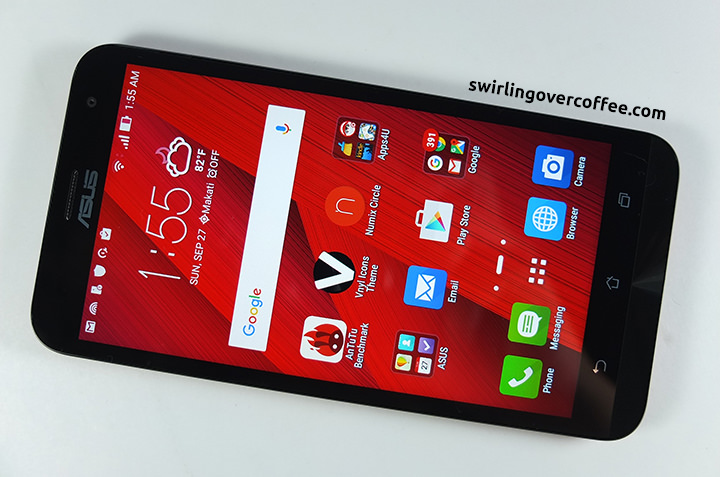 The ZenFone 2 Laser carries a lot of the features of the flagship ZenFone 2, incluiding: 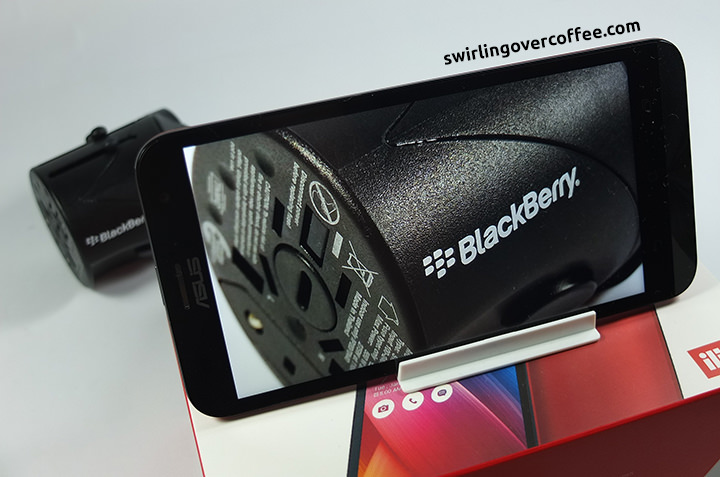 What the Laser doesn’t have is the 4GB RAM for super multi-tasking and fast charging – but then it’s meant as a budget phone with a great rear camera. On the up side, it’s more affordable than the ZenFone 2, the Laser’s rear camera focusing is faster (the ZenFone 2 doesn’t have laser auto-focus), and the available colors are more hip and their surface texture make for better grip.

The Laser has a rear camera mode called Selfie – you decide how many faces the rear camera should detect, and face the screen away from you (you face the rear camera), and a sound indicates when the camera has found the face/s and has taken the pic. You’ll want to use this when the front camera isn’t enough, or if you need flash. The great thing about this is that the rear cam Selfie mode takes 3 burst shots, so you can choose the best shots. 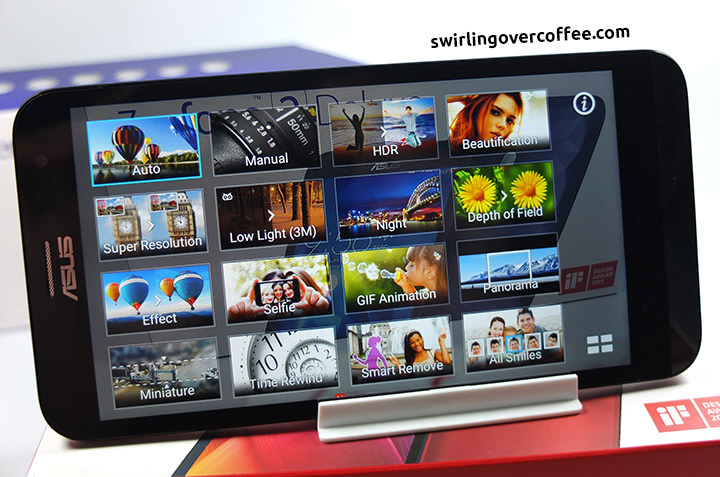 This feature was already present in the ZenFone 5, but the Laser’s laser auto-focus makes it better, since the results are faster-focusing and therefore less shaky pictures.

Above: ZenFone DNA through and through. You can’t tell by looking at the front, because both have 5.5-inch displays, which is the ZenFone 2 Laser and which is the ZenFone 2 Deluxe. Flip them over and you see the differences. The Deluxe has a prism-design back cover and has no extra “eyes” – it doesn’t have laser auto-focus, unlike the Laser. 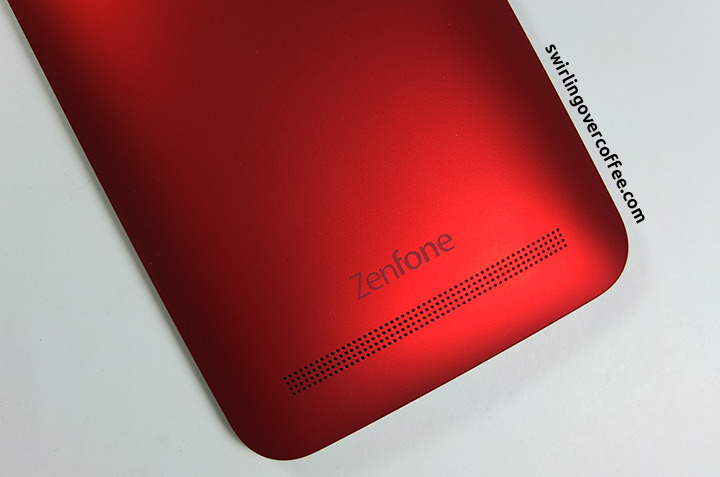 Great Pictures, front or back camera

By the way, even with the ZenFone 2 Laser’s screen off, you can launch the camera without unlocking the phone. Just trace “C” on the display to go to camera directly.

Good Display. Just because the ZenFone 2 Laser doesn’t have a full HD screen doesn’t mean the visual experience isn’t incredible, as you can see below. 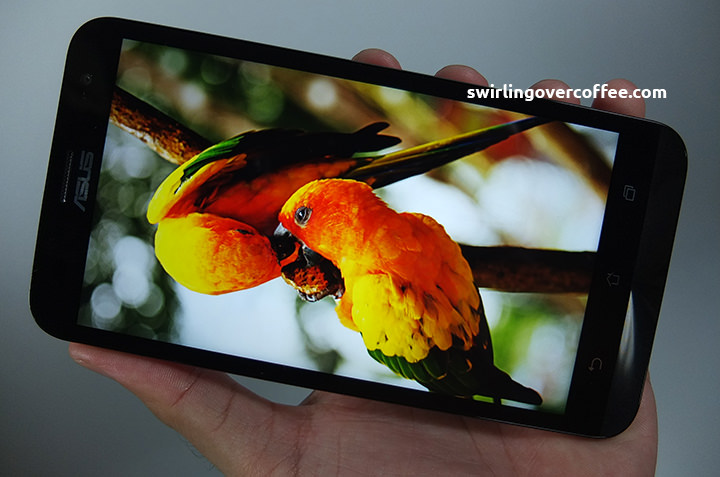 Feels good to hold. That fiery screaming red is awesome. 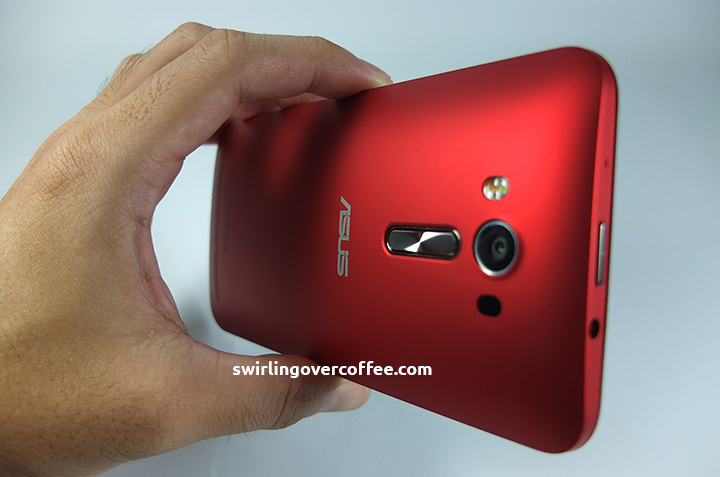 Long battery life. 10 hours of usage is not a bad thing. You can stretch this with power saver mode. 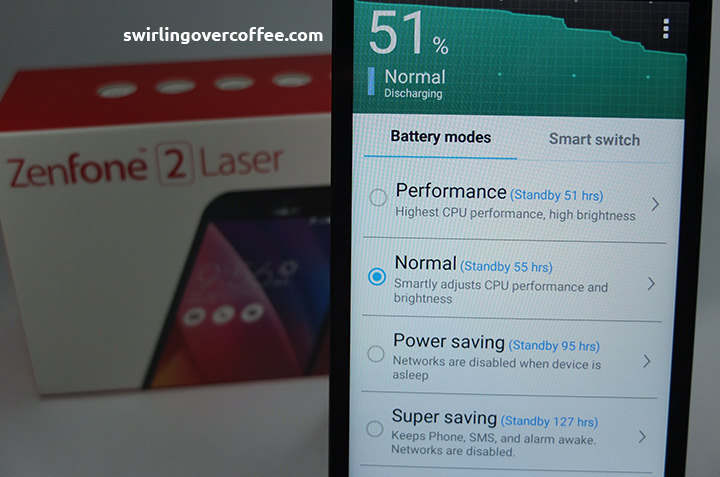 Great rear camera. The most affordable phone with laser auto-focus. 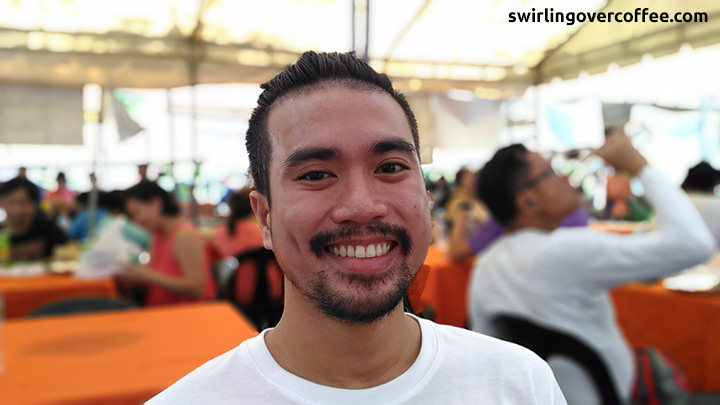 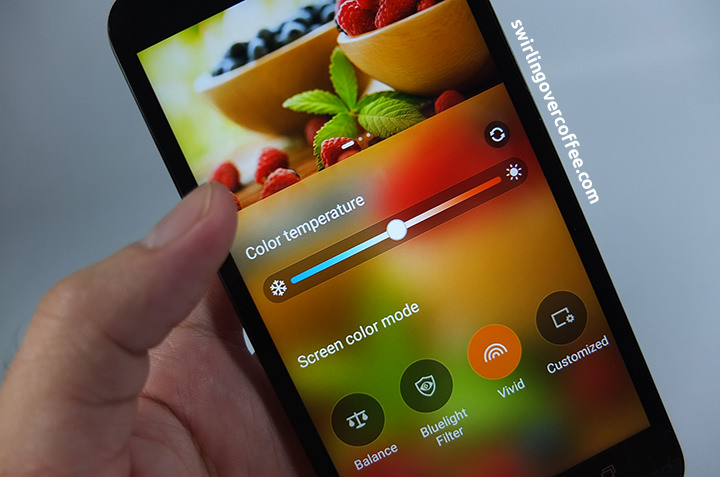 Good enough performance. Qualcomm Snapdragon 410 is not going to win benchmark awards, but the ZenFone 2 Laser rarely gets warm. 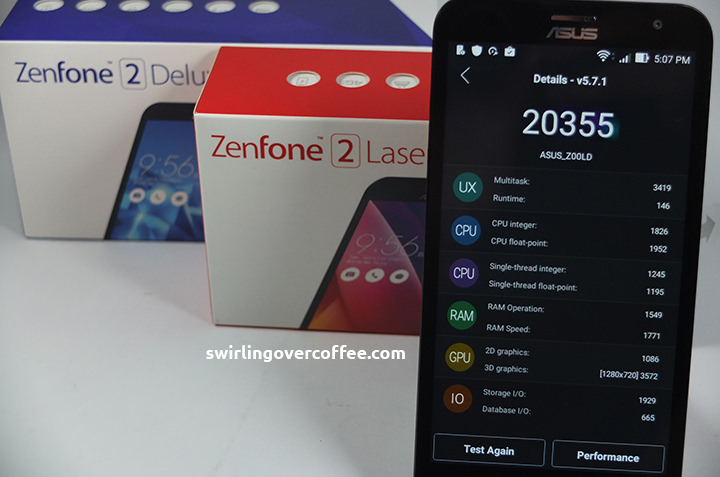 Auto Start Manager lets you save on power, improve performance, reduce data allocation spending. This feature lets you choose which apps to allow to start and run in the background. 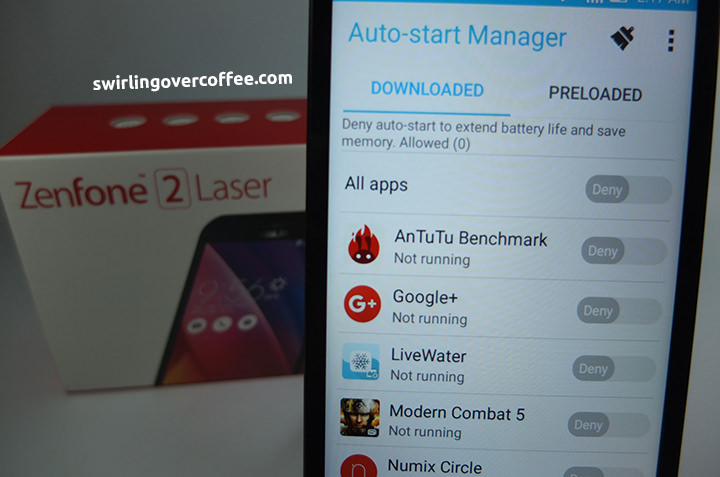 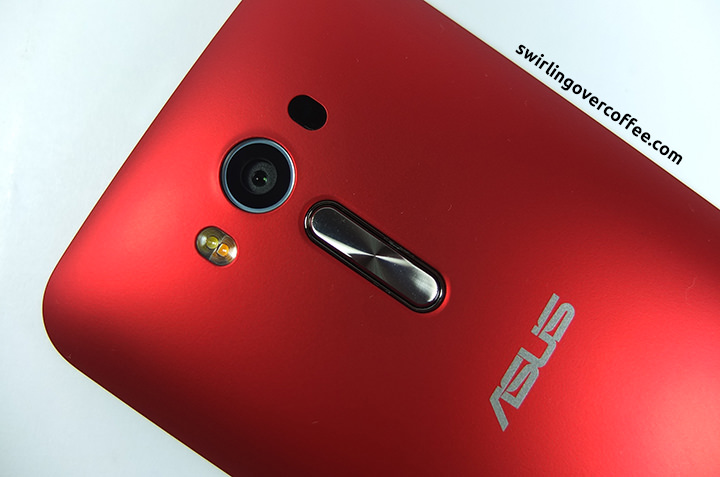 The ASUS ZenFone 2 Laser is a superb price point offer with a focus on the rear camera, smooth-enough performance, good ergonomics and looks, and 10 hours of battery life – which is what a daily driver should be, but with a bonus: the rear camera’s laser auto-focus. That means it’s not meant to be a gamer’s phone/multi-tasking champ or even a super-selfie phone. I have no complaints about call quality and if you really want to nitpick, the beautifully colored and grippy-enough rear cover is a fingerprint and stain magnet.

As of this writing, the ZenFone 2 Laser is the most affordable 5.5-inch phone with laser auto-focus. That affordability plus the user experience and great rear camera are the selling points. You can of course scrimp on funds and get a lower priced phone, but don’t complain about what you get. It won’t be a ZenFone.

Get the ASUS ZenFone 2 Laser on Lazada Philippines. Sold & Fulfilled by Lazada is available for White and Red.

The Best Stores to Go to for Your Daily Essentials