MANILA, October 22, 2015 – Huawei unveiled its latest addition to the premium Huawei Mate line – the Huawei Mate S – on Wednesday, October 21, 2015 at Nobu Restaurant Manila, City of Dreams which was well attended by celebrities and influencers in various fields. 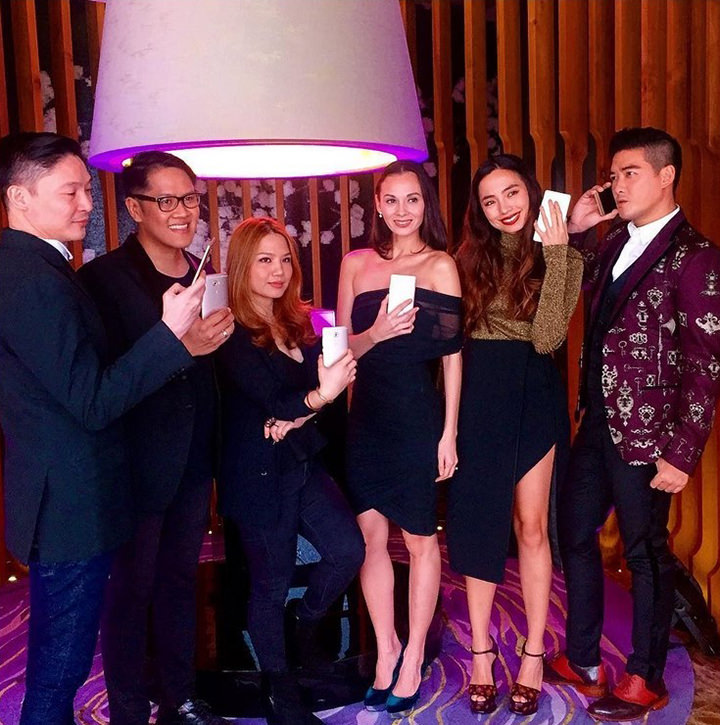 “The icons embody the essence of the brand which is built on an empowering history of making dreams possible. They have all made it in their respective fields but each of them retain that certain groundedness. Furthermore, the Huawei Mate S fits their lifestyles perfectly,” said Corinne Bacani, Senior Marketing Manager, Huawei Philippines.

The event featured performances by premier violinist John Lesaca and songstress Nicole Asensio. Both of them also performed the uplifting Huawei brand song, “Dream It Possible”, which first debuted during the Huawei Mate S launch in Berlin, Germany in September this year.

“The song talks about how you’re unstoppable when your dreams come alive. It also encourages listeners to ‘take a shot, chase the sun and find the beautiful’. This song is Huawei’s brand story which has always been steeped in bringing telecommunications to the future,” said Jojo Vega, Director of the Consumer Business Group, Huawei Philippines.

“But with the Huawei Mate S, we prove that no matter how future-minded we are when it comes to innovations, we have always kept an anchor on the essentials: communication, interaction, connection. In real life, all these are facilitated by something more powerful than words: touch,” Vega added.

After the Huawei Mate S was revealed, Nobu’s signature exclusive Sake Ceremonial Toast was led by Vega and Charles Wu, Country Manager of the Consumer Business Group, Huawei Philippines. At the end of the night, three attendees won their own Huawei Mate S units: AJ Dee of The Filo Dapper, Tessa Prieto of The Philippine Daily Inquirer and Marbbie Tagabucba of Garage Magazine.

The Limited Edition Huawei Mate S is now available for pre-order until November 1. Just go to the Huawei Mate S Pre-Order Booth in SM Megamall from October 24-25, 31 and November 1. You can also do so at any of these participating Huawei Concept Stores: SM Megamall, Market! Market!, SM Fairview, SM North EDSA and SM Southmall.

For those who pre-order, exclusive gifts worth PhP20,000 await: Premium Harman Kardon designer earphones, dinner for two in Nobu Restaurant Manila, a Royal Selangor Bespoke pewter certification and personalized phone engraving. Only 200 out of the 1,000 units allotted for the Philippines can be pre-ordered.