LG Electronics unravels the wraps on the new LG V10, pioneering multimedia features never before seen on a smartphone

MANILA – A few months after LG Electronics unveiled their flagship for 2015, there had been news spreading around of a powerful iteration of the LG G4—the LG G4 Pro. However, LG slams the rumours shut when they introduced the first of its V-Series phones—the LG V10.

“The LG V10 is LG’s newest phablet that is designed to provide the user with a rich multimedia experience,” says LG Philippines Vice President for Mobile, Jay Won. “The V10 surpasses most multimedia features that today’s smartphones possess and are enhanced for optimal performance, maximizing the creativity of today’s social media and tech-savvy consumers.” 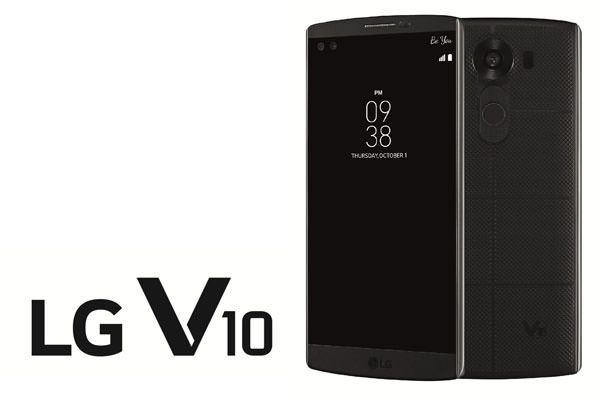 The V10 will be the first LG smartphone to feature a Second Screen, an inset display set above the V10’s main 5.7 QHD IPS Quantum Display. The Second Screen works independently from the main screen and has the “always on” option. Apart from displaying weather, time, date, and battery icon, the Second Screen can also function as a dedicated display for shortcuts of your favourite apps for easy access.

This year LG surprised the world with the impressive camera feature of their 2015 flagship LG G4 by unveiling its 16-megapixel rear shooter with F1.8 aperture lens and OIS 2.0 paired with Manual Photo Mode where users can manually adjust the settings much like with a professional SLR camera. This remains the same with the V10 but it will also adapt the ingenuity of Manual Mode to video where user can adjust white balance, ISO levels, as well as audio reception.

The V10 takes selfies to another level by installing 5-megapixel Dual Front Cameras with separate lenses for 80-degree close range selfies or 120-degree wide angle selfies to accommodate larger groups of people in the frame. The wide angle lens on the V10 makes use of intricate software algorithm that combines images from the two separate lenses, eliminating the need for monopods and selfie sticks altogether and achieving the perfect groufie in gatherings.

Another first for LG which can be found in the V10 is the Multi-view Mode which can simultaneously utilize all three of V10s cameras—dual front and rear cameras—to capture up to four different frames.

All this comes wrapped in a design that utilizes high-grade stainless steel and a durable silicone skin to make the V10 one of the rare smart phones to pass drop tests for shock conducted by an independent third party.

The LG V10 will be available in the local market very soon and will come at a retail price of Php 37,990.