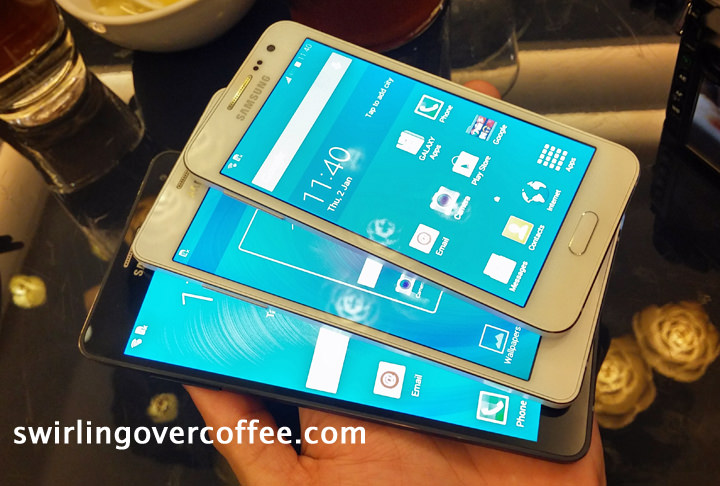 Samsung goes full unibody metallic with the Galaxy A Series – the 4.5″ A 3, the 5″ A5, and the 5.5″ A7. Each of them feels light and tight, looks chic and classy, and they showcase camera features the selfie generation will love – a gif file can be made from burst shots of 20, live facial adjustments are shown before shooting, and even gesture-activated selfies are easy. 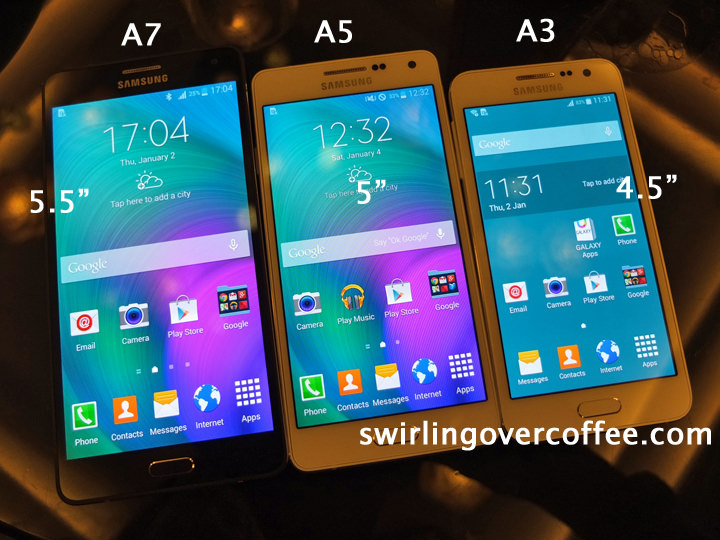 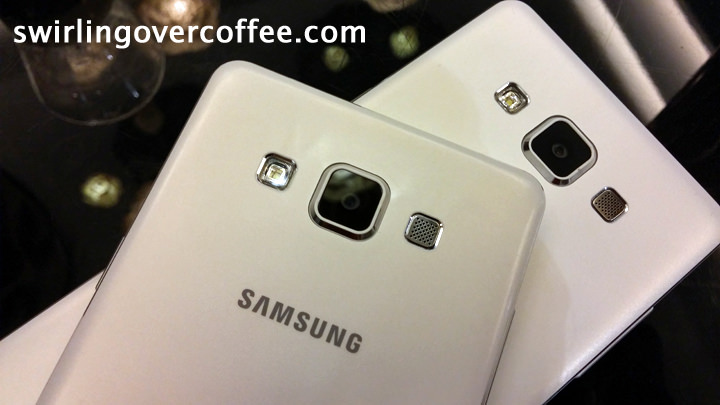 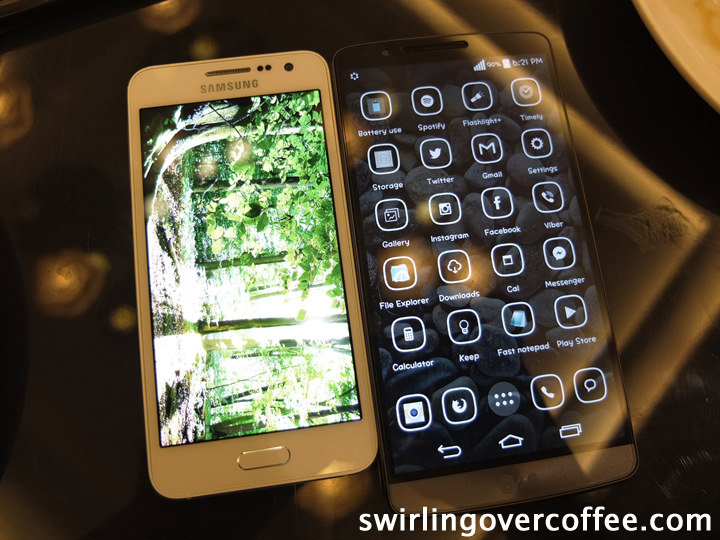 Above: Two 3’s side by side – Samsung Galaxy A3 on the left and the LG G3 on the right. 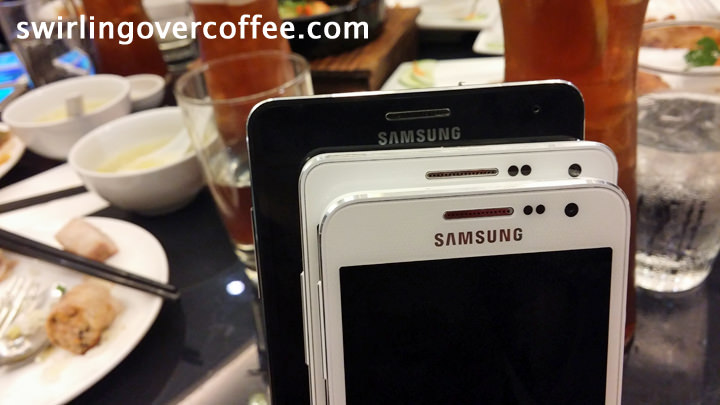 The Samsung Galaxy A7 is the company’s first dual SIM phone that has a hybrid SIM card tray – it can either house a nanoSIM card or a microSD card. So you have a choice between extra space and a chance at better coverage via another SIM (or another telco SIM). We’re getting used to bigger (the Note 4) and bigger (the Huawei Mate 7) phones, but despite its the A7 size, never felt awkward in my hand, as did another 5.5 incher (the LG G3). 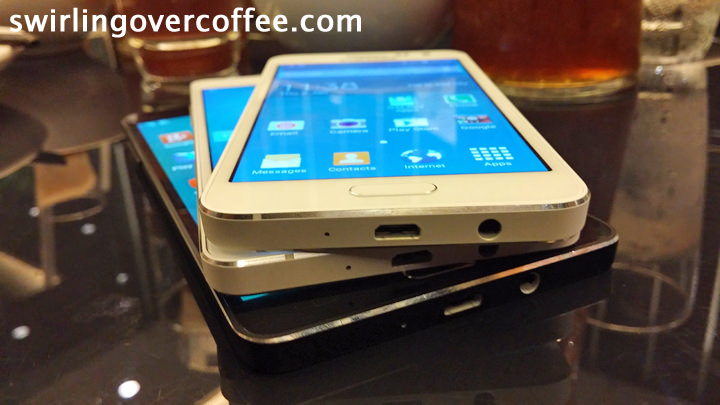 What is common to all A series phones, apart from the same look, are the camera features that mark the series as a lifestyle item: rear camera and selfie features. Like this: 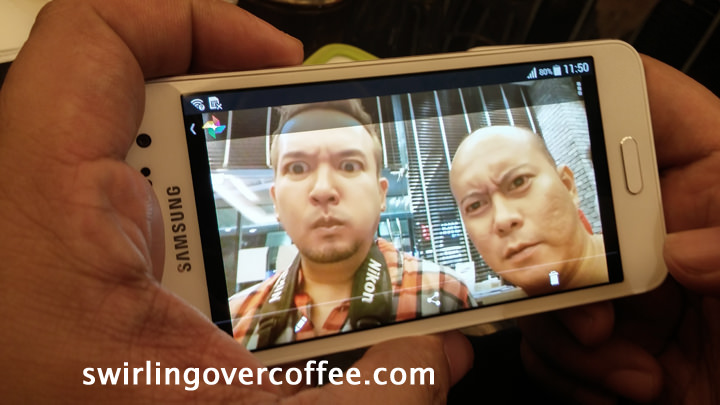 The A Series may mildly remind you of the pre-iPhone 6 physique, but then if you’re a geek like me, you’ve fantasized about having an iPhone 6 with the Note 4‘s Super AMOLED display (see below) and awesome rear and front cameras inside. 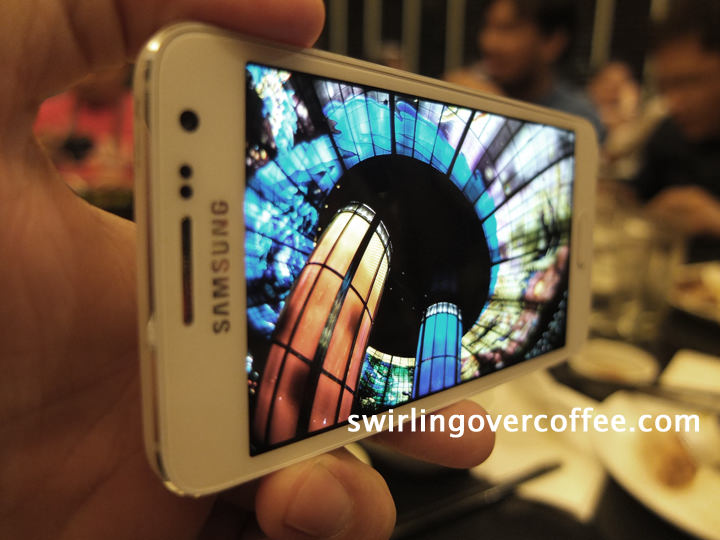 We know from the Note 4 how Samsung can throw in awesome camera hardware and software. I’m betting you’re getting the same in the A series. I’ll leave you with a shot of my runaway favorite among the Samsung Galaxy A Series – the smallish A3. 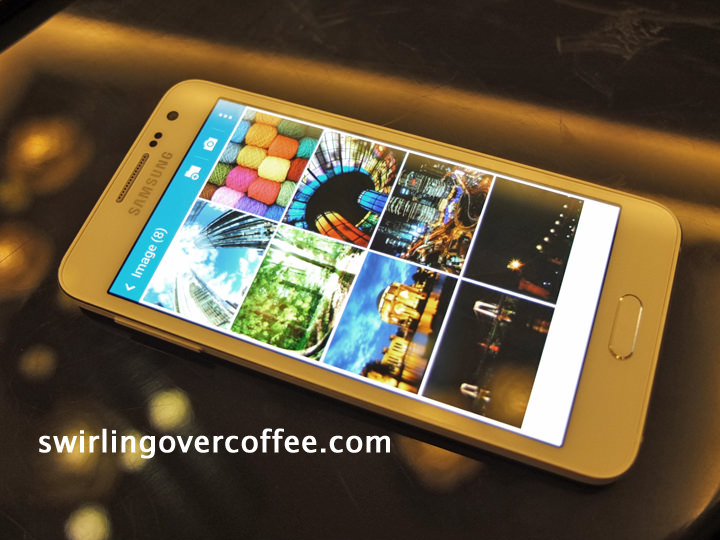 WD’s Gifts for Him and Her