Samsung has announced the Note 3’s successor. Although it’s neither water nor dust-proof, the Galaxy Note 4 has inherited the heart rate monitor and finger print scanner from the Galaxy S5. Here are six major changes.

The Note 4’s 5.7″ QHD (2560×1440) display has a dense 515 ppi. The Oppo Find 7 was the first to announce having such a QHD display, but the LG G3 (with the same QHD display) was the first to become widely available. So the Note 4 is catching up. What these comparisons don’t tell you is how color-popping impressive the Note 4’s super AMOLED display is, indoors and out.

The Note 4 is said to be the first Samsung smartphone to have this feature, something already present in LG’s 2013 flagship, the LG G2.

The Note 4’s 3,220 mAh battery now features fast-charging. The Oppo Find 7 and 7a and the Xiaomi Mi 4 also have this feature. Good to have this in a large phablet.

This is part of the S Health system and is designed to warn Note 4 users if they are getting a bit too much sun. Yeah. That’s right. Anyway, the Note 4 has 5 UV index levels: Low, Moderate, High, Very High and Extreme.

Not so plasticky build this time

The latest Note now has a metallic frame, veering away from the plastic-all-plastic image of Galaxy models. The Mi 4 also took the same metal frame approach.

The comes-with stylus has 2048 levels of pressure sensing, twice that of the Note 3. An S-Pen feature called Smart Select is essentially a scrap-booking tool, allowing you to clip info from one source and another and another and lump them all together for saving and sharing.

The Samsung Galaxy Note 4 is scheduled to arrive mid-October 2014. No word yet on local pricing. Full specs below. 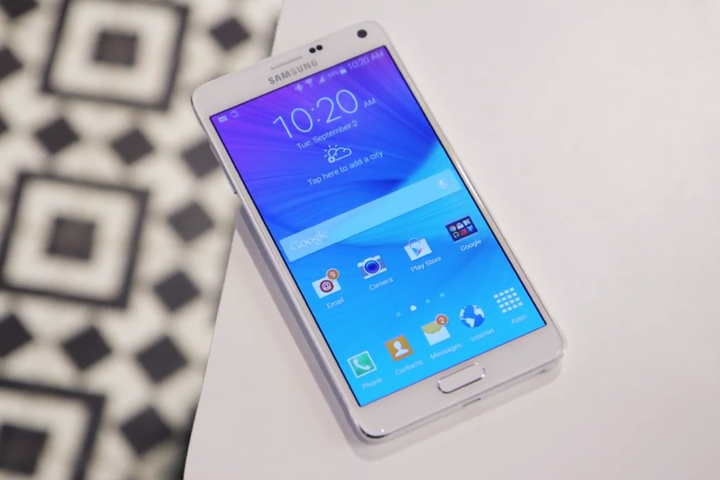 * Lead image is a screenshot from the hands-on video of TheVerge. Full hands on video here.

The history of Selfies, according to Sony