I borrowed a friend’s Samsung Galaxy S6 and, alternating it with my ASUS ZenFone 2 ZE551ML, took quick shots of the main course and dessert. Indoor medium to low lighting that’s predominantly yellow pervaded the scene. The S6’s F1.9 aperture rear camera is known to be good, what with its gargantuan P36k price, it should be. Let’s see how the P14k 4GB RAM ZenFone 2 compares. 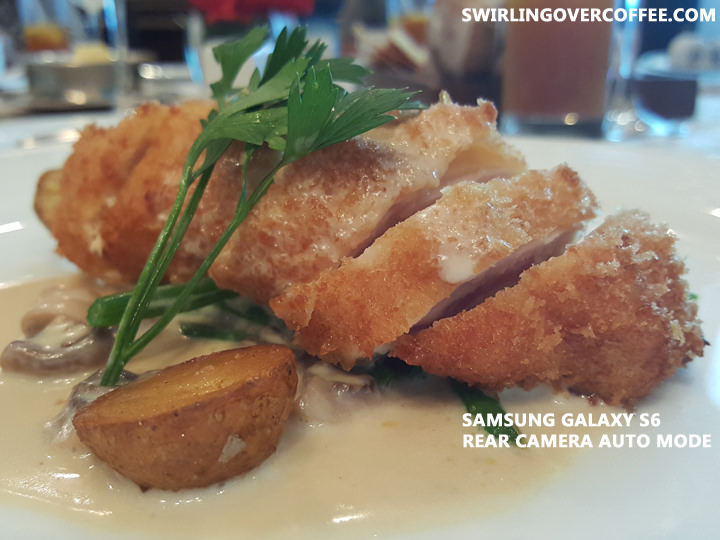 The Samsung Galaxy S6‘s camera adjusts to surrounding white balance, diffusing the yellow for a more natural look, one that’s closer to natural lighting. But then, most people expect food to be vibrantly colored, like the shot below. 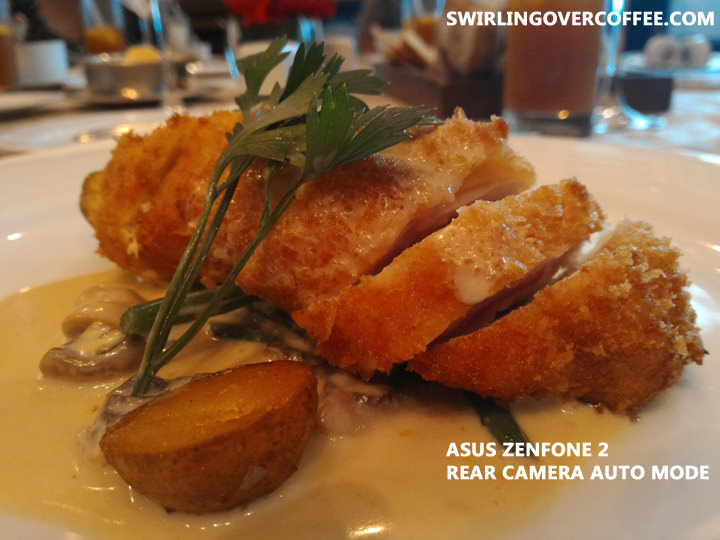 The ZenFone 2’s camera, as of the firmware installed as of this writing, is not calibrated to diffuse overly yellow light. Instead, it just wants an evenly exposed image and to salvage as much detail as possible. Still, I suspect that if casual users only saw the ZenFone 2’s shot, they’d think it’s good. After all, the surrounding parts of the image above is not as yellow as the food, so there’s reason to think the shot was “faithful” to the scene. Given how ASUS has released firmware updates that sharpened the rear camera’s images, we hope succeeding updates offer automatic white balance correction. 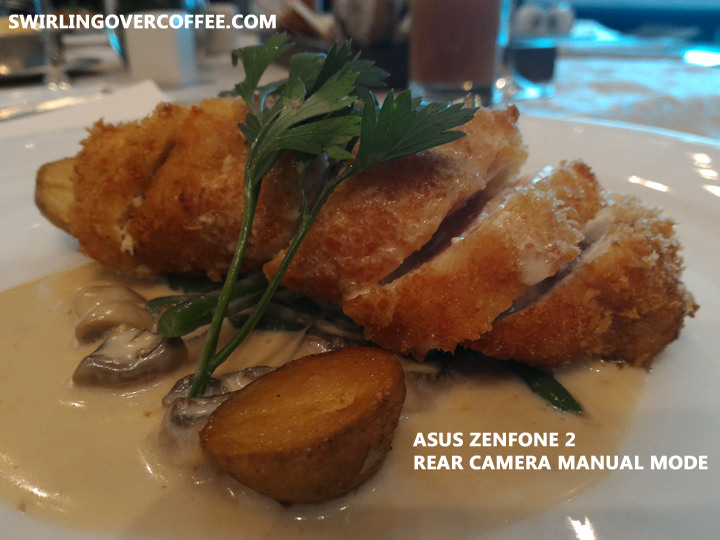 You can, however, already take action via manual mode. Image above: Focal length 3.78mm. Aperture f/2.0. Exposure time 1/20. White balance manually adjusted to tone down yellow ambient light. Thank goodness the ZenFone’s manual white balance adjustment is in Kelvin. Mine is not the best manual adjustment, I know. Experienced photographers can do better. This is just to show you that the ZenFone 2’s manual settings can get the job done.

Now let’s have some dessert. 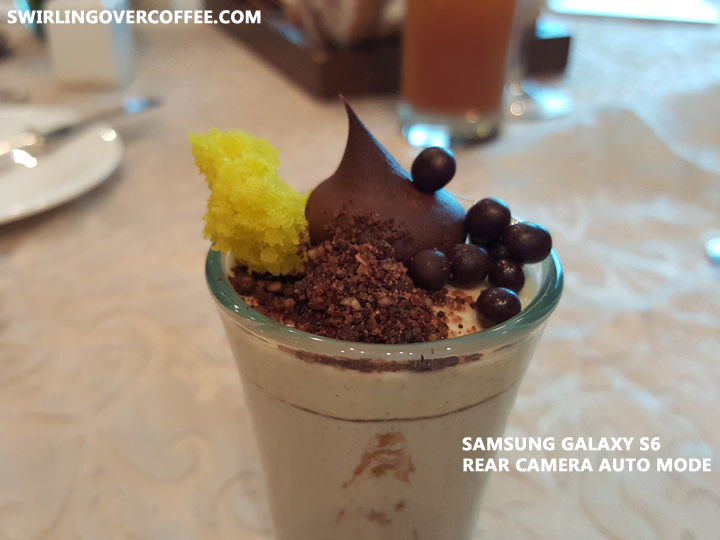 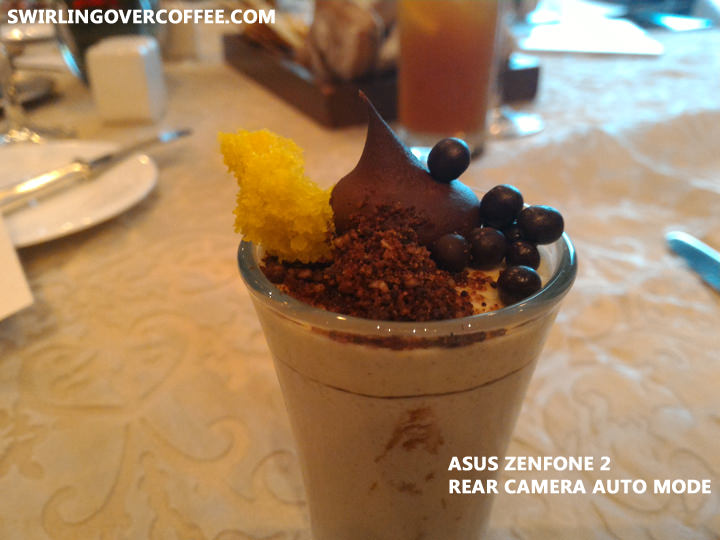 As said in our full review of the ZenFone 2, its shots, at least in auto mode, are not as detailed compared to those by flagships. It’s more obvious in a close up shot at a medium to low lighting scene. So while the ZenFone 2 can do great in most lighting scenarios (see ASUS ZenFone 2 sample shots), you can do a great deal more if you spend a little time in manual mode. Let’s browse the specs of each phone before the closing.

Special thanks to Bam Amor of Adobotech.net for lending me his Samsung Galaxy S6 for this post.

For a phone that can do a lot for the price it offers, the ZenFone 2 is currently unbeatable. Of course, if you want a rear camera that beats the Samsung Galaxy S6, one that has a better aperture (F1.8), more extensive manual features (more so than the ZenFone 2’s), and which even has an ambient light sensor (which neither the ZenFone 2 nor the S6 has), go for the P30-ish LG G4.

Still, the ZenFone 2’s rear camera is more than good enough for its price point, a feat that is slightly frightening because of what ASUS can offer for the price.

As proof, the ZenFone selfie just went the distance and offers 13MP cameras back and front with the rear camera having a laser autofocus, like the LG G3 and G4.

If ASUS offers a ZenFone next year (or by the end of this one) that has an F1.9 aperture along with 4GB of RAM, Samsung and LG may have to rethink what “premium” means – because all the leather and celebrity endorsers money can buy may not be able to save them.