The first commercially available modular phone, the LG G5, along with its companion devices (Friends), was launched in the Philippines on April 28, 2016. Modular means the G5 offers features added via attachable devices: pull out the bottom of the phone, including the battery, and replace it with either the Cam Plus (which adds grip and physical camera controls) or the Hi-Fi Plus with B&O Play (which adds Hi-Fi audio). The G5 has 7 Friends including the LG Rolling Bot (a la BB8 Droid) and the LG 360 VR goggle. 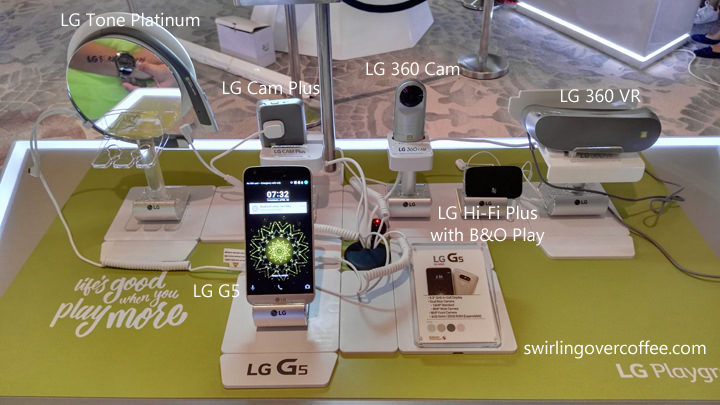 In a design departure from the LG G4 and LG V10, the G5 shrinks into a smaller display, lets go of the curved body look (of the G4), sports a lower battery capacity, opts for a metallic chassis, ditches dual front cameras (of the V10), offers no leather rear cover option (unlike the G4), leaves out a second screen (unlike the V10), forgoes water resistance (unlike the V10), and brings back side buttons (unlike the G2, G3, and G4). (See a short history of LG flagships here.)

On the plus side, the LG G5 has an always on 5.3-inch Quad HD display (for quick glances at notifications), a dual rear camera set up (one for normal and another for wide angle shots), 4GB RAM, Type C port, Qualcomm Quick Charge, 24-bit Hi-Fi Wireless Audio, and offers extendable features (the battery grip and Hi-Fi audio). The smaller body housing a 5.3-inch display is now more pocketable. Those with small hands may like the G5. 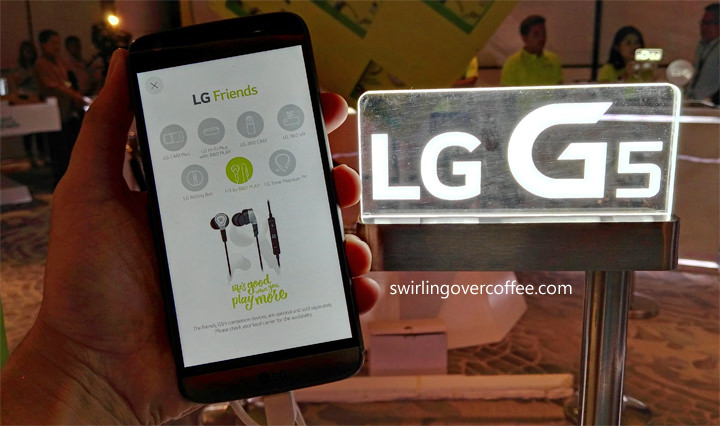 Before we post our thoughts about the G5, you need to meet its Friends.

Our thoughts on the LG G5

Because of LG’s decision to go modular, the G5 ditches the curves-in-your-hand faux metal back of the G3 and the luxurious rear cover leather feel of the G4, and even brings back side buttons. The previous designs, and perhaps this is subjective, seemed more alluring.

The LG G5 is behind in Selfie camera features. It has no front camera flash (unlike the ASUS ZenFone Selfie and Huawei Mate S), only has an 8MP front camera (the OPPO F1 Plus has a 16MP front camera and takes great shots in dim lighting), and forgets how awesome the LG V10’s dual front camera set up was (one normal camera and a wide angle one so you don’t need a selfie stick). 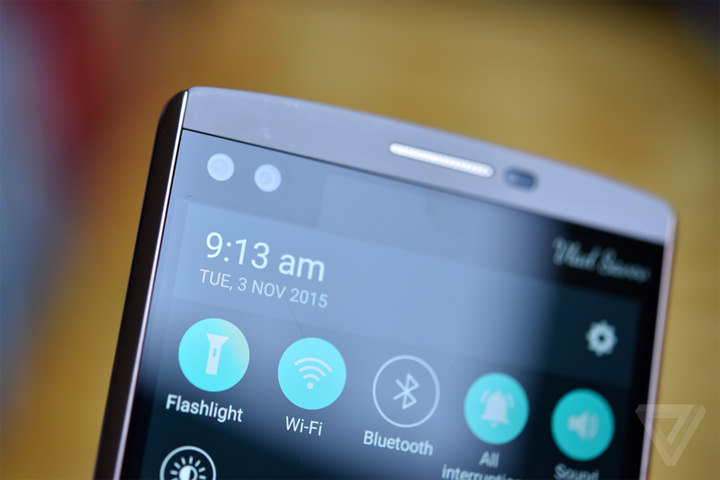 LG V10 mage above from The Verge, whose glowing review of the V10 appears here.

What’s missing from LG G5’s Friends list is what many gamers want to connect with their smartphones – a game controller. Imagine a modular gamepad with a higher capacity battery for longer hours of first person shooters and racing games. That would have been awesome! 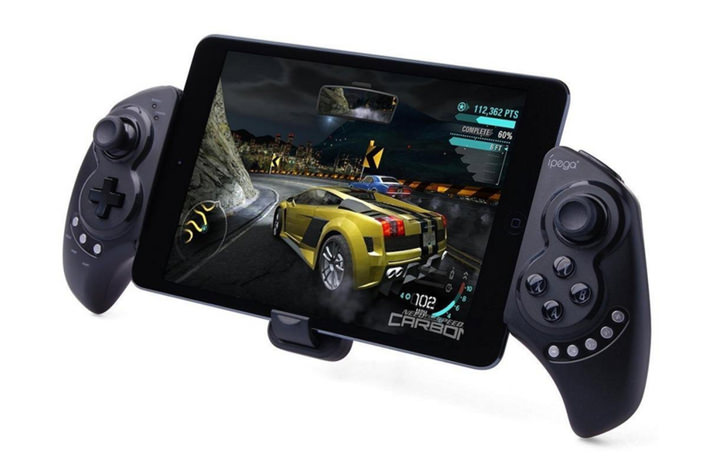 What are your thoughts on LG’s 2016 flagship phone?

Kaspersky Lab: Kids Spend More of Their Lives Online As They Grow Up

Send more love to your mom this Mother’s Day

Win a Trip to Phuket with Uber

Next Generation Nokia 2.3 Brings Powerful AI to Everyone

A Furtastic Valentine’s Day from BGC