Some of the features that made the LG G3 a wild success in 2014 – barely-there bezels, intuitive rear buttons, thin body, faux metallic look – all trickle down into LG’s midrange offers: a pen-enabled LG G3 Stylus and a smaller LG G3 Beat (a G3 mini, essentially). 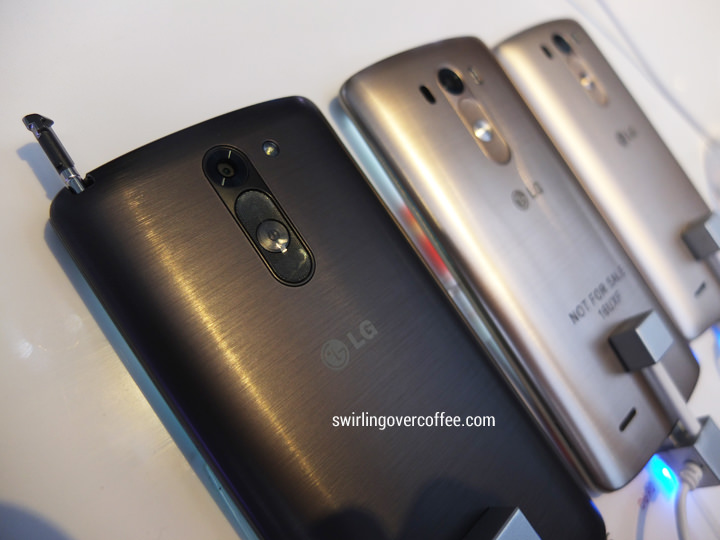 Above, from left to right:the LG G3 Stylus, the LG G3, and the LG G3 Beat. (For a bit of history, see LG Flagships Through the Years – from the Optimus G to the G3.) 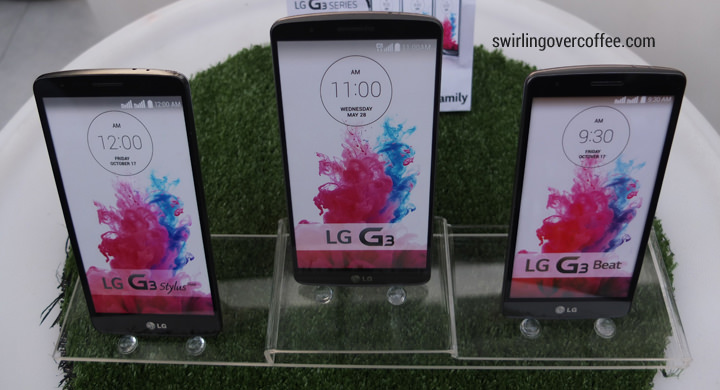 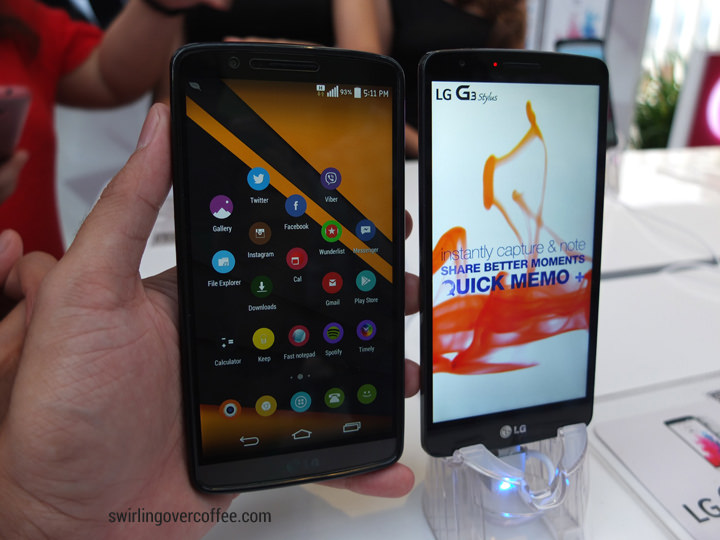 With the stylus hidden and without a closer look, you can’t tell the G3 (above left) from the G3 Stylus (above right). 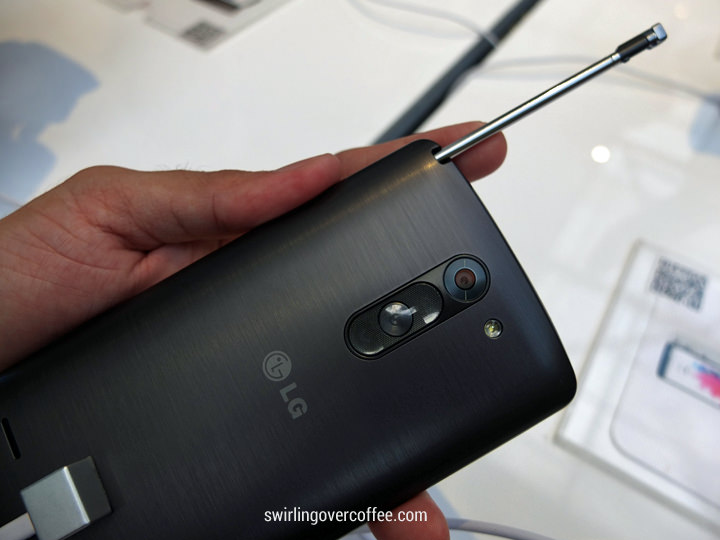 Even though the G3 Stylus’s display has no palm rejection, I found that I could still write on it legibly. This is good news: there are apps (like LG’s own Quick Memo) that allow you to sign documents, annotate on the side of them, or draw on maps. Or just plain navigate the G3 Stylus not with your finger buy with what some of us want to do anyway: use a pen.

The G3 Stylus has something that will delight all day phone users: a large 3,000 mAh battery.

I’m not a stylus-lover, but with my short time with the G3 Stylus, I noticed there’s something personal and “committed” when you use a stylus – it’s slower than using your fingers but the “lag” makes you think more about what you’re doing. 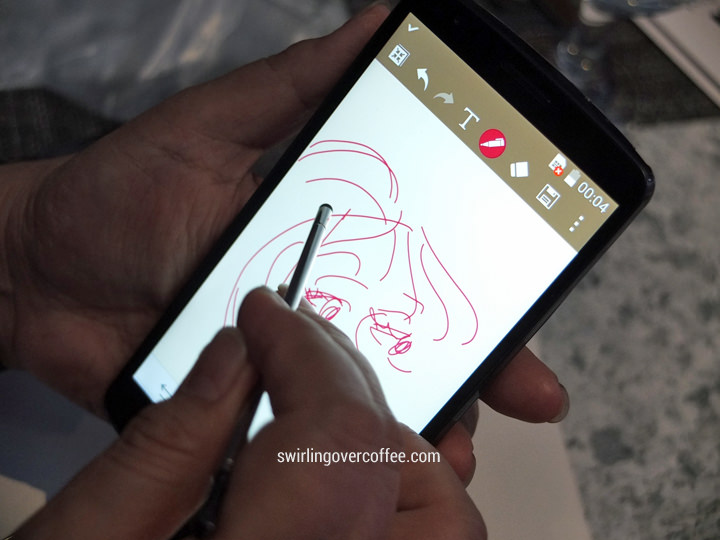 Manila Bulletin columnist Emi Abadilla immediately felt at home with the LG G3 Stylus’s stylus (see above), testing the pen’s surface resistance first and then later gliding on the 5.5″ display and even choosing each stroke’s color and thickness. 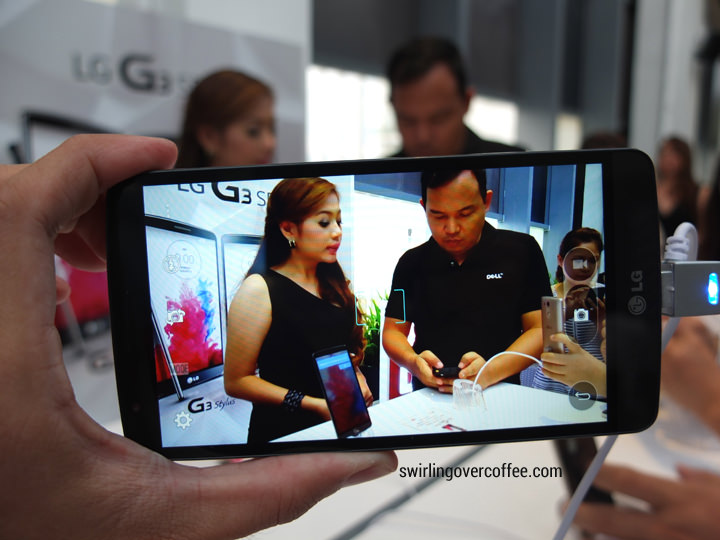 The G3 Stylus’s 13MP rear camera immediately adjusts to the event venue’s medium to low lighting, even quickly snapping this photo (above) of Raffy Pedrajita talking with a G Girl about work-related concerns. 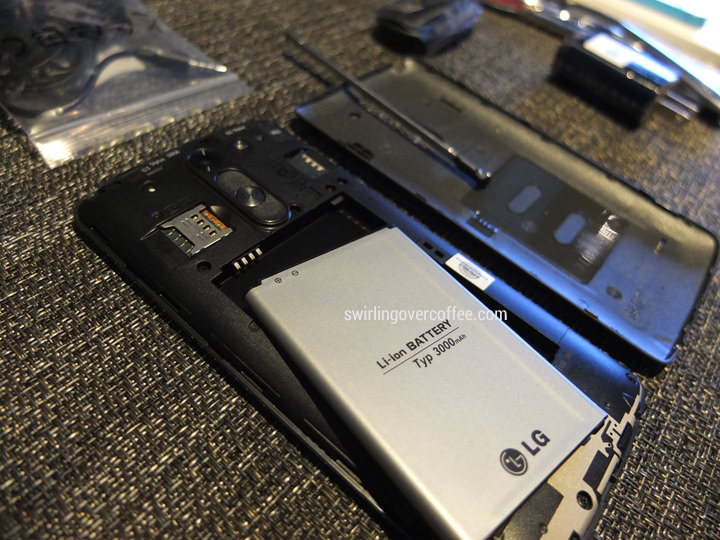 The Dual SIM LG G3 Stylus (on the spot unboxing above), at P16,990.00, costs about half that of the LG G3. If you’re looking for a good midrange phablet with a stylus, this is way, way cheaper than the Samsung Galaxy Note 4. (See Quick Review of the LG G3.)

Globe is now offering the LG G3 Stylus for free at Plan 1299 and it comes with 3GB mobile Internet, Chat Bundle, Photo Bundle, 200 texts to all networks, and 10 minutes of all network calls, plus free one month NBA League Pass Access, free three month Spotify Premium Access, and free one month Gadget Care.

LG G3 Beat – smaller, toned down specs, but with a fast camera

While the G3 Stylus gets the display size, battery capacity, and 13MP rear camera of the LG G3, the G3 Beat gets the G3 look and feel but in a smaller easier-to-hold frame and…a laser autofocus-assisted rear camera that was first installed by LG on the G3. 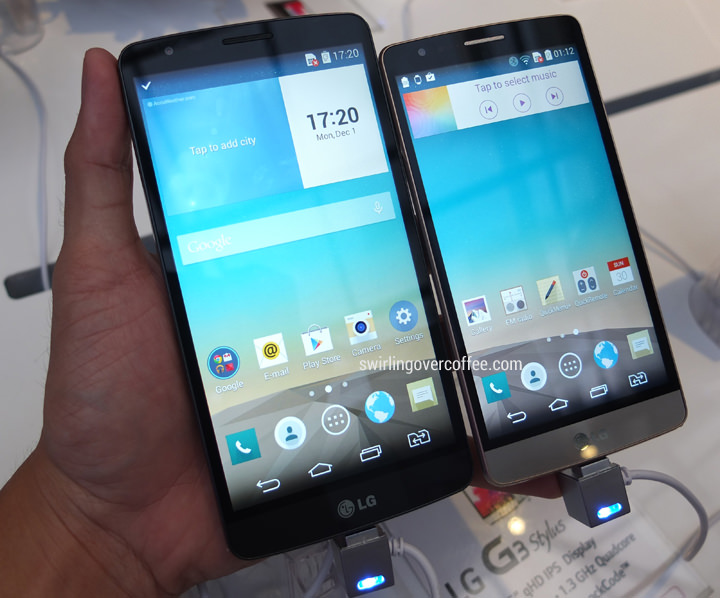 LG G3 Stylus on the left, LG G3 Beat on the right.

The result is a G3-esque phone with a fast camera for less than half the price of the G3 in a physique just as “tight” as that the LG Nexus 5. Laser autofocus also means touch and shoot shutter – meaning, the tap to focus is also the tap to capture. (See Five Features of the LG G3 Cameras.) 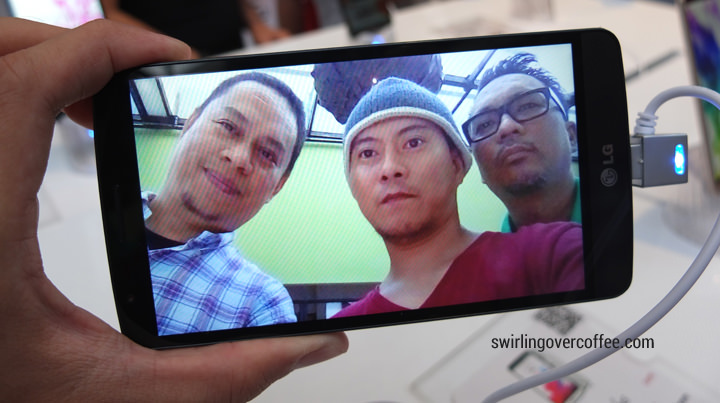 If you ever found the LG G3 overpowered and over your budget (or even a bit to big for your hand), but loved the G3’s aesthetics, then maybe a smaller “G3” – the Dual SIM G3 Beat – is right for you. (See Quick Review of the LG G3.) Above is a a group selfie shot that impressed all three geeks – Bam Amor, myself, and Enzo Luna – because that’s only a 1.3MP front camera and we were all against the light.

The LG G3 Beat is free at Plan 999 and comes with 1.5GB mobile Internet, Photo Bundle, 300 texts to all networks, and 15 minutes of all network calls, plus free one month NBA League Pass Access, free three months Spotify Premium Access, and free one month Gadget Care. (Also at Plan 999, Globe offers a phone and tablet bundle from LG – the LG L60 smartphone and the G Pad 7.0 WiFI tablet.) 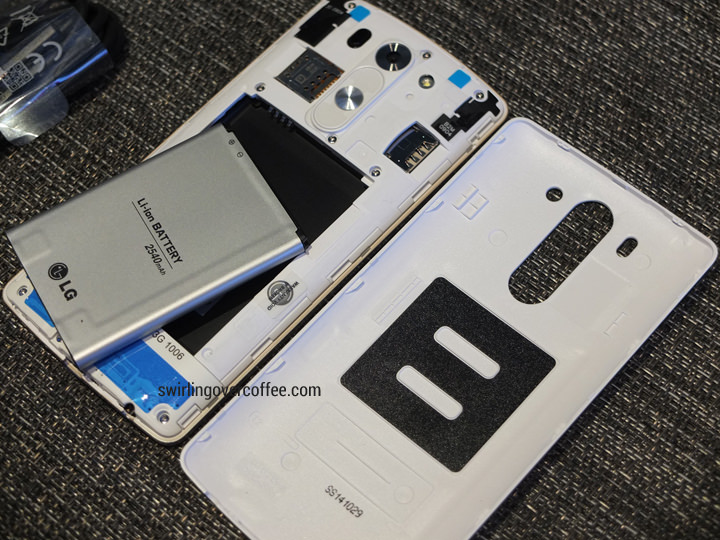 Above: LG G3 Beat on the spot unboxing. 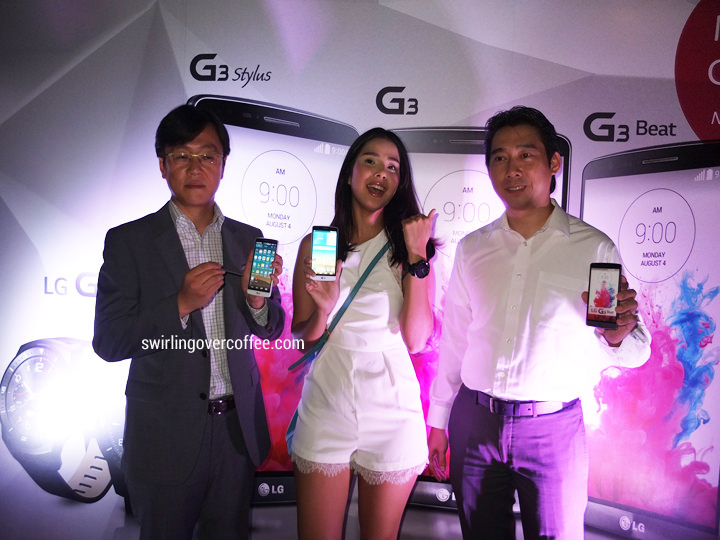 Both the LG G3 Stylus and the G3 Beat are now available at authorized resellers. Be sure to check out the dust and waterproof LG G Watch R (below), which was launched alongside the two additions to the G3 family. 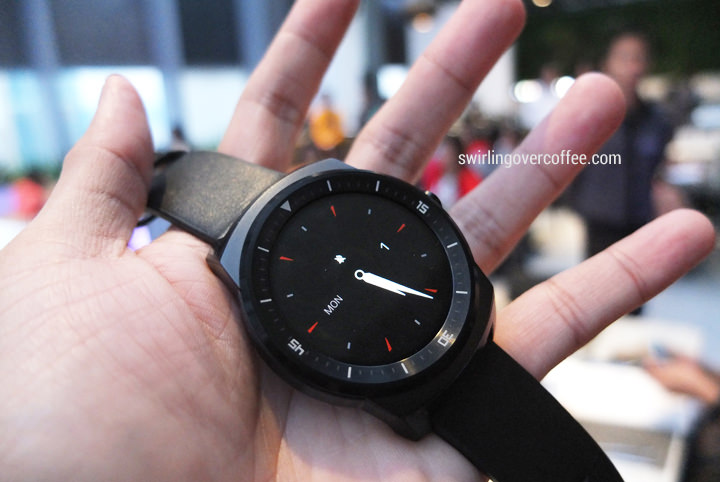 Lenovo rolls out affordable smartphones: dual SIM, 8MP quad-core S580 and the Rocstar A319 with 10 hours of tune time

This Safer Internet Day, Plan International Philippines, together with Twitter, launches the #NotForSale: A Safer Twitter Campaign and Resource Hub.

Lenovo’s Latest PCs for Home Entertainment and for the Family