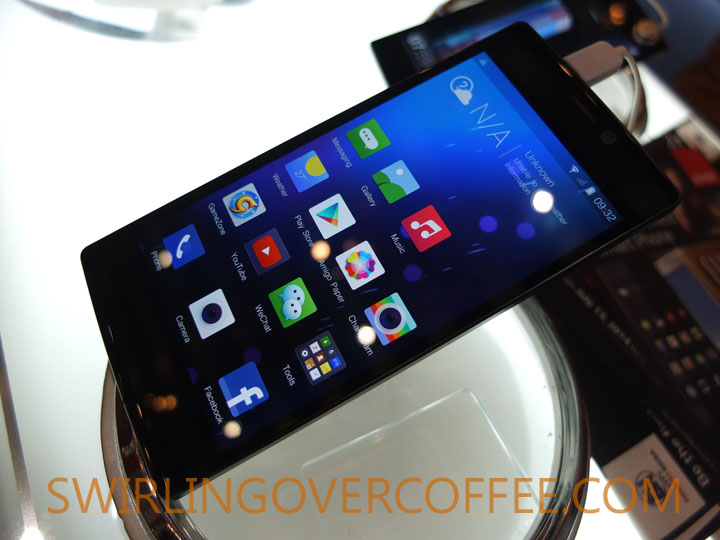 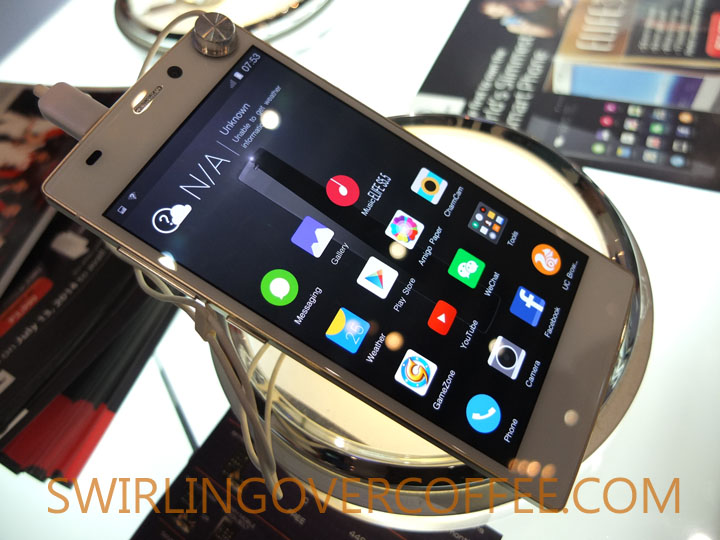 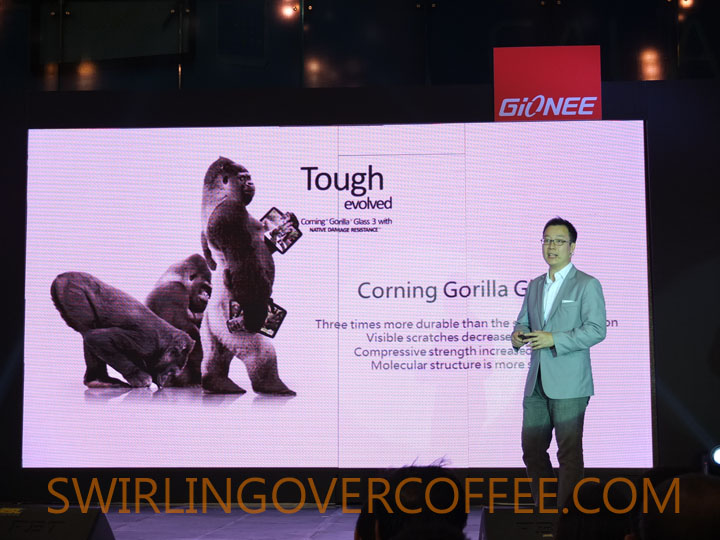 Oliver Sha (above), Head of Global Marketing at Gionee, walks the audience through the third generation Gorilla Glass 3 that makes up the front and back glass of the Gionee Elife S5.5. 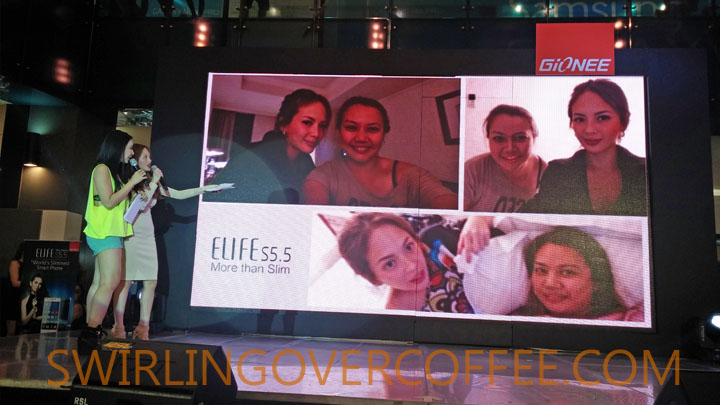 Gionee launch host Giselle Sanchez and Gionee product ambassador Ellen Adarna (above) showing the audience sample selfie shots of the 5MP wide angle front camera. Before this, Ellen kept tossing her Elife S5.5 on stage, only to pick it up, toss it again, and later take a selfie. 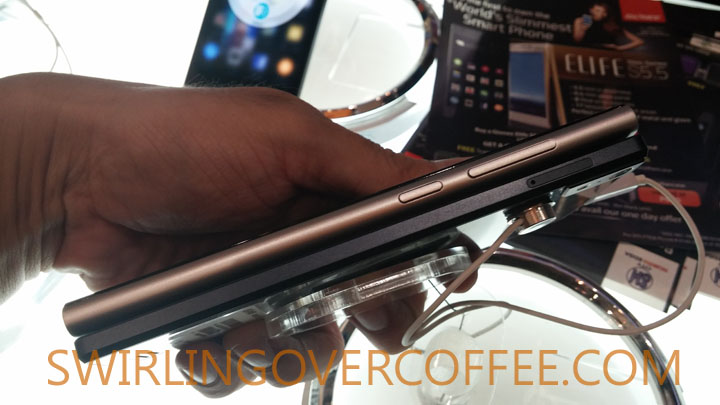 Above is the Xiaomi Mi 3 (shiny plastic silver) that’s actually thicker and a bit longer and wider than the S5.5. The Elife S5.5 is only 5.5 mm thin but is, according to Gionee, made up of 98 percent of metal and glass. You can actually feel the dense, solid hardness in your hand. 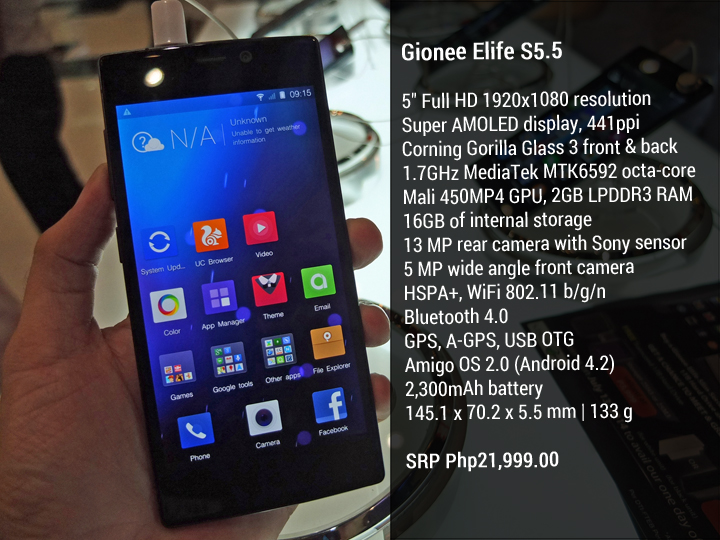 The front camera is also a strong point for the S5.5. Gionee has two camera apps – one for “normal” shooting but with a very advanced manual mode and another called Charms Camera, one with various fun tweaks. 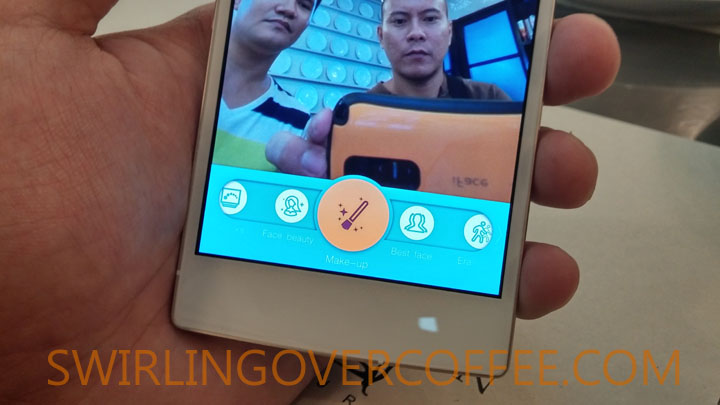 Above is the front camera taking a pic of JM Balicano (on the left) who is holding the S5.5 and me holding my LG G2 (the yellow colored-phone case). What you’re probably not noticing is how the front camera’s wide angle lens is wide enough to TAKE TWO PEOPLE IN THE FRAME. While the Huawei Ascend P7 may boast of a Panoramic Selfie feature, the Gionee Elife S5.5 can take in more people without having to swivel the front camera a lot. 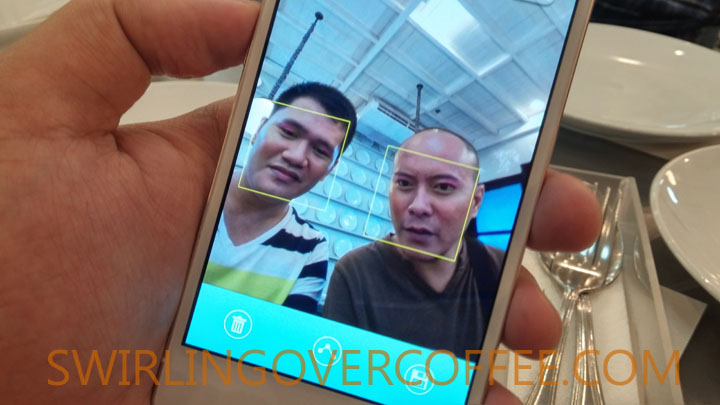 At the risk of looking less manly for our reading audiences, JM and I are demonstrating above a “make up session” involving two faces just shot with the selfie camera – one of the many features of the Charms Camera. 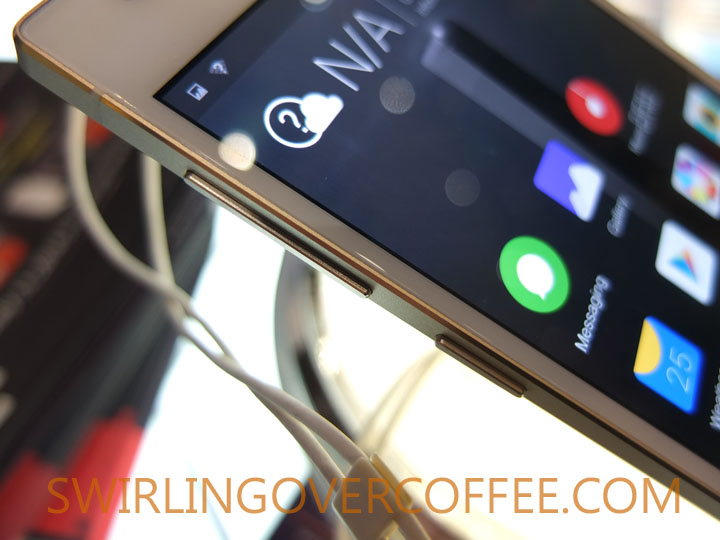 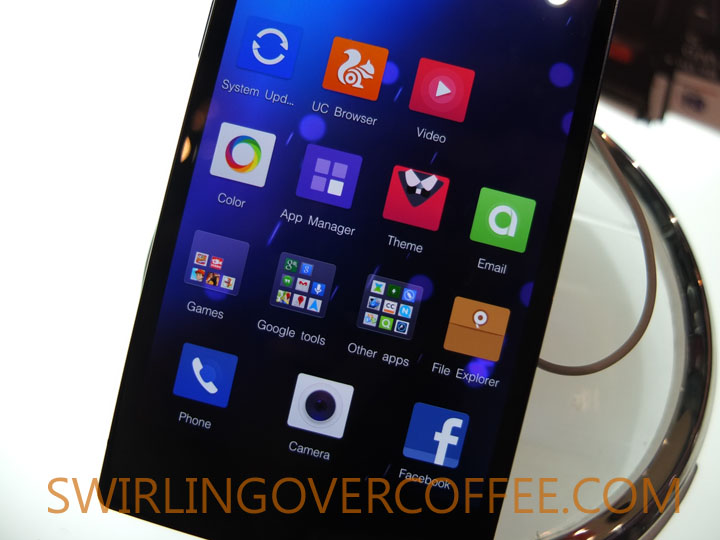 And finally, the Super AMOLED display of the Gionee Elife S5.5 is gorgeous – blacks are deep and colors pop out. 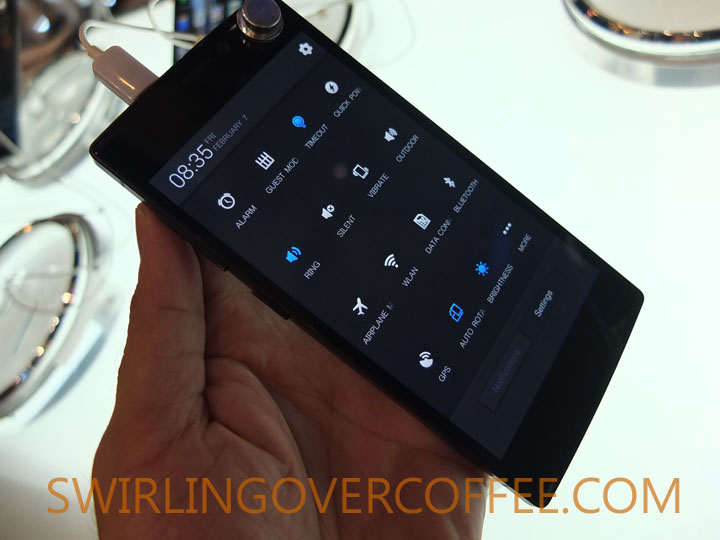 And that’s our hands on review of the Gionee Elife S5.5, currently the world’s thinnest phone. 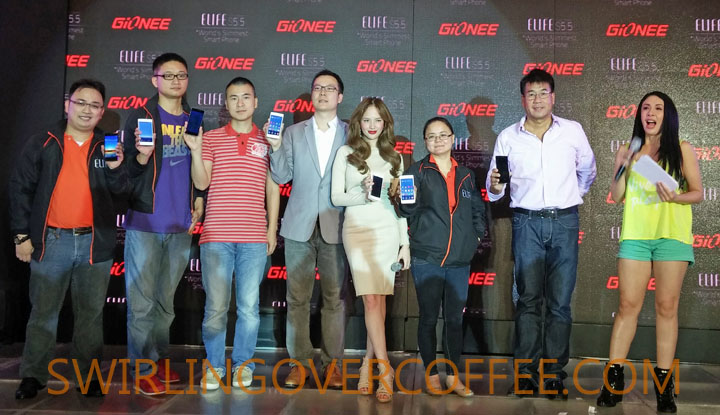 You are encouraged to do your own hands on – so here’s a list of Gionee Smartphone Stores that you can visit.