It’s a bit pricey at P18k, for a dual core Android. But the Huawei Ascend P6 never stutters, the screen is crisp and gorgeous, its size and thinness (6.18mm deep) allow one hand use, and the 5MP front and 8MP back cameras flaunt a real-time skin tone softener (10 level beauty shot), so you can preview your selfie (and tone it up or down) even before you key in the shutter. A selfie phone. You can even nose up the rear camera close to your Korean dinner, up to 4cm at that, for a clear macro shot. A foodie’s phone.

[Update 1: the price of the Huawei Ascend P6 has been spotted to have dropped to as low as P15k in some malls.] 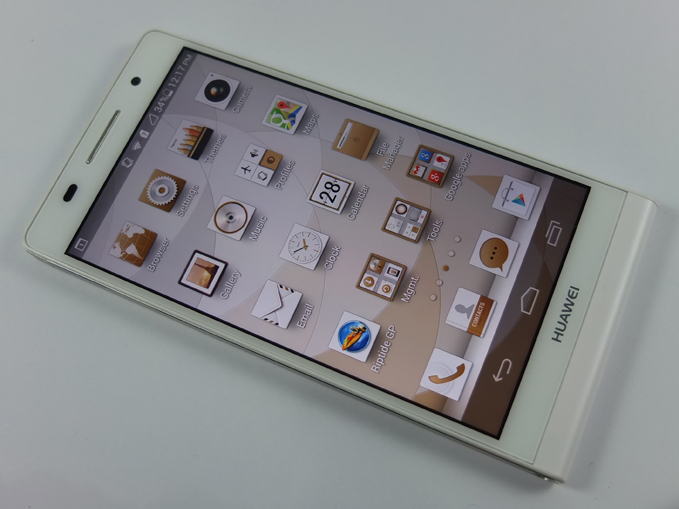 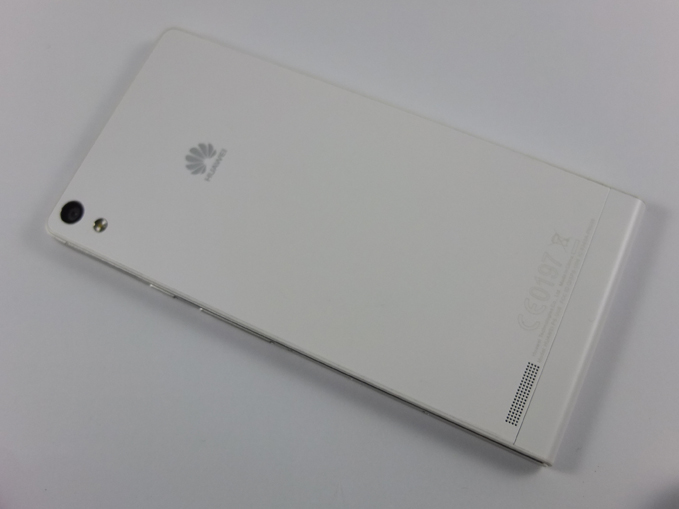 Kids and pets are the hardest to shoot: they’re always moving. The P6’s dedicated shutter key to the rescue. Single press to take one shot, long press to take burst shots. No more fumbling with menus. No more missed action shots. A parent and pet owner’s phone.

When you rest the P6 on a table, you’ll notice a symmetry between its angular physique and the round-edged square icons of the calm-looking Emotion UI. No one will mistake this for any other Android. Instead of looking bare, it comes of as Zen serene. Grip the P6 and it’s a solid thin slab of hardness: drop it and it will survive, stow it in your bag and it will not be crushed. That’s the impression your hand gets. Good luck finding these features, and attention to detail, in any local or rebranded under-15k Android out there.

Oh, and you get to win in “quick draw” sessions (with parents and fellow pet owners) when whipping out your phone and showing off photos (the 2GB of RAM assures speed). The Ascend P6, in your hand, is like a narrow and thin remote control even though its display is actually, diagonally, 4.7 inches (unlike other phablets). Pull it out of your pocket or bag, unlock, launch images, tell your story. Meanwhile, the other party is still unlocking her phone and navigating to her gallery while she sees, all the while and clearly, your crisp pictures (and even from the sides, because of the P6’s great viewing angles).

But I think a if not the selling point of the Huawei Ascend P6 is that pair of cameras, which, in tandem with the quick launching and loading time (again, 2GB of RAM) and one hand phone profile (slips into and out of your pocket swiftly) results in quick (if needed) and crisp shots. The P6 is probably one of the first intentionally selfie phones and, at the time of this writing, the holder of another title: the slimmest, at 6.18mm. 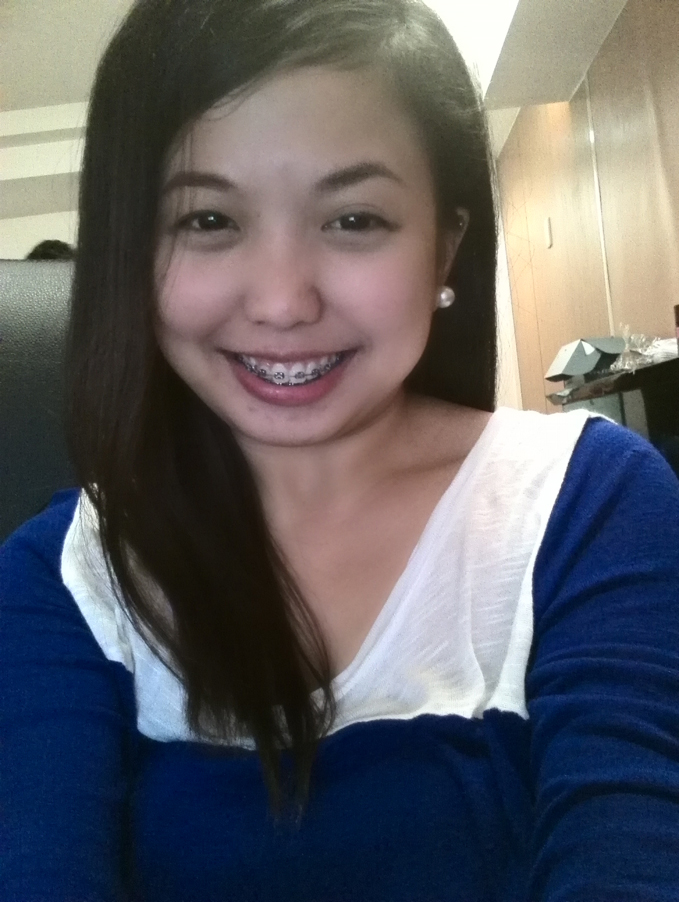 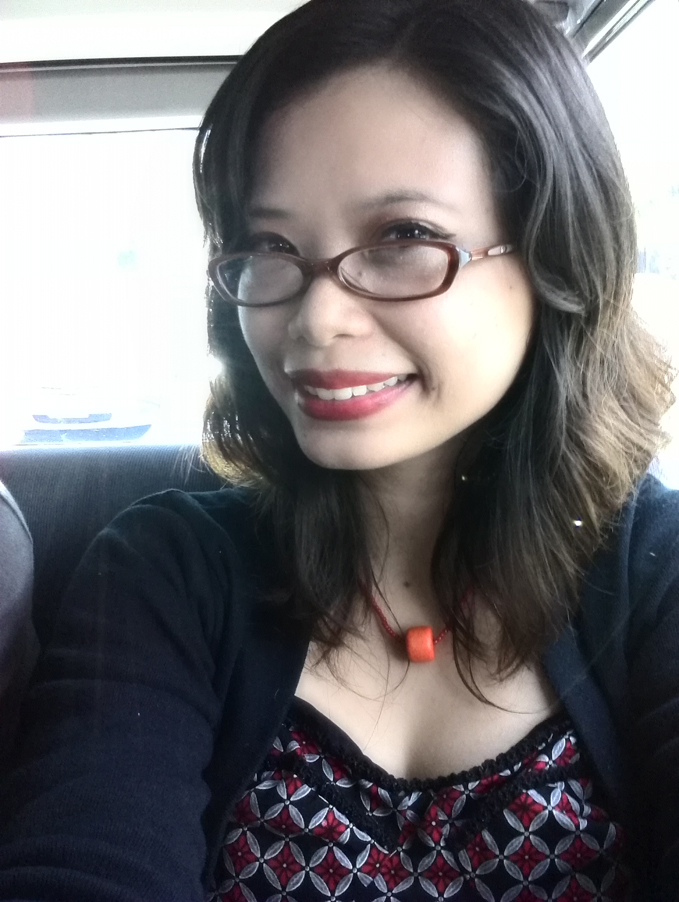 Irene Enriquez of GirlyGeek.ph fame. Selfie shot using the Ascend P6. I asked her to do a self portrait inside a moving van (no, she was not kidnapped; we were on our way to a media event) with pale afternoon light blinking in from both the van’s side windows. She also did the same pose using the Nokia Lumia 925, but though the 925′s shot showed just as good color reproduction and detail, Irene chose the Huawei Ascend P6′s over the other. Because you tend to go with pics wherein you look good. The P6, believe me, makes you look good. 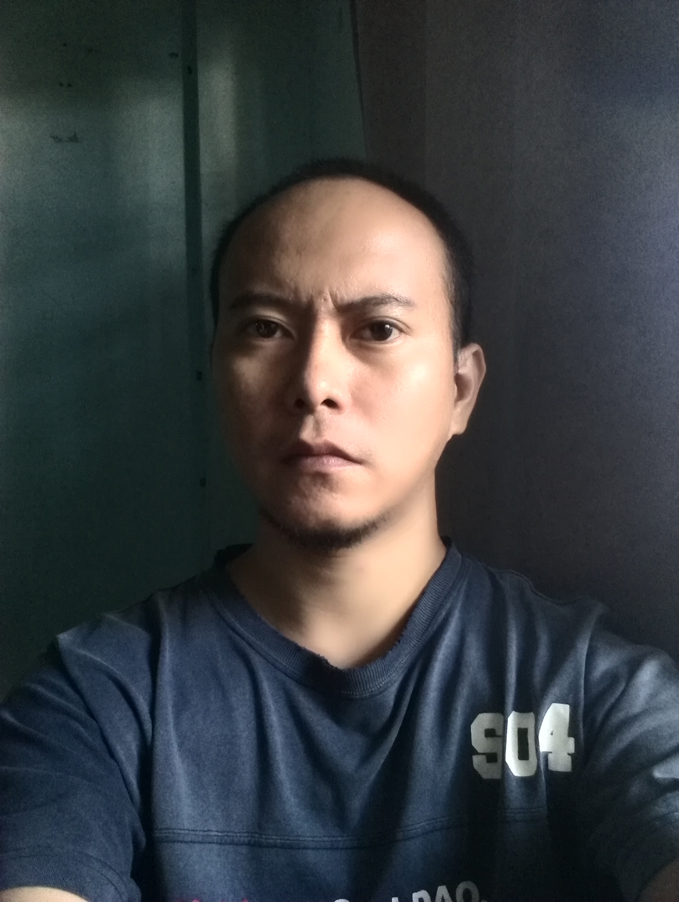 That’s me. Selfie via the Huawei Ascend P6. Usually I look like a takas-preso-na-nanunungkit-ng-sampay-sa-looban, but here. Whoa! Respect. 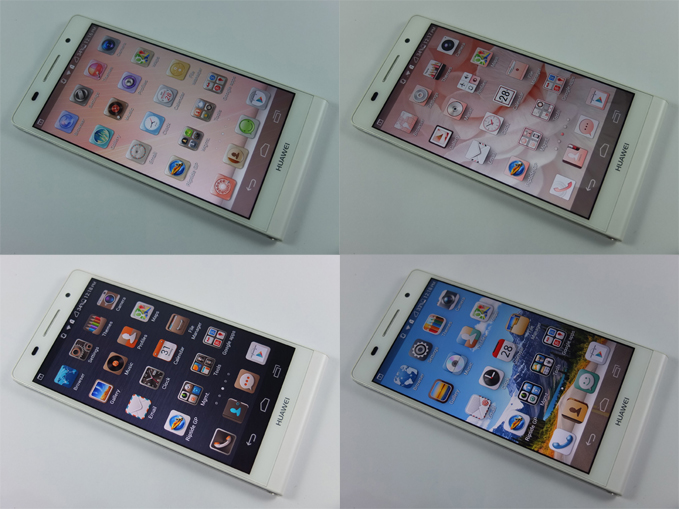 Let’s go over the Greats and Gripes, and some features, before we tell you to Go Get It (or not). 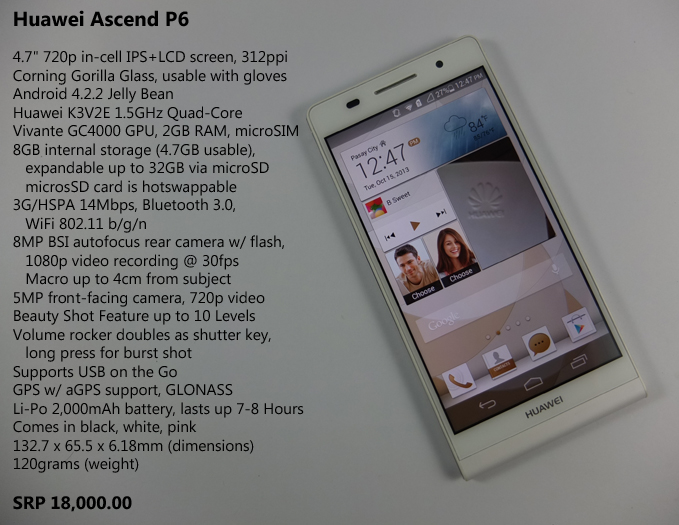 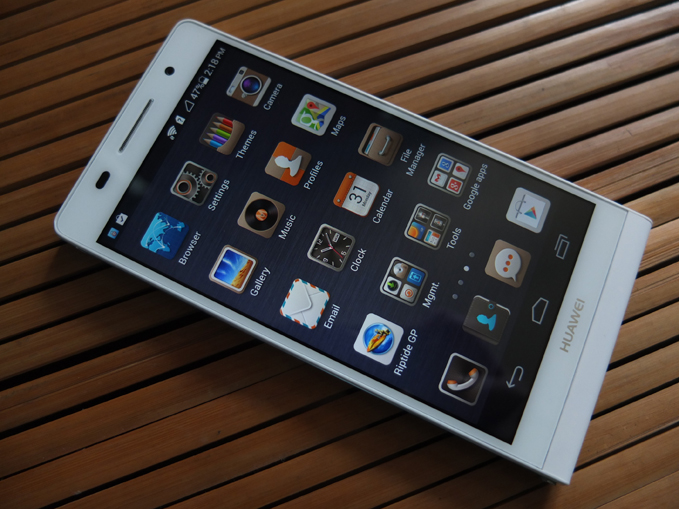 In the course of this review, I learned to appreciate the Huawei Ascend P6’s glass and metal hardness: it will not flex or bend or crack – my hand feels assured of that. (If you’re a klutz like me, you’ll love that.) Other phone makers mimic Samsung’s rectangular but with curved-edges looks and plastic through and through profile and slap on a 5” screen. Not Huawei.

Apart from the lack of LTE, average but tenable battery life (7-8 hours), the SIM card tray ejector you’ll most likely lose, and angular profile (the sides still tend to dig into the V of my thumb and index finger, but the comes-with rubber case solves that), the Huawei Ascend P6 is a solid offer.

For the most part, 3G speeds are enough for social media usage, and you can always get a separate LTE package if you’re torrenting on your phone. As for the intro price of P18k, there’s the Globe plan for you to consider. But if you’re loaded, it’s P18k.

We’ve reached a point when sub-5 inch dual cores can compete with multi-core and 5-inch-plus Android flagships. This is the differentiating avenue that Huawei has taken: user comfort taking into consideration heavy usage scenarios, in this case selfies and snappy UI and quick app loading and switching. It is also the path that Motorola, through the mid-range Moto X, took. But there is always a price for design choices.

Author’s Note:
An earlier version of this post appeared on Technoodling.net.

Boost fun and focus with the Moto G family