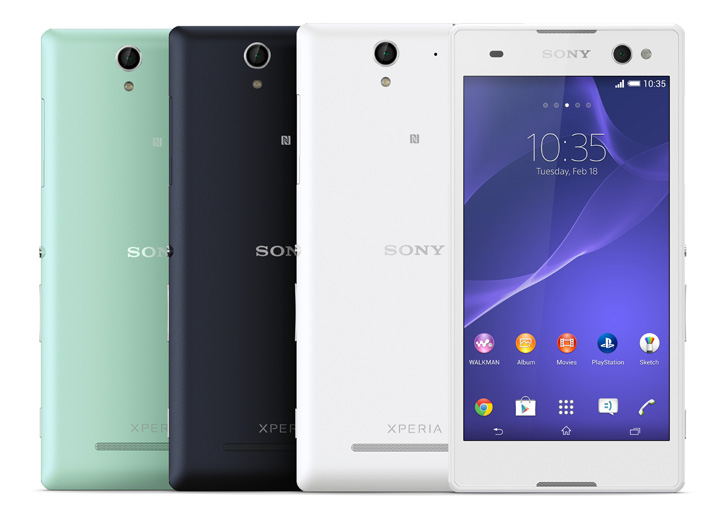 Sony may have just nailed the selfie phone formula: midrange specs, dual SIM, big display, just enough battery, LTE capable, but don’t hold back on the front camera. The key allure of the Sony Xperia C3 is its 5MP wide-angle front camera with an 80 degree field of view plus a “soft LED flash” that won’t make you look like a pale corpse. 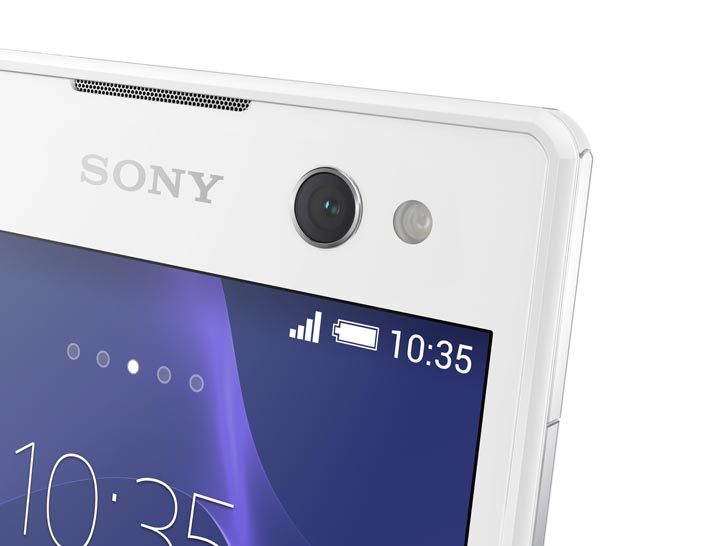 That’s not all, the Xperia C3 is said to be the first smartphone to have an auto mode on its front camera – a feature, as with deep menus and manual tweaks, that’s usually only available for the rear camera. It’s called Superior Auto mode and it takes care of choosing the optimal settings based on the scene, including HDR (no more washed out against-the-light selfies). As with other phones with selfie cams, the Sony Xperia C3 also has beautification mode (smoothens your skin), smile shutter (smile to take a shot), and augmented reality features (just watch the video below to see). Portrait Retouch allows you to see changes in real time, before you key in the shot.

Sony solves two complaints against selfie cameras – no flash, and no automode. Usually it’s just a 2MP camera, grainy shots in medium to low light (gets worse in low light), and good luck with taking pictures against the light. 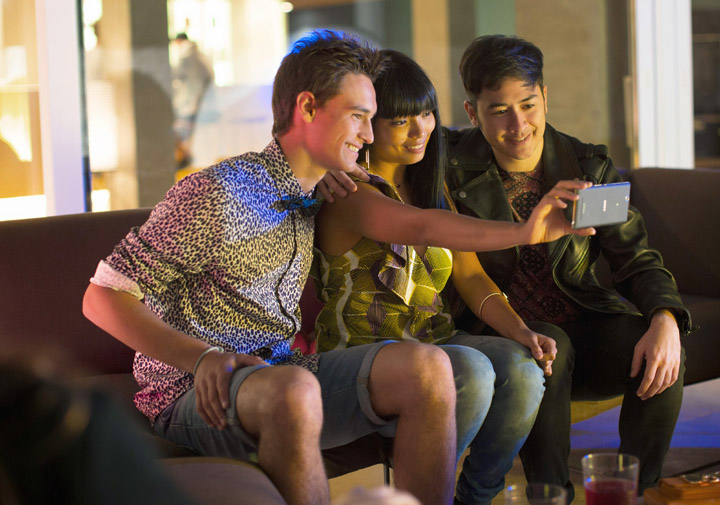 Well, if your friends look this good, you owe it to yourself to get the best selfie camera.

Sony isn’t the first to offer a selfie-capable phone. The HTC 8s may have been the first to run a 5MP wide angle lens selfie camera, which was duplicated by the Huawei Ascend P6 with a beauty shot feature thrown in. The Ascend P7 ups the ante with an 8MP selfie cam capable of panoramic selfies. But none of these offer any kind of front facing illumination.

LG may have been the first to offer a non-LED flash illumination in their flash for selfie, a feature found in the LG L Series III, LG G Pro 2, LG G2 Mini, and LG G3. Flash for selfie uses the borders of the phone’s display as a source of diffused white light to shine on the selfie-taker’s face.

Then the Oppo N1 came along, with a dual-facing camera with LED flash – you use only one camera and swivel it to face you when taking selfies. But the flash may not be as soft or diffused enough to be forgiving on one’s skin in low light settings.

Check out Sony’s own history of selfies here.

Expected release is August 2014. No official word on pricing yet.

Acer Unveils New Predator 15 and 17, its Most Powerful Gaming Notebooks Ever

Microsoft and Code.org team up to bring ‘Minecraft’ to Hour of Code

With its Milestone of 20 Million Users, Freelancer.com Celebrates the World’s Largest Online Community of Employers and Freelancers