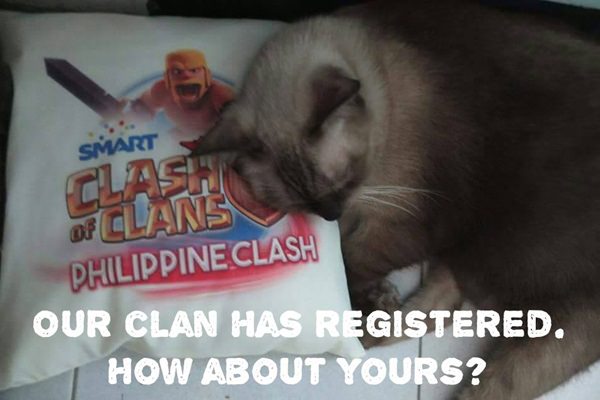 [July 24, 2015] Clash of Clan (COC) fans all over the Philippines may now gear up for their ultimate battle as wireless services leader Smart Communications, Inc. (Smart), the mobile subsidiary of PLDT, has finally opened the nationwide online registration for the Philippine Clash 2015.

The country’s biggest COC tournament, Philippine Clash 2015 covers five key regions and offers over P2 million worth of prizes – the largest prize pool ever offered in a local gaming competition. The competition builds on the success of Clash of Summer, the country’s first ever stand-alone COC tournament held in Taguig City last May, also supported by Smart. 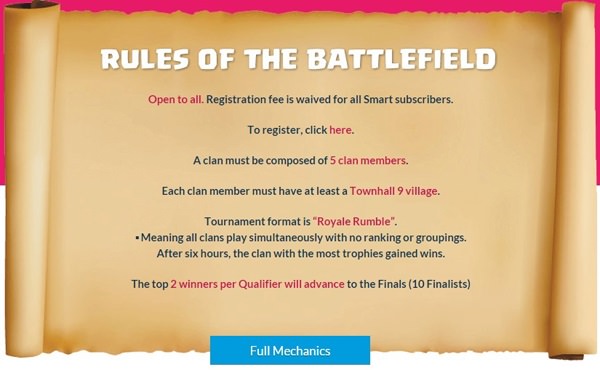 “After sending netizens abuzz with our big announcement last week, Smart is thrilled to officially open the registration for Philippine Clash 2015, and kick off the nationwide search for the country’s top COC team,” said Mellissa Limcaoco, head of Smart’s Innovation and Product Development Group.

“This is the perfect venue for COC gamers and fans to meet face to face and learn strategies from each other in a friendly but definitely tough competition, and we are doing this in line with our efforts to support the many passion points of Filipinos, including mobile gaming.”

To make all this possible, Smart has teamed up with no less than the country’s biggest names in eSports, including the Philippine eSports Organization, Inquirer eSports, SM Cyberzone, and the Philippine Clash of Clans Battleground – the biggest online community of COC players in the country.

To join the competition, a clan must have five members, with each member maintaining a Town Hall Level 9 Village. Interested clans may sign up at www.smart.com.ph/pages/PhilippineClash2015.

The competition will follow a Royal Rumble format, which means all clans will play at the same time without rankings or groupings. The top two clans with the most number of trophies gained after six hours of battling it out will automatically advance to the Philippine Clash 2015 Grand Finals set on Sept. 26 at SM Mall of Asia.

The Philippine Clash 2015 Grand Champion will take home a grand prize of P500,000 in cash. On top of this, each member of the winning team shall receive a brand new Samsung Galaxy S6 phone and Smart Bro Pocket WiFi.

Exciting prizes also await all the remaining finalists, with the Second and Third placers taking home P300,000 and P200,000 in cash, respectively, plus Smart Bro Pocket Wi-Fi units for all their members.

Each leg of the Philippine Clash 2015 will also feature tutorials by COC experts, meet-and-greet sessions with the country’s top clans, as well as games and raffle of gaming gadgets.

To excite the fans even more, representatives of Supercell – the Finland-based game developer of COC – as well as popular COC YouTube personalities Chief Pat and Galadon, who have drawn a huge following around the world for dishing out tips and strategies, are flying in to grace the Grand Finals.

The top mobile game in the country today, COC is one the many mobile games which Smart Prepaid subscribers may enjoy anytime, anywhere using the Entertainment Bundle, a feature-packed offer which provides 300MB worth of access to mobile games, YouTube videos and other online apps; 30 minutes of calls to Smart and Talk ‘N Text; and 150 texts to all networks – all valid for three days for just P50.

For the full mechanics of the competition and details of the Philippine Clash, visit www.smart.com.ph/pages/PhilippineClash2015 and follow Smart’s official accounts on Facebook (www.facebook.com/SmartCommunications) and Twitter (@SMARTCares) for updates.

CloudPad One Series: It’s no longer just ONE

Holcim to Step up Use of Alternative Fuels to Manage Costs, Help Address PH Garbage Crisis

Zoloz, an Ant Financial Company, Certified as ISO Compliant for Its Biometric Technology