The 73rd annual Golden Globe Awards will be hosted by Ricky Gervais and will take place on Monday, January 11, 2016 from its traditional haunt at the Beverly Hilton Hotel.

Shown live at NBC, festivities start with at the Red Carpet by 7:00am MLA/JK/BKK.  The awarding ceremony starts at 9:00pm MLA/JK/BKK.

2 actresses in 2 RTL CBS shows are nominated: Robin Wright in House of Cards and Maura Tierney in The Affair. 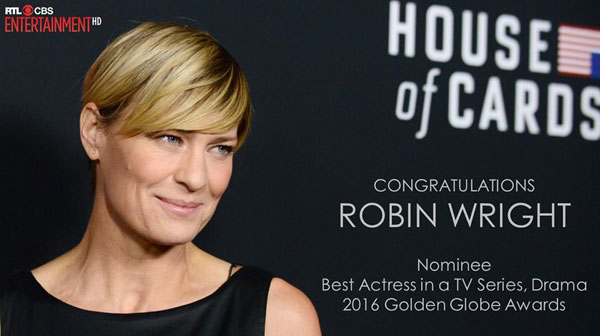 This is Robin Wright’s 3rd nomination for Best Performance by an Actress in a Television Series – Drama.  She won her first nomination on 2014 but lost to Ruth Wilson in another RTL CBS Show: The Affair.

Maura Tierney is on her first nomination for The Affair. She is nominated on the category Best Perfomance by an Actress in a Supporting Role in a Series, Limited Series, or Motion Picture Made for Television.

Let’s hear the voice of the Gulp Generation!

Filinvest and HardieFlex® on Building the Filipino Dream