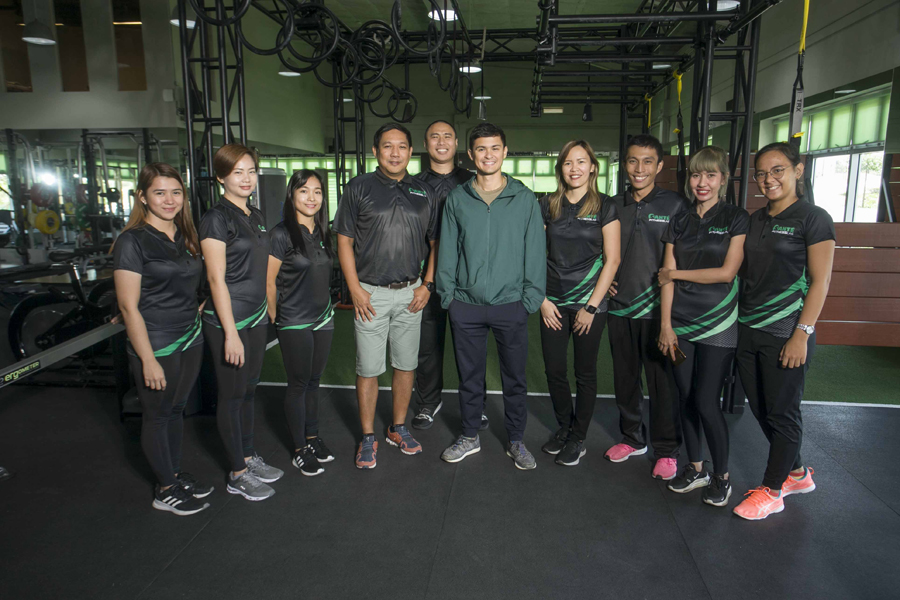 A Tell-All Tale: Matteo Guidicelli on Choosing the Right Partner

Taking on a healthy and active lifestyle is not an easy feat, let alone if you are taking on the kick-ass world of triathlon. For Matteo Guidicelli, this endeavor goes beyond weeks, months, or even years of training since it requires a change of lifestyle to achieve success.

Matteo, for one, is no stranger to success—as a model, singer, actor, performer, and endorser—some of his greatest feats came from being a determined athlete. He started at 11 years old as a Kart racer and, his dream then, was to become the first Filipino Formula One Racer.

While racing in Formula One did not become a reality for him, different doors opened that led him to show business and then later, in the competitive field of triathlon. According to Matteo, he sees triathlon as a passion and lifestyle since it is something that he loves and chooses to do.

Triathlon as a passion

He started participating in triathlons six years ago, because of his father, Gianluca, who has been searching for ways to pursue a healthier and more active lifestyle. It led them to the exciting sport of triathlon through their friend, Noy Jopson, who is a triathlon coach.

Matteo was humbled when he learned that there is more to triathlon than he thought. At first, he thought about why he would rather swim, bike, and run when he could just go to the gym. However, when he went biking with his father, he felt incredibly challenged that he could not keep up. It inspired him to strive and be better at the sport.

Along with the positive and supportive triathlon community, he started training harder and setting some personal goals. He stopped thinking of triathlon as ‘boring.’ Now, ee even considers it as one of his passions.

“Triathlon is something that keeps you healthy. It’s not just about enjoying the sport alone. It’s about the community and the healthy lifestyle that comes with it,” he said.

He cherishes the entire triathlon community along with the friends he meets while doing it and his experiences with them. “Everybody understands each other. We all wake up early, run, and bike,” he said.

Training for a triathlon requires great discipline to develop the stamina and endurance needed to conquer the race. Matteo emphasizes the importance of preparation and hard work when it comes to triathlons.

“If you just expect yourself to win without preparing, it won’t happen. Preparation for triathlons is pretty intense but when you get your ground game going, your training and grabbing experience from doing triathlons already, it’ll become easier,” he said.

In his training routine, he mentioned that he has greatly matured in terms of discipline and understanding his body. He started to watch closely the energy he spends, as well as the control and strategy he needs to maintain his body. He also stopped going all-out with no regard for his body’s limits. This transition shows his great appreciation for the grueling sport.

“You need to be passionate about everything you do. You need to pour all the love into it and work hard for it. What are goals without dreams and, what are dreams without goals?” he added.

When it comes to his diet, he gleefully said that the great thing about triathletes is that they can eat as much as they want because they spend tons of energy in the sport.

Matteo noted, on the other hand, the importance of having the right coach by your side when training for a triathlon to guide him in attaining his personal goals and records.

“You should not think you know the best and everything. If you get to that point, that’s when you start to fail. I believe it’s very important to have a mentor to look up to and somebody and guide you,” he said.

For Matteo Guidicelli, passion, determination, and hard work are the three things an athlete needs to be successful in triathlon. To keep himself in top shape, he also needs to find the right place to train. He said that it is important not only to find a place where you can train and work hard to put your body in top shape but also to find the perfect place to train and recover.

These days, you’ll see Matteo training at the Sante Fitness Lab (SFL), a game-changing fitness and sports performance training hub found at the heart of Vermosa in Cavite that offers innovative and holistic fitness programs for everyday to professional athletes, and with services like sports rehabilitation and performance testing.

“SFL is a state-of-the-art fitness lab. They have everything here–from the fitness programs and equipment to the best coaches and nutritionists. SFL is also a great facility and the best place if you don’t want to get injured or if you are injured because of their rehab and post-rehab facilities,” he said.

SFL is at par with the country’s premium fitness brands with its complete top of the line equipment for cardio, strength, speed and agility. But unlike other gyms, the difference is in their expert programming and coaching. Through SFL’s distinct programming system where baseline assessment and progress monitoring are critical and scientific principles and methods are applied by coaches, you can be assured that you can achieve your goals safely and effectively as everything is well thought of and planned for, whether it’s for jumpstarting your fitness, weight loss, recovering from an injury or training for your sports.

Athletes of all levels can also take advantage of other the services to up their game such Recovery, Sports Rehabilitation, Sports Nutrition and Performance testing.

Matteo was recently introduced as the newest brand ambassador of SFL. A few years ago, he would see the Santé Barley TriTeam members racing with him in triathlons and dreamed of being a part of the family.

“I feel that I am truly at the Home of Champions whenever I go here. I’m very happy that I’m now part of the SFL family. With SFL, I found the right partner in achieving my fitness goals and leading a healthy and active lifestyle,” he said.

Amid Pandemic, Fintech Company Continues Operations to Serve the Public