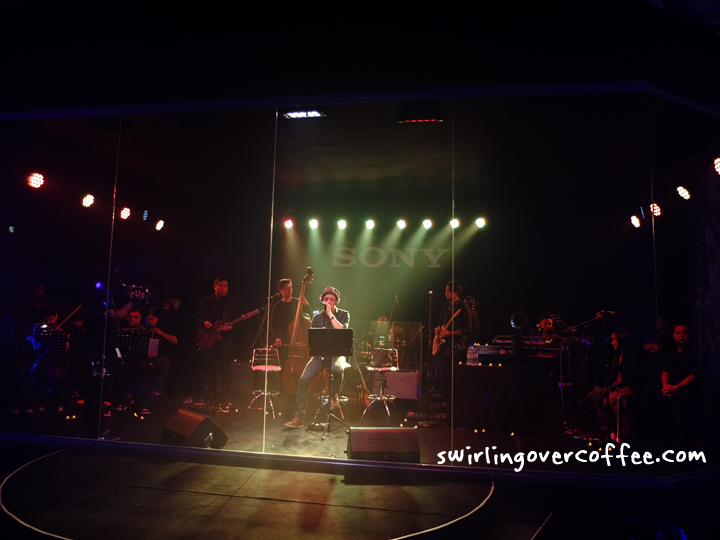 What a spunky idea. Sony held a silent concert – silent because we all wore Sony High Resolution Audio Series Headsets – and this small gathering underlined that which cannot be undermined: Music Deserves Respect. The who and the why, for one night only, were intertwined: Sony music ambassadors Ely Buendia and Bamboo Manalac sang behind a glass wall, a mimic of a controlled studio recording environment, where sound is sacred. 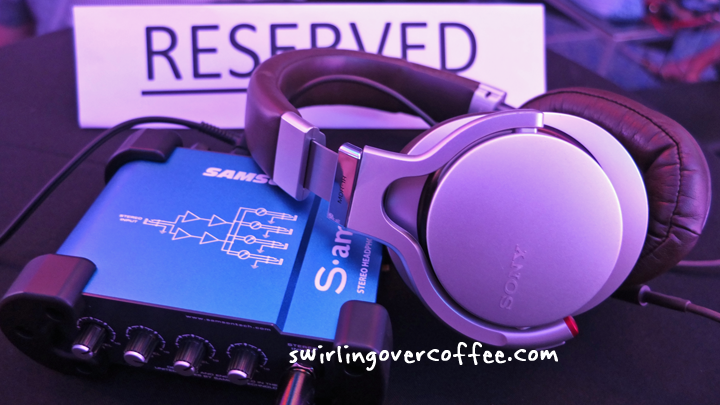 The Sony MDR-1RMK2, one of the High Resolution Audio Headsets loaned to audiences at the concert. 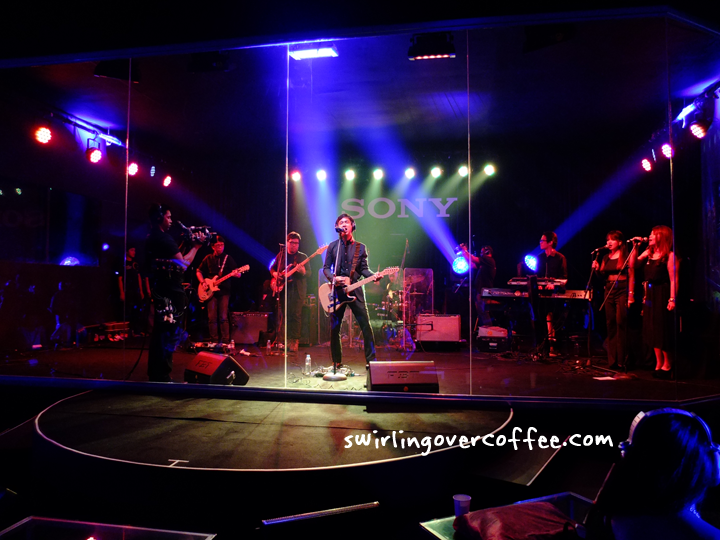 With no headset, you would only hear the hum, and faintly, through the glass. Here’s the why: Sony wants you to know that Great music deserves Great quality audio gear. And here’s the verdict: they’re right. I stood for four hours near the glass stage for my two ears to hear two idols sing. No regrets. 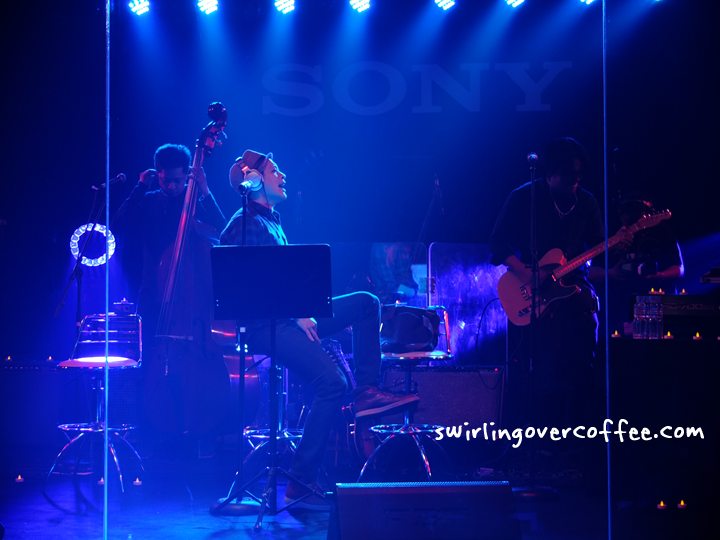 Bamboo. If you’ve seen him live, then you know of the physicality of his performances. The swivel chair at the center of the glass stage did little to keep him down.

Private Listening Sessions While in a Crowd

Audiences were loaned Sony High Resolution Audio Series headsets – the MDR models MDR-1RBTMK2, MDR-1RMK2, and MDR-10RC. At the start of the program, they were instructed to plug in their headsets into a sound amp box.

You may also wish to watch the video of Eli’s performance at Sony Centre Alabang, where the Sony MDR Series was launched. 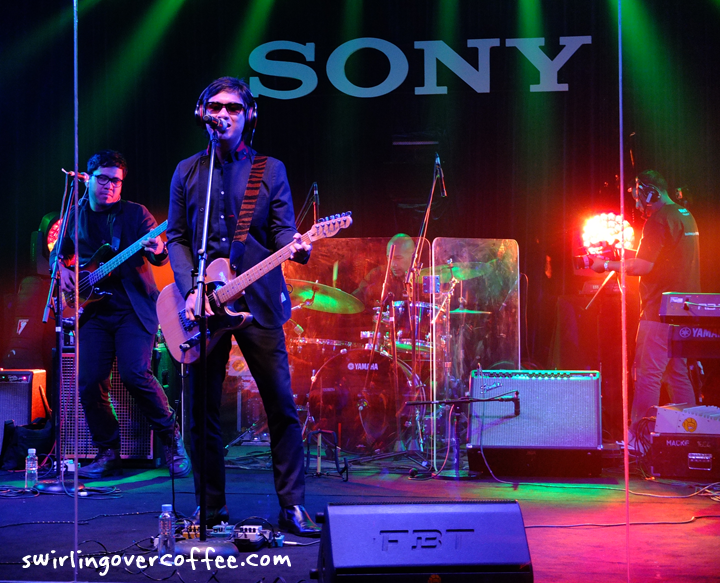 At one point, Eli Buendia rocked his guitar from side to side, but there was something amiss: there was no music. He wasn’t singing, the drums were silent, the back up singers merely stared at the once head Eraser. Then, Eli gently kicked the mic stand, which fell and leaned against the glass. One of the crew rushed to level the mic and steady it, as the musician’s eyes darted to and fro. Eli explained, “Ang kulit nung langaw eh.”

When the Sony MDR headset series was launched, the campaign emphasized the need to understand the hours spent by musicians to record their music and the hard work shouldered by the team who assembles the studio. But for one night only, Eli and Bamboo were heard in the same way music, inside that glass-fronted “cage”, is produced. You can call it its purest form. 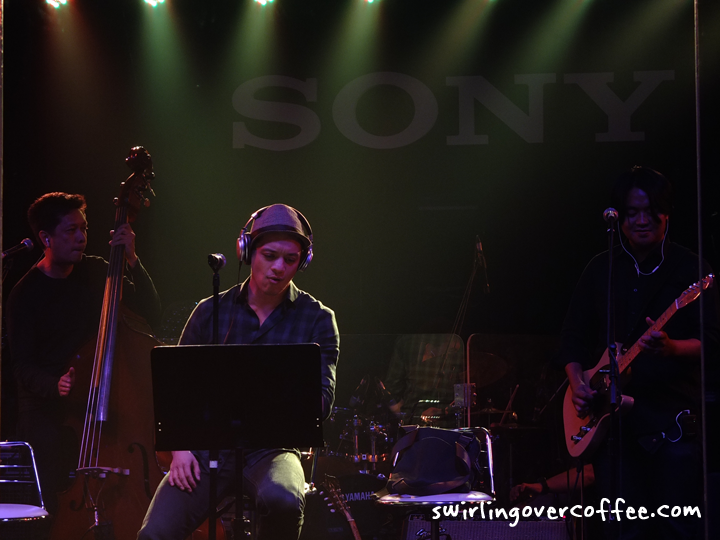 Of course you can’t BE with Eli or Bamboo as they record their music. But there is a way to honor the sound, and get as close to recording studio quality every time. And we all wore one on that silent concert night. 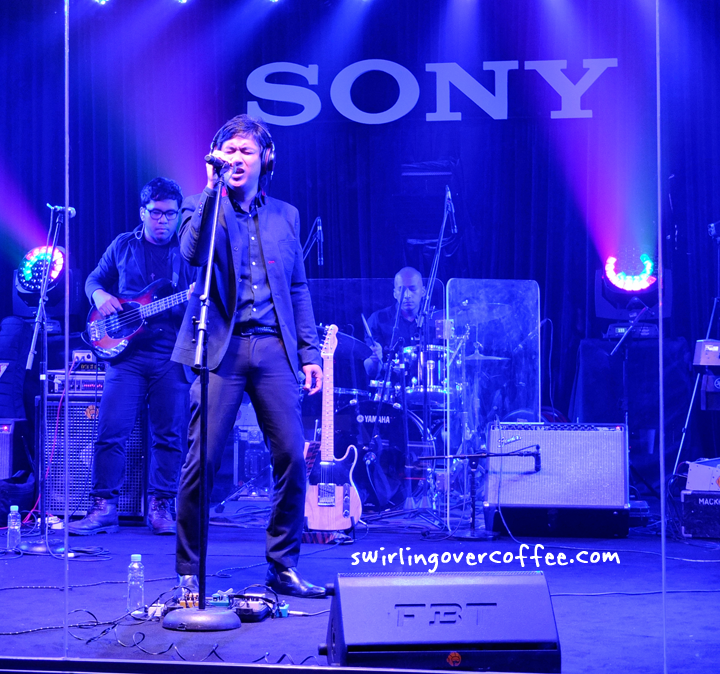 And here’s their time on stage together, outside the glass wall. We were told to put down our Sony headsets for this one. Everything was too close and immediate to process privately anyway.

You may also wish to watch Eli Buendia’s performance at the Sony Centre when the MDR series was launched.

Here are more concert shots of Eli and Bamboo but this time using the LG G2 (you won’t believe a smartphone took these shots).

The Smart Way to Get the LG G2 Mini

ViewSonic Launches "Get More with ViewSonic" Raffle Contest in the Philippines

Look Forward to an Enjoyable, Productive 2016 with the Lenovo Holiday Gift Guide