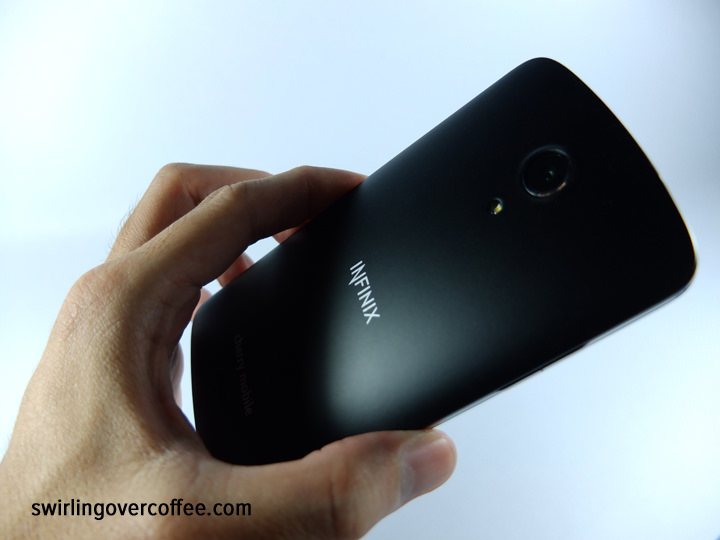 Rubbery back side is nice to hold.
archive, Gadget Reviews, News, Tech


If my delight during its unboxing wasn’t already a clue, I’m saying it now: this is a good budget phone. You’ll want to watch the video below to see this phone in action.

Even with the display off, it’s quietly beautiful (nothing ostentatious): with soft rounded corners (easy on the eyes that way), curved sides (for ease of holding), matte rubber back (for better grip), small side bezels (though nothing like the LG G3), solid heft (nothing creaky), decent weight (doesn’t feel plastic-light). The Cherry Mobile Infinix Pure, with a fast-enough octa-core processor, doesn’t feel cheap. It’s no Android One certified phone and it doesn’t need to be.

A 5-inch good enough Android phone for P4,500, that’s something you want as a gift for your non-techie mother or as a peace offering for an aunt with whom you had a falling out, so that come family reunion, auntie, I have something for you, yeah it’s a good phone. Bati na tayo, ha? There.

You’ll want to see the Infinix Pure in action below before we hit The Good, The Bad, and The Verdict.

We want to thank Ella’s House of Hobbies for providing the colorful paracord bracelets to be photographed for this review. You may order paracords here. 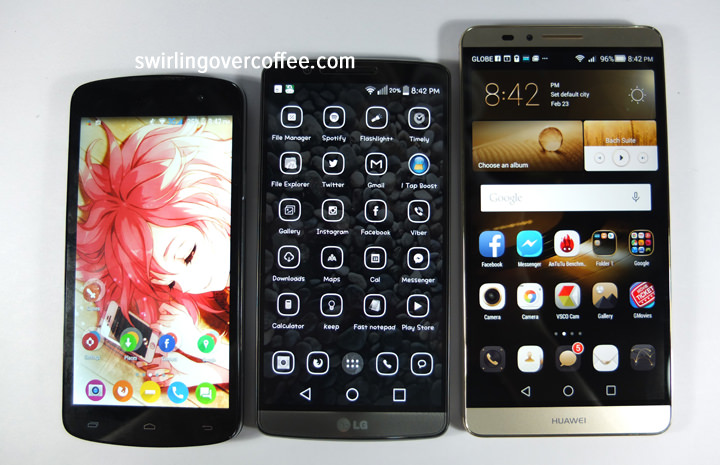 Nothing. The not so okay cameras are NOT ENOUGH TO DISMISS THIS PHONE.

If you’ve been wow’d by flagships and bought one only to realize, later, that your needs have been distilled to text, instant messages, long phone calls, Facebook, a few shots of your nieces now and then, and Clash of Clans, the Cherry Mobile Infinix Pure easily costs one fourth of a gray market priced flagship. And you won’t cry for a week should you lose this phone.

If you don’t play high end games or if you don’t need to take pics and selfies in low light, this budget phone, which doesn’t look like one, is for you. With what you save, you can buy a powerbank and a screen protector and microSD card.

ChargerLeash Unveils New “Forget Me Not” Technology to World’s Innovators

Get a free gift when you purchase the new Y6 pro and Y7 pro!

Wattpad – Redefining How Stories are Read and Shared