Instead of throwing away your UPS, save the environment and trade it with SODEXO GCs.  An APC Roadshow Booth at the Gilmore IT Center will be open for trade-ins on March 20 to 22, 2015. 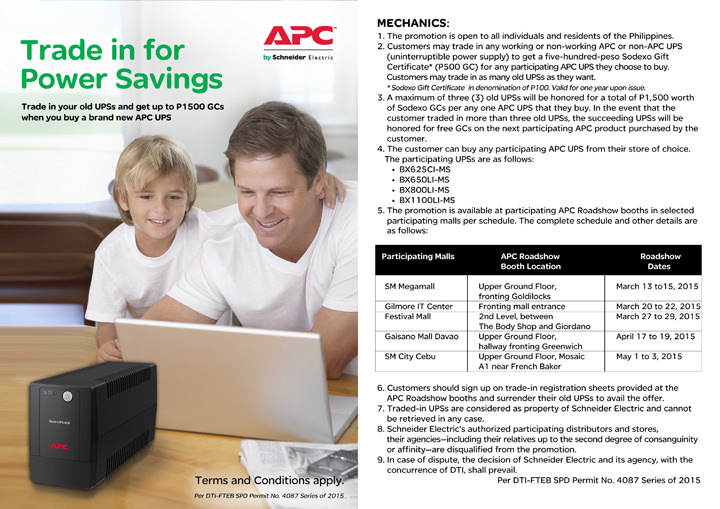 A Modern Filipina’s Guide to Dandruff-Free, Luscious Locks in 2018

Realme PH Launches Realme 6i, the Smartphone for the Lifestyle Needs of Filipinos