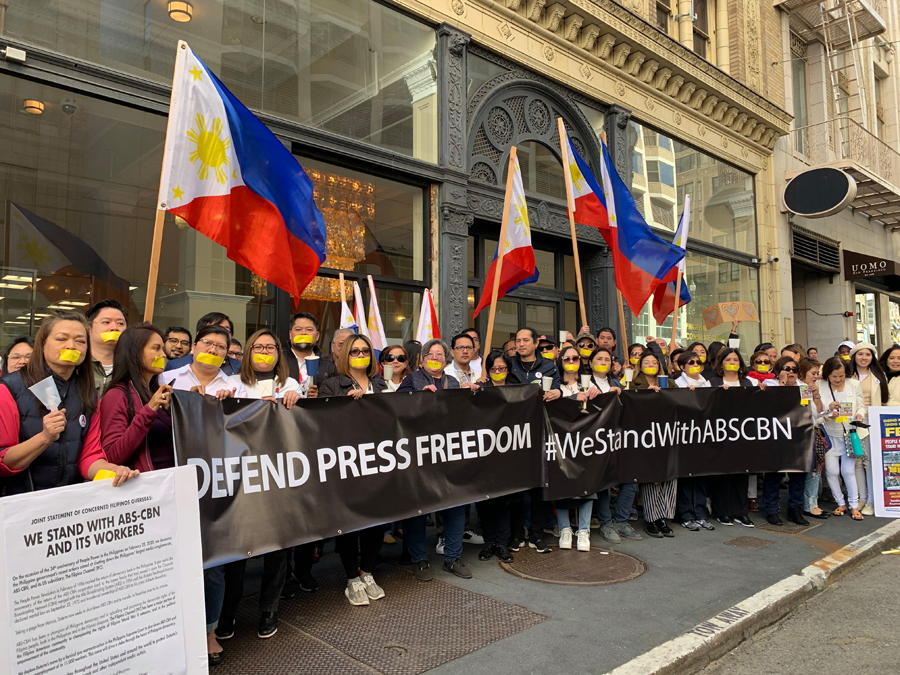 It’s been 34 years since the EDSA People Power Revolution ousted the Marcos dictatorship in the Philippines — and that spirit of activism still rings true today.

From San Francisco, Los Angeles and New York, members of the National Federation of Filipino American Associations, or NaFFAA, the Filipino American Human Rights Alliance and the U.S. Pinoys for Good Governance marched to uphold press freedom and democracy under the Duterte administration.

Philippine lawmakers have yet to vote to renew ABS-CBN’s franchise — which is set to expire on May 4th.

They believe the hitch is politically motivated, citing President Rodrigo Duterte’s grudge against the network for not airing some of his political ads back in 2016. The network has since apologized, and President Duterte said he accepts it.

But he hasn’t categorically addressed the network’s franchise renewal.

ABS-CBN was also found to be compliant with tax payments, elections laws and regulations of the National Telecommunications Commission and the Securities and Exchange Commission.
Protesters say when press freedom is under attack, now is the time to fight for it and not wait a minute later, when you no longer can, and so they’re speaking up to make sure no media entity is silenced.

OPPO Delivers Double-Digit Growth and is Still Ranked No.2 in South-East Asia for 2017