As you may have found out by now, ZTE’s one day sale of the Grand X2 L did not go as well as planned. Below is their formal letter of apology. 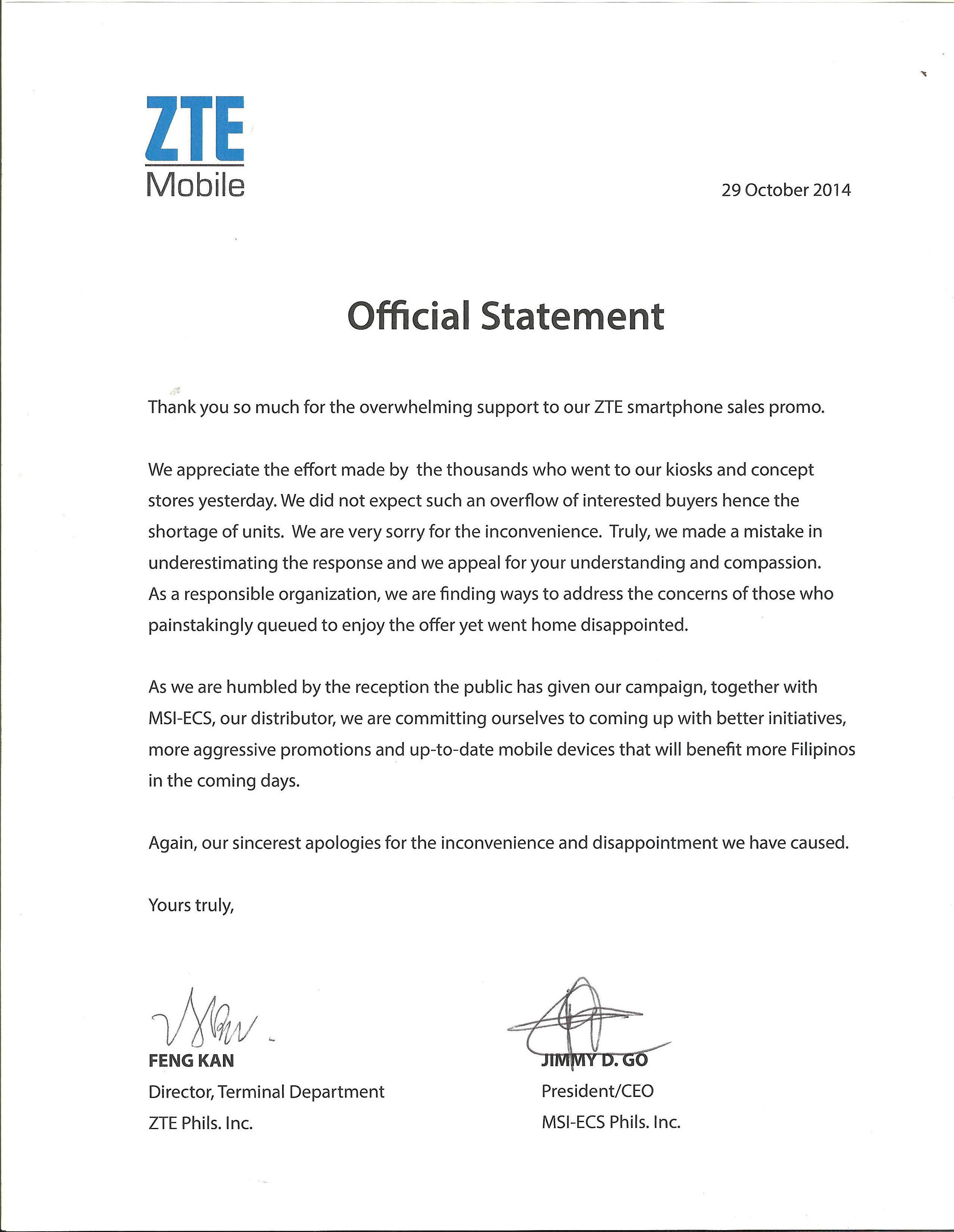 Globe to offer iPhone 6 and iPhone 6 Plus this November

Here’s my 12.12 shopping list and why I’m using PayMaya to pay for them