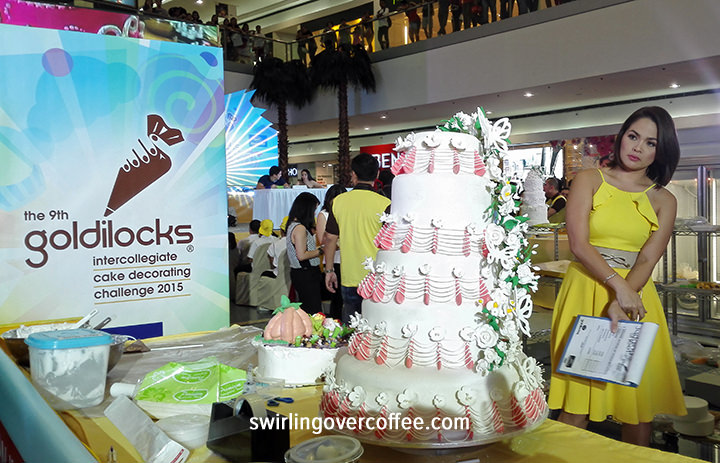 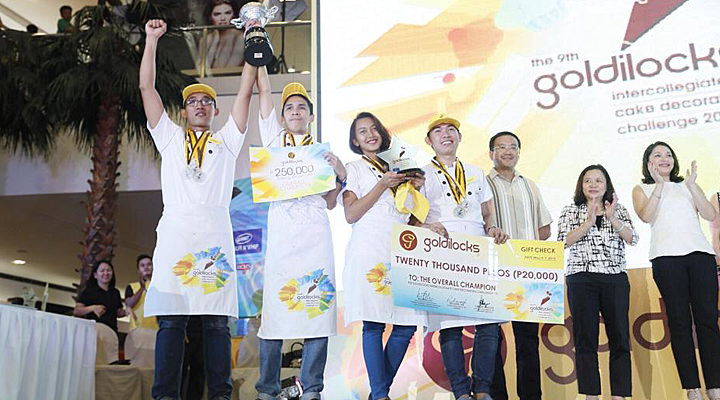 Western Institute of Technology Iloilo emerged as the Champion at the 9th Goldilocks Intercollegiate Cake Decorating Challenge (ICDC) held March 7, from 10am to 6pm, at the Main Mall, SMX Mall of Asia. The winning team takes home P20,000.00 worth of Gift Checks from Goldilocks, a baking showcase for their school worth P250,000, a trophy, and medals.

Goldilocks has been staging its annual Intercollegiate Cake Decorating Challenge (ICDC) since 2006. The goal is to give college students a venue to showcase their creativity and talents. Only schools in the Philippines with a Hotel and Restaurant Management (HRM), Hotel and Restaurant Administration (HRA), or Culinary Arts curriculum are sent invites. The schools are then narrowed down to a list of qualifiers which are later reduced to ten finalists.

On the Spot, Under Time Pressure

ICDC takes on the same format as Iron Chef, with contestants sharing one stage and one central supply bin, and they are to decorate their cakes within a certain time frame. This format (1) shows audiences the actual process of cake decorating, (2) encourages camaraderie and teamwork within the representatives, and (3) provides intensity, urgency, and excitement.

During the contest, each team is assigned an area of the stage with a supply cabinet stocked with a full array of decorative materials such as sprinkles, candies, toppers, and dyes. The base ingredient, of course, is Avoset Pour N Whip, which has been the event’s co-sponsor since its first installment.

At previous ICDC’s, teams were given 90 minutes to decorate 4 cakes. Each cake was to adhere to a specific theme which teams did not know beforehand. Themes include Graduation, Mother’s Day, Halloween, Christmas, and other occasions. At this year’s ICDC, Goldilocks limits the themes to two – a debut-inspired cake using whipped cream, and a wedding cake using fondant. Since the teams are now allowed to layer their cakes however they want, the contest duration has been extended to 5 hours.

Fun for the Audiences

While the ICDC contest raged on, attendees were treated to a Cake Decorating Workshop, a Decorating Relay by Culinary Schools, a Decorate Your Cake Booth, an Avoset Booth, and a Wall Display of ICDC entries.

The 9th Goldilocks Intercollegiate Cake Decorating Challenge was held at the SMX Mall of Asia Main Mall on March 7, 2015 from 10am to 6pm. It was hosted by Chef Jackie Ang Po and DJ Gino Quillamor of RX 93.1.

Caring for Customer Service Agents Amidst the Pandemic

Mister Donut brings in more fun and delight through Despicable Me!