Repertory Philippines is set to showcase another musical production; now of Marsha Norman and Lucy Simon’s adaptation of the classic story The Secret Garden. Based on the novel by Frances Hodgson Burnett, the story revolves around the lives of two abandoned youngsters Mary Lennox and Colin Craven who, through the power of love, begin to transform their spoiled and selfish ways for the better. The show runs simultaneously with Rep’s staging of Snow White and the Seven Dwarfs.

Rep’s version is anticipated to entertain audiences with a magical score and fascinating choreography but it shouldn’t be missed largely because of the amazing young talent set to play the spirited main characters of the story. Playing the mischievous Mary Lennox are 12-year-old Ashlee Factor and 9-year-old Ginger Karganilla. Between them, they have already starred in five stage productions. Not only is Ashlee already playing a role in Rep’s production of Snow White and the Seven Dwarfs, but she also played one of the lead characters of the theater production house’s adaptation of Scrooge. While Ginger took part in playing characters in Resorts World Manila’s Cinderella the Musical and The King & I. 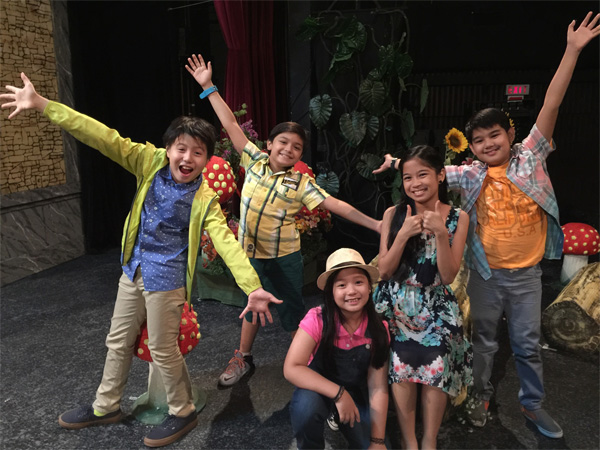 As for the very headstrong Colin Craven, the role will be played by 11-year-old Daniel Drilon, 10-year-old Albert Silos, and 11-year-old Noel Comia. Not to be outshined by their female counterparts, the boys also have an impressive list of titles behind them. Apart from playing roles in Rep’s Scrooge, Pinocchio, and Snow White and the Seven Dwarfs, Noel had a role in Kids Acts Philippines’ Hua Mulan which earned him the Best Child Performer Award at the 27th Aliw Awards. Albert’s background includes roles in Resorts World Manila’s King & I and Cinderella and in Gantimpala Theater’s Kanser the Musical. While Daniel, despite having his professional debut just last year, has had years of intensive training in the performing arts which landed him lead roles in Rep’s Pinocchio and Scrooge. 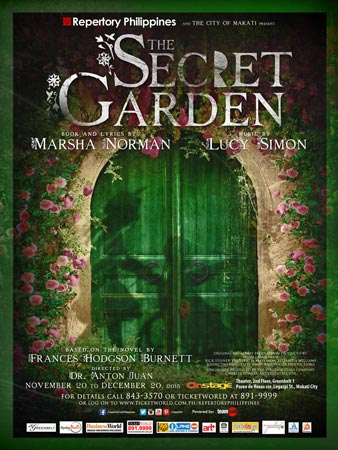 With their extensive experience in theater arts and months of preparing for the role, the cast is set to bring the story of Secret Garden and its characters to life. “We like to perform to make the audience happy,” explains Daniel–a statement that resounded with the entire cast. Come opening day on November 20, that’s what they plan to do. 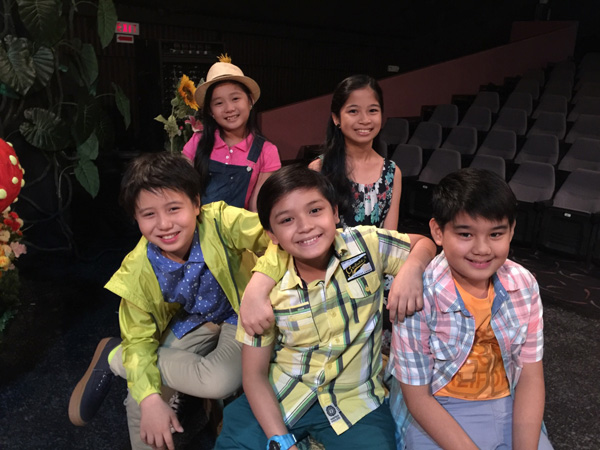 With director Anton Juan leading them, the entire production is sure to enthrall audiences no matter what age. Together with the story’s beautiful message, no doubt the show will be a hit. “Secret Garden has a really nice moral lesson, the music is catchy, and they should watch it because they will learn a lot,” shares Albert of the experience people should expect from the show.

The Secret Garden will be staged from November 20 to December 20, 2015 at the Onstage Theater in Greenbelt 1, Makati City. Ticket prices range from P500 to P1,000. For more details on the play, call Repertory Philippines at 843-3570 and book tickets through TicketWorld at 891-9999 or visit their website at www.ticketworld.com.ph.

Cakes from the Community