‘Internet for All’, connecting the next billion

After introducing free mobile internet access, leading telecommunications provider Smart Communications, Inc. (Smart) is set to bring Google’s Android One smartphones to the country, strengthening further its bid to get more and more Filipinos to experience and harness the benefits of the Internet by making available an array of cutting-edge, yet affordable mobile devices.

“We believe the Internet should be experienced by as many users as possible, which is why we have launched digital inclusion initiatives like our FREE Internet offer that have encouraged more people to go online. This partnership with Google for Android One will surely accelerate our ‘Internet for All’ initiative that paves the way for more Filipinos to experience the best of the Internet using their mobile phones,” said Charles A. Lim, EVP and Wireless Consumer Division Head at Smart and Sun Cellular.

“As the telecom operator to exclusively offer the first Android device in the Philippines back in 2009, Smart has always been at the forefront of this initiative, and we’re scaling it even further with our Android One offers,” Lim added. 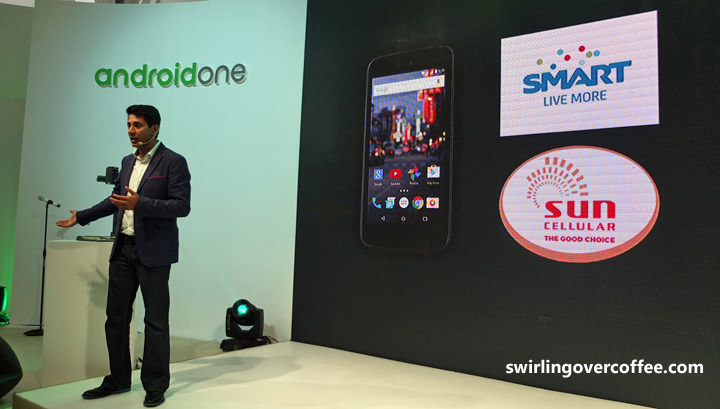 Caesar Sengupta, Google Vice President of Product Management, said, “Data connections have been a serious barrier to getting the Internet into more people’s hands. We are thrilled about Smart’s plan to reduce costs on app updates and downloads for people with Android One phones — a key step to making extraordinary smartphone technology more accessible and affordable.”

For its initial offering, Smart has partnered with Cherry Mobile and MyPhone to bring the Android One experience to both Smart and Sun subscribers nationwide, with attractive postpaid plans and prepaid SIM bundles that come packed with free mobile data for Google Play app downloads and the latest Android OS updates.

Smart and Sun brands will be offering the Cherry Mobile One phone through attractively priced postpaid plans, which will also include FREE data allowance for Android OS updates and Google Play downloads for the first six months of the subscription. This will allow subscribers to enjoy Google’s app updates without the worry of additional data charges.

Smart Prepaid will also offer FREE data allowance for Android OS updates, Google Play downloads, and Google search for those who will purchase the MyPhone Uno phone in their retail outlets nationwide. 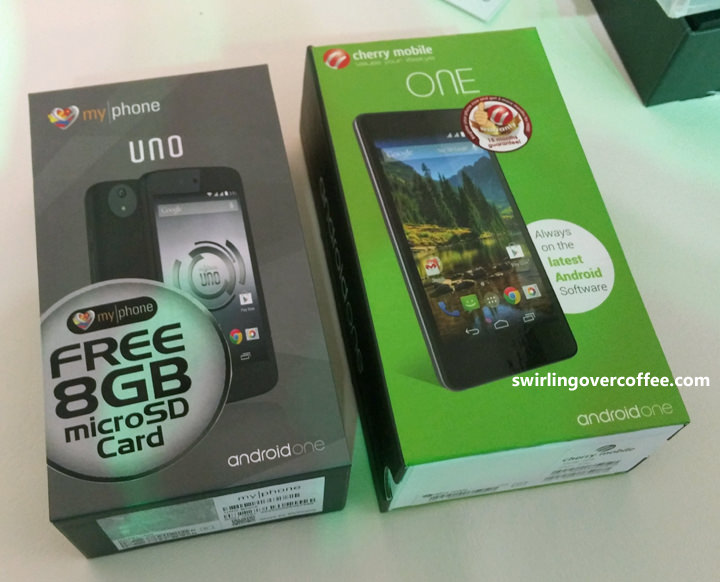 Every Android One phone sold in the Philippines will come with the latest Android “Lollipop” mobile operating system pre-installed, and will receive timely Android OS updates once Google releases them to users worldwide. Android “Lollipop” brings a suite of enhancements to Google’s mobile operating system, including a new design language called “Material Design,” notification improvements, a battery saver feature, and multiple-user capability that allows for separate user accounts for friends or family members, among many others.

Additionally, Android One phone users will be able to download paid apps on Google Play and make in-app purchases using their prepaid loads or charge it to their postpaid accounts. They would simply have to click “Enable Smart Communications billing” when they make a Google Play transaction so they can enjoy their favorite apps and games even without a credit card. See Smart Launches Pay-With-Mobile Service for iOS App Store, iTunes, and Mac App Store.

“From the very beginning, Smart had the singular objective of bringing the mobile phone into the hands of each and every Filipino. That has been our dream from the start, and this year we’re partnering with Google to bring not just devices but also fast and reliable mobile Internet connection to more users across the country,” Lim added.

Known for its groundbreaking innovations in the telecoms industry, Smart has pioneered several digital inclusion efforts over the years that have sought to allow more users to connect and access information with the help of mobile technology.

To learn more about Android One and to see the specs of the first Android One phones in the country, see Android One Locally Launched, with Cherry Mobile and MyPhone as Pioneer Partners.

Aside from offering the first Android phone in the country, Smart has also introduced the Smart Amazing Phone, one of the first smartphones launched in the world that allowed users to access the Internet and features that used to be only available through laptops and desktop computers. In 2011, Smart also unveiled the Netphone during the Mobile World Congress in Barcelona, which debuted a line of Android-compliant, path-breaking smartphones designed for emerging markets. It is also the world’s first smartphone backed by an operator-managed platform.

To know more about Smart and Sun Cellular’s Android One offers, visit smart.com.ph/AndroidOne or Suncellular.com.ph/personal/android-one.

Stay tuned for our review of the MyPhone Uno.