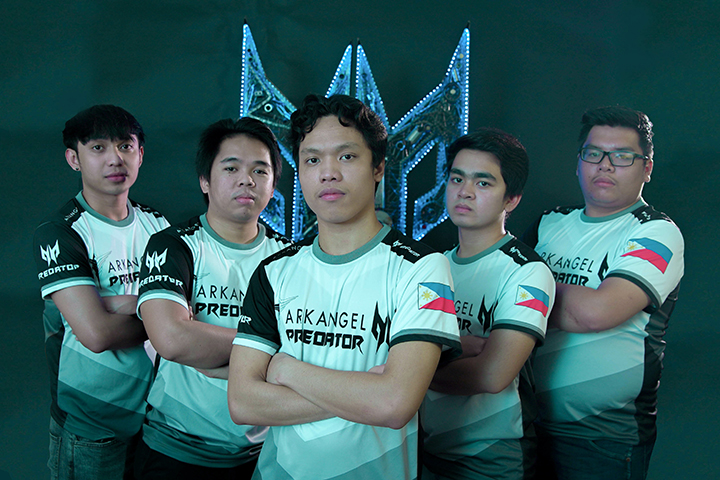 With ArkAngel PUBG Team ranking 5th in Southeast Asia in just over a year old, bagging the Predator League PUBG Philippine Finals in January, and placing 7th at the Predator League Finals in Thailand last February, it’s no surprise that the ultimate gaming hardware and electronics brand Predator has taken notice to officially become the Title Sponsor of the Arkangel PUBG Team.

“We are overwhelmed by the support of Predator not only for ArkAngel but also for the entire Filipino gaming community,” said ArkAngel co-founder Danry Milag. The team members – DanIo “Mad Dog” Noya, Christian Joy “Ceejay18” Estrella, Yves “Killa” Navarro, Kirk Robin “Momonjii” Amable and Mark Christian “Unexpected_” Dedal- all veteran gamers amped up with the sponsorship.

The team is thrilled to be working with Predator especially after finishing strongly in their last tournament, a winning partnership that can look forward to a good year for real.

Milag shared that PUBG made ArkAngel famous as members who are very different from each other somehow has kept it together and has been working well and strong together.

Mad Dog is the youngest and the leader. He is dedicated and hardworking. Milag said he is mature for his age. Killa is loyal and quiet. “His heart is in ArkAngel,” said Milag. Ceejay18 loves McDonald’s delivery and is a very skilled and intuitive player. Momonjii is a tactician and an all-around excellent player himself. Finally, Unexpected_ is a thinker whose intelligence is shown in the way he plays.