With sequential read speeds of 550 megabytes/second (MB/S) and write speeds of up to 520 MB/s, the SanDisk Extreme PRO loads and runs graphics-intensive applications and game levels in a heartbeat. Additionally, by offering up to 1TB-Class of capacity, the SanDisk Extreme PRO SSD provides the space needed to store even the biggest programs, games or files, and load them blazingly fast—transforming any PC or console into a serious gaming machine. 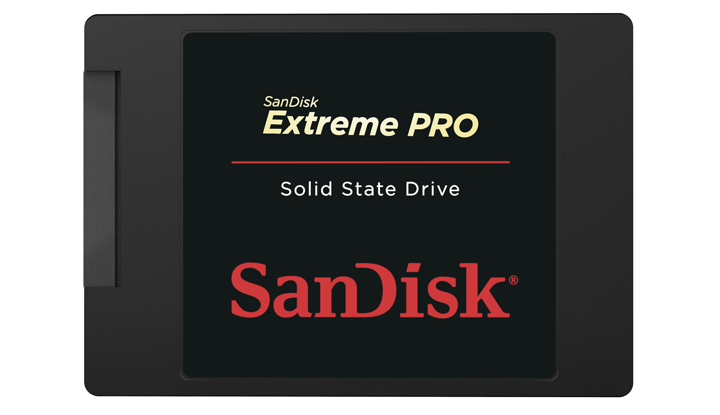 According to DFC Intelligence, PC gaming revenue recently eclipsed console gaming and they forecast that the PC gaming market will exceed $25 billion in 2014[2]. This increasing popularity is being largely driven by the rise of multiplayer online battle arena titles and free-to-play games. With the SanDisk Extreme PRO®, an industry leading, real-world performance SSD, anyone can upgrade their PC to boot up faster, open files more quickly, and load programs, applications, and games in a fraction of the time. The SanDisk Extreme PRO® is also supported by the new SanDisk SSD Dashboard application for Windows®, which provides drive performance monitoring, firmware updates, manual or scheduled TRIM, secure erase, drive health, longevity, and temperature indicators, so that users can increase the operating efficiency of their SSD. The SanDisk SSD Dashboard is available for download immediately at www.sandisk.com/ssddashboard.

The SanDisk Extreme PRO® SSD is now purchasable through SanDisk’s network of authorized distributors and resellers in the Philippines. Offering an industry-leading 10-year limited warranty, the SanDisk Extreme PRO SSD is compatible with any PC, laptop or game console that accepts 2.5’’ SATA storage devices, and is offered in capacities of 240GB (MSRP Php 18,000), 480GB (MSRP Php 34,000), and 960GB (MSRP Php 55,000)**.

SanDisk Corporation (NASDAQ: SNDK), a Fortune 500 and S&P 500 company, is a global leader in flash storage solutions. For more than 25 years, SanDisk has expanded the possibilities of storage, providing trusted and innovative products that have transformed the electronics industry. Today, SanDisk’s quality, state-of-the-art solutions are at the heart of many of the world’s largest data centers, and embedded in advanced smart phones, tablets and PCs. SanDisk’s consumer products are available at hundreds of thousands of retail stores worldwide. For more information, visit www.sandisk.com.

Jump to Your Prime with the New Samsung Galaxy J2 Prime

Top BPO firms, executives to be honored at the 10th International ICT awards