LG invites consumers to see and feel greatness in a smartphone

MANILA, April 29, 2015 – Today, LG Electronics globally unveils the most highly anticipated LG G4 smartphone in six cities including New York, London, Paris, Singapore, Istanbul and Seoul. Approximately 1,000 guests around the world gathered to witness the successor of the LG G3 which excelled in all sales charts and industry recognitions.

Among the first users of the LG G4 will be 4,000 lucky customers who will receive the coveted smartphone as part of the company’s largest-ever consumer experience campaign. 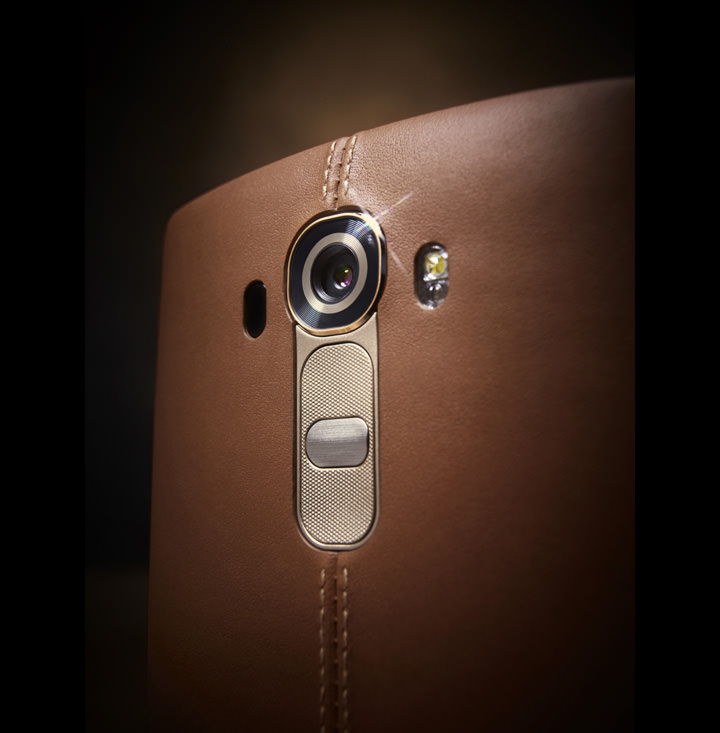 The LG G4 is available in handcrafted, full grain leather in six beautiful colors. The vegetable tanned leather is not only environmentally friendly but also luxurious, using genuine leather instead of the usual faux material that other smartphones use. Other material options for the G4 rear cover are pure Ceramic White with 3D patterns, artisan-forged Metallic Gray and lustrous Shiny Gold.

The comfortable elegance of the LG G4 is a refreshing change from the uniformly flat, full metal designs that have been become standard across the industry. The LG G4’s design is defined by the Slim Arc (see below), which runs along its entire body, highlighted by a display with a subtle curvature. More than just a design accent, Slim Arc offers more durability than a flat smartphone in face-down drops and gives the smartphone a more comfortable and secure feel in the hand. 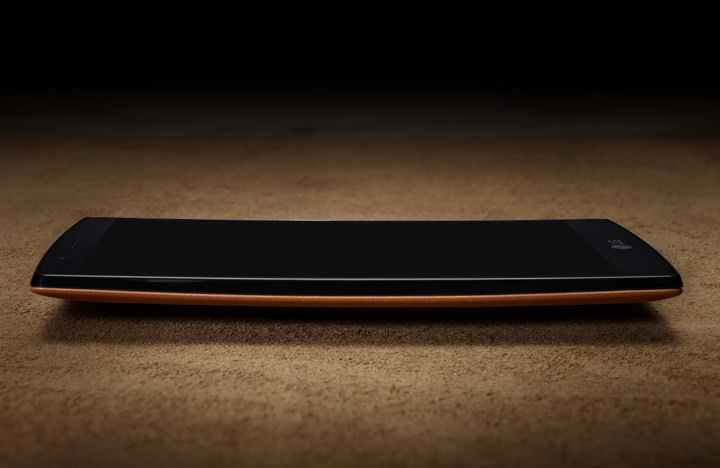 LG designed the 16-megapixel camera in the LG G4 to capture stunning images even under less than ideal lighting conditions. The camera module features an industry-first wide F1.8 aperture lens that allows 80 percent more light to reach the sensor. LG improved low-light performance even further with OIS 2.0, which doubles the performance of the OIS+ by expanding the range of image stabilization from one degree to two degrees on the X- and Y-axis and adding a third axis for the first time. 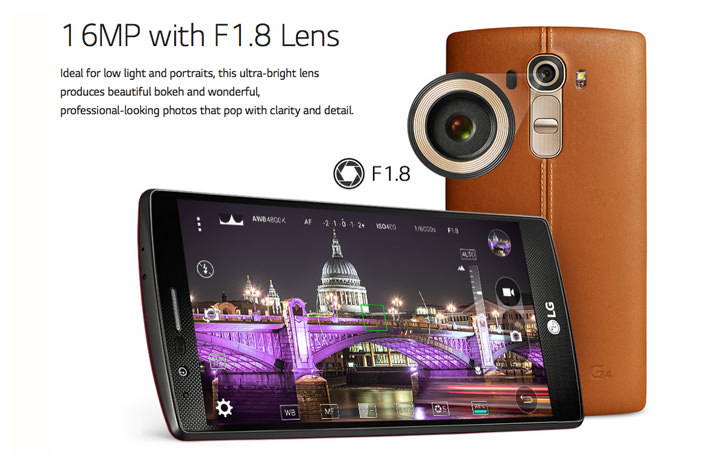 Just like DSLRs, the LG G4’s Manual Mode allows experienced photographers to exercise more artistic expression by directly controlling the focus, shutter speed, ISO, exposure compensation and white balance for every shot. Advanced photographers can also save their photos in RAW format, in addition to JPEG, for more precise editing with no loss of details.

The advanced camera in the LG G4 is complemented by Color Spectrum Sensor (CSS), the first feature of its kind to find its way into a smartphone. CSS improves color accuracy by precisely reading the RGB values of the ambient light in a scene, as well as the infrared light reflected from objects. And for selfies good enough to frame, LG included an industry-leading eight-megapixel front-facing camera for sharp, detailed portraits and group shots. 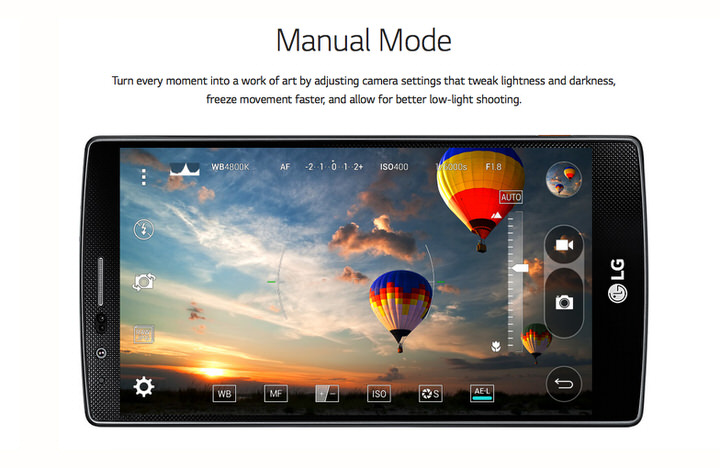 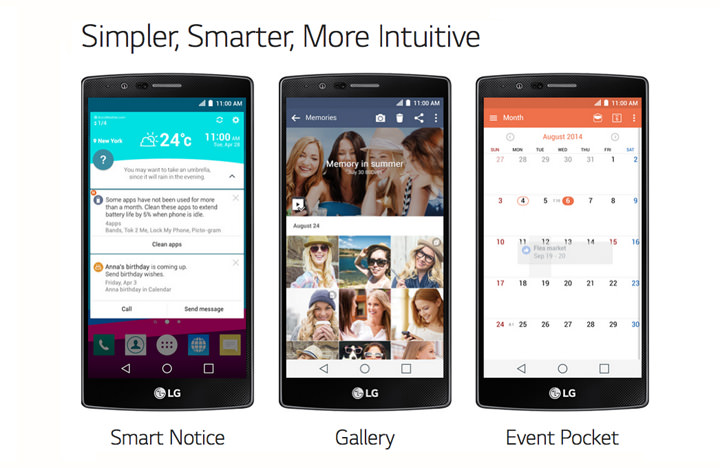 With the LG G4, the higher quality display doesn’t come at the expense of battery life. The G4 is equipped with a high-capacity 3,000mAh removable battery, a rare feature in today’s high-end smartphones. Combined with the benefits offered by the snappy yet energy-thrifty Qualcomm® Snapdragon™ 808 processor, the LG G4 has no trouble getting through a full day of normal use. 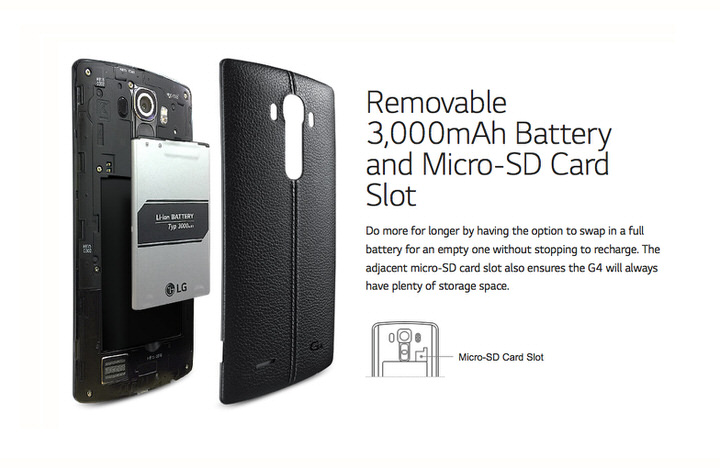 “We are thrilled to globally introduce the outstanding LG G4, letting consumers see and feel optimal greatness in a smartphone,” LG Mobile Philippines Vice President Jay Won said. “From the design to the camera to the display to the user experience, the LG G4 is undoubtedly the most ambitious phone LG has ever created, promising world-class performance and no disappointment.”

The LG G4 will start its global roll-out on April 29 in Korea and will eventually be available on approximately 180 carriers worldwide. Prices and carrier availability will be announced locally in each market.

*Specifications may vary depending on the market.

Pacquiao fever goes digital - Say it with a #SugodManny sticker