Pacquiao fever goes digital – Say it with a #SugodManny sticker

With the Boxing Fight of the Century just a few days away, Filipinos have been hungrily snapping up anything with Manny Pacquiao’s name and face on it – shirts, caps, etc. – even when these paraphernalia are being sold at 10 times the original price.

The Pacman fever has also invaded the digital space, with thousands of Pinoy users of mobile chat apps happily downloading quirky #SugodManny stickers for free, for use in their conversations on Viber, Line, WeChat, WhatsApp, and similar applications. 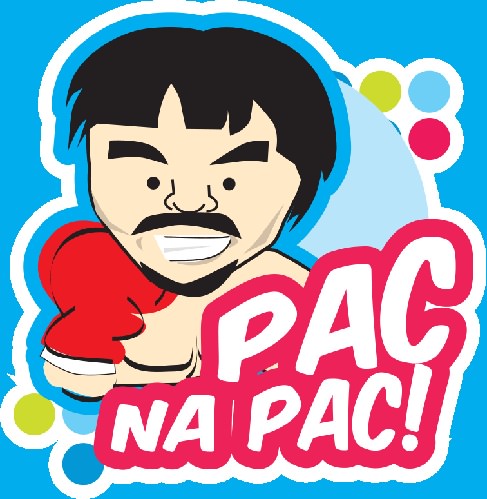 The stickers, launched by Smart Communications, Inc. (Smart) as part of its #SugodManny campaign, feature caricatures of Pacquiao designed with distinctly Pinoy wit and humor, with phrases like “Boom Pawis” (a play on the expression “Boom, Panis”), “Pac na Pac!”, and sweet nothings like “Labyu!”

Another sticker has Pacquiao bearing a cake with the greeting “Manny more birthdays to come.” 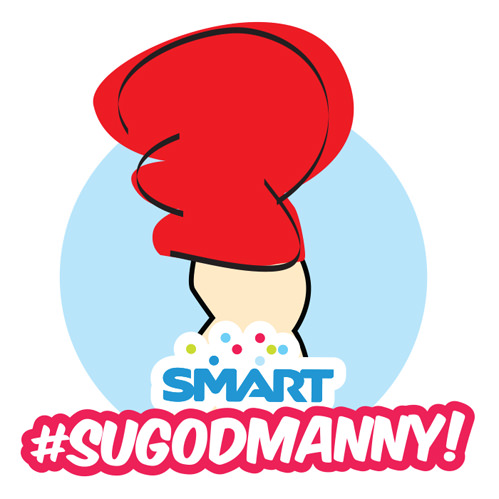 These can be downloaded for free via Viber and Line. Pinoys can also text MANNY to 2600 for free to download the stickers on their mobile devices and use these in other apps.

Less than 24 hours after Smart launched the #SugodManny stickers on Viber last Sunday, the sticker set already got approximately 50,000 downloads. 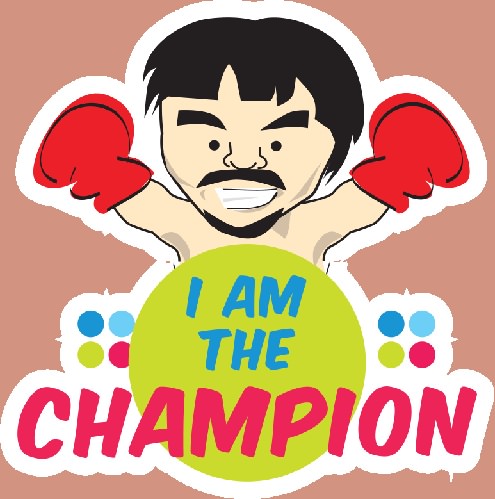 Pacquiao fans can also enjoy exclusive #SugodManny download scenes on the popular photo editing app Camera 360. All they need to do is go to Explore, choose Poster Camera, click Apply, then pick the #SugodManny scene they want to use for their selfies.

Smart launched the #SugodManny campaign early this month to encourage Filipinos to let the whole world see, hear, and feel their support for the people’s champion. Pacquiao’s fans can use the said hashtag on Twitter to make sure their ring hero could read their messages. They can also use #SugodManny when posting their knockout moves on Instagram, for a chance to win Manny Pacquiao-autographed boxing gloves and t-shirts.

Recently, Smart also partnered with Twitter for a Twitter Curator feed on the Pacquiao-Mayweather fight. This is a Twitter page where netizens can get blow-by-blow and relevant updates about the fight from reputable sources such as TopRank and Interaksyon.

“Our subscribers’ mobile devices will enable them to be part of the digital historical account of this once-in-a-lifetime fight. With these devices they can express their support for Pacquiao, join inspiring conversations with fellow fans, watch the fight as it unfolds, and get immersed in a shared, national experience,” said Smart executive vice president and wireless consumer business head Charles A. Lim.

See also: Watch the Pacquiao-Mayweather fight on your phone for just P499!

CloudFone holds Thank You sale to celebrate 3 years of success

Eastern Communications introduces how to create an Intelligent Office

HOOQ List: Take your favorite shows anywhere with you this long weekend