Home > Tech > HOOQ partner with Disney to bring Marvel’s Inhuman, Cloak and Dagger, and Runaways to viewers same day as the US 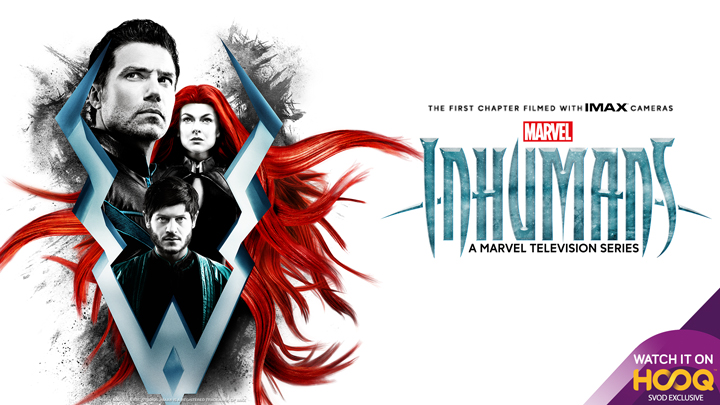 HOOQ partner with Disney to bring Marvel’s Inhuman, Cloak and Dagger, and Runaways to viewers same day as the US

HOOQ – the largest Video on Demand service in South-East Asia, gets exclusive SVOD rights to bring three of Marvel’s latest series – Marvel’s Inhumans, Marvel’s Runaways and Marvel’s Cloak and Dagger – on the same day as the US telecast on their platform for the Philippines, Indonesia, Thailand and Singapore, via a newly inked deal with The Walt Disney Company South-East Asia.

While the first chapter of Marvel’s Inhumans has been released last week worldwide in IMAX® theatres, the following episodes will then be available on HOOQ from the end of September with additional exclusive content, not seen in IMAX ® theatres. Next up will be Marvel’s Runaways which debuts on digital on November 21st, 2017. Marvel’s Cloak and Dagger will be released later on in 2018. All these will have all episodes screened same day as the US telecast.

These 3 new series will join the collection of Marvel movies and series already on the HOOQ platform – the recent Guardians of the Galaxy Vol.2, Agent Carter, Agents of S.H.I.E.L.D., Marvel’s the Avengers, Thor, Iron Man, Iron Man 2, and Captain America – The First Avenger.

This exclusive deal comes shortly after HOOQ announced their collaboration with Disney, earlier this year to bring their latest movies onto the platform via Transactional VOD (TVOD).

“HOOQ is always looking for new ways and partnerships to bring exciting and quality content to our viewers. This tie-up with Disney, which now allows our viewers to catch their favourite series Inhumans, Runaways and Cloak and Dagger on the same day as the US telecast is something we are very proud of and brings the world of Marvel’s superheroes closer to Asia. Marvel’s series’ now available on HOOQ is the first of many things to come with this tie-up and we will continue to push boundaries, to evolve and stay committed to delivering unique, compelling and edgy stories to millions of our customers in the region,” said Chief Executive Officer of HOOQ, Peter Bithos.

“We are excited to extend our collaboration with HOOQ in bringing these iconic Marvel shows day and date with the US telecast to digital audiences across Southeast Asia. We are pleased to offer our Marvel fans yet another platform to enjoy their favourite TV shows” said Amit Malhotra, VP and GM of Media Networks, The Walt Disney Company Southeast Asia.

Marvel’s Inhumans is the latest series from Marvel Studios and its first chapter is shot completely in IMAX® cameras. After the Royal Family of Inhumans is splintered by a military coup, they barely escape to Hawaii where their surprising interactions with the lush world and humanity around them may prove to not only save them, but Earth itself.

Marvel’s Runaways will be the first TV adaptation of the Marvel comic of the same name, where a group of teenagers find out not only do they have superpowers, but that their parents are supervillains. Torn between filial piety and being heroes, they will face adversaries like never before.

Marvel’s Cloak and Dagger, also follows the characters of the Marvel comic of the same name. Heroes Tyrone Johnson and Tandy Bowen share a symbiotic relationship as a crime fighting duo since they are Light and Darkness incarnate.

These series are all set within the Marvel Cinematic Universe.