Unable to contain their own excitement, Samsung today provided bits and pieces about their upcoming line up of Galaxy smartphones.

“This is still so secret we don’t even know what the Instagram pic of the screenshot of the 3D render looks like,” said an official familiar with this development. A roundtable Q and A was held impromtu wherein key tech personalities immediately showed up. 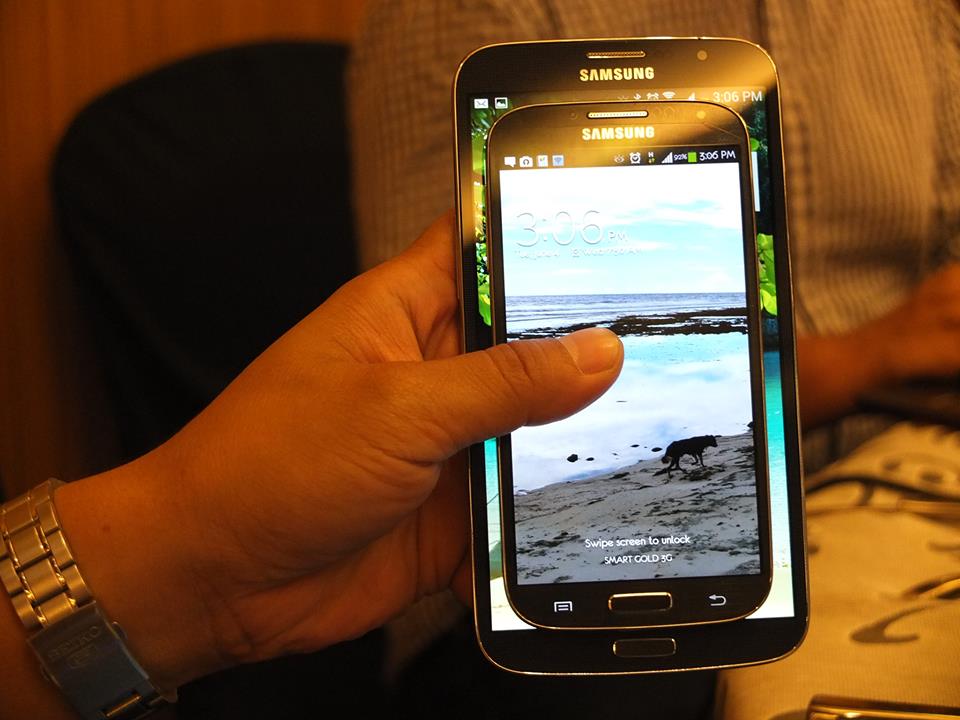 “Above is the Samsung Galaxy S4 ‘eaten’ by the bigger Samsung Mega (6.3”), said the official. “You can all safely infer that the next bigger Samsung, which will in turn eat the Mega, will be the Samsung Bongga.”

At this point, the roundtable of media representatives rose in a single murmur of excitement.

“We are happy to tell you,” the official cut in, “that the Bongga comes in three variants – the Bongga Talaga, the Bonggang Bongga, and the Bongga Mini (every inch a Bongga).”

Pressed for images and specs, the official declined. “Something big is coming, several of them. Will they have S Pens? No, they will have Bongga Pens. You’re thinking fingerprint scanners? No. Think palm rests.”

At the close of the Q and A, wherein no media rep who raised a Q got an A, the official added that they were also eyeing a specific underserved segment – mothers.

“Ladies and gentlemen, next week, alongside the Bongga, we will also release the Samsung Mudra. Good day.”

THIS IS AN APRIL FOOLS’ DAY POST FROM SWIRLINGOVERCOFFEE.COM

The Power of Apple, Yours in 24 Installments

Take a Shot of your Extraordinary with Sony’s 86,400 Seconds Photo Contest