Home > archive > Globe-Uber Promo: P500 off on your first Uber ride, PLUS a Free powerbank
archive

Get P500 OFF on the first Uber ride and a 2,600 mAh power bank for every Best Ever my SuperPlan Postpaid Application via Globe Online (www.globe.com.ph) or Globe Sales Hotline (730-1069) within the promotion period, which ends November 30, 2014. 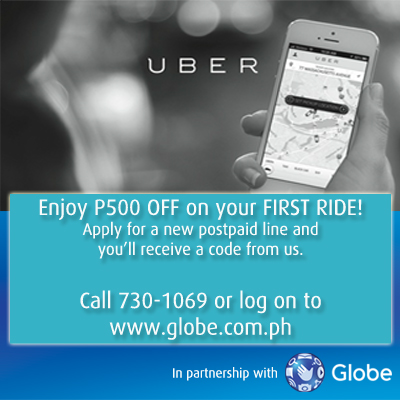 Visit the Globe website to apply or call their hotline.