BIOSTAR has released the latest mainboard, based on the exclusive A70M chipset from AMD, the Hi-Fi A70U3P, which offers high performance at a low cost. The Hi-Fi A70U3P supports FM2+ APUs, USB 3.0 and SATA3. Although AMD has recently launched the A68H chipset, which supports FM2+ APUs, because these new (exclusive to BIOSTAR) A70M boards support USD 3.0 and SATA3, they offer an upgrade level that is higher than the current entry level A58 chipset boards. 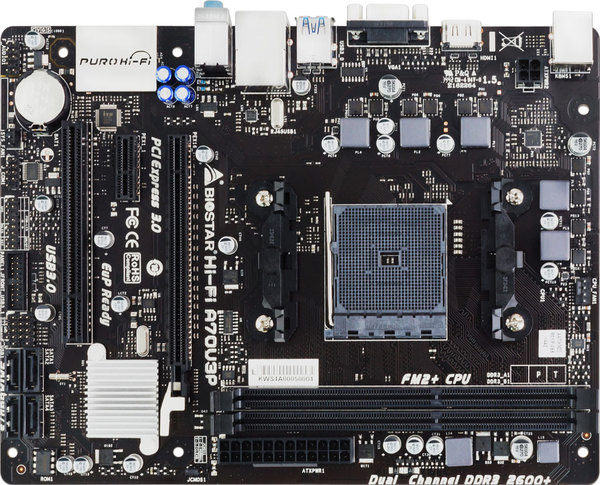 The Hi-Fi A70U3P is based on the AMD FM2+ socket design that will support AMD Multi-Core (x4, x2) socket FM2+/FM2 processors AMD A-series/ E2-series processors all in a full-sized ATX form factor. It has 3 PCI slots and 2 DIMM slots supporting up to 32Gb of DDR3 ram and uses the newest SATA 6Gb/s bus which is twice the speed of current SATA 3G connections with 6 SATA connectors along with USB 3.0.

In addition to the latest PCI technology support there is also a legacy PCI slot that will accept older devices for systems that still need them.
There is also support for AMD Dual Graphics Technology, as well as support for full HDMI 3D 1080p and the new 4K2K resolution which enables high-definition image displays with four times the resolution of typical HD. The 4K2K display faithfully expresses bright, highly detailed content that fills the entire screen with lifelike images. Connectivity with PCs is via a single HDMI cable for displaying the 4K2K data.

End Your Summer with an Ultimate Road Trip