Home > Tech > With its Milestone of 20 Million Users, Freelancer.com Celebrates the World’s Largest Online Community of Employers and Freelancers 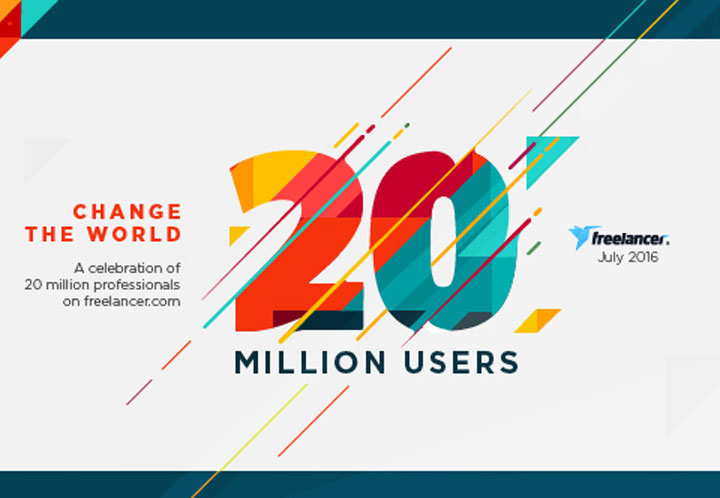 With its Milestone of 20 Million Users, Freelancer.com Celebrates the World’s Largest Online Community of Employers and Freelancers

Freelancer.com further cements its status as the world’s largest online freelancing and crowdsourcing marketplace, celebrating 20 million users­­ – a community of online freelancers and employers that has been growing steadily since the company’s inception in 2009. 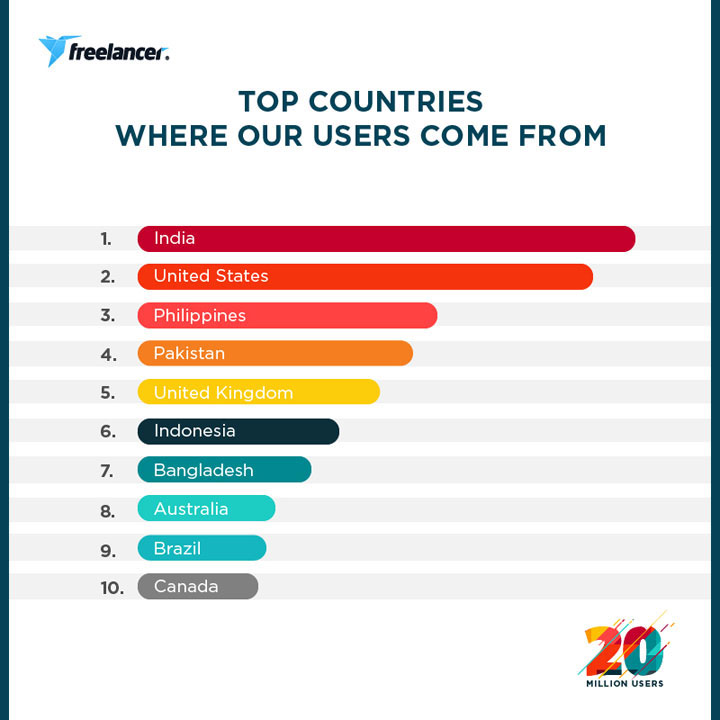 “We at Freelancer.com are inspired by the many lives we have positively changed from across the globe,” says Matt Barrie, Freelancer.com Chief Executive. “We dedicate our hard work to the millions of professionals who stand by us and believe in our vision to innovate the way we work.”

Joining Workers of the Developed and Developing World

Freelancer.com’s users are present in 247 countries, regions, and territories, in both the emerging and developed markets.

Freelancer.com has over 900 job categories as diverse as Aerospace engineering, Biotechnology, Sales, Manufacturing and Mechanical Engineering. From Freelancer.com’s research on its users, top skills of developed and developing countries are almost alike, with professionals from developed countries mostly possessing talent related to Data Entry, Graphic Design, Excel, Photoshop, and Articles (Writing); while those from developing countries having skills related to Data Entry, Excel, HTML, PHP, and Articles (Writing). 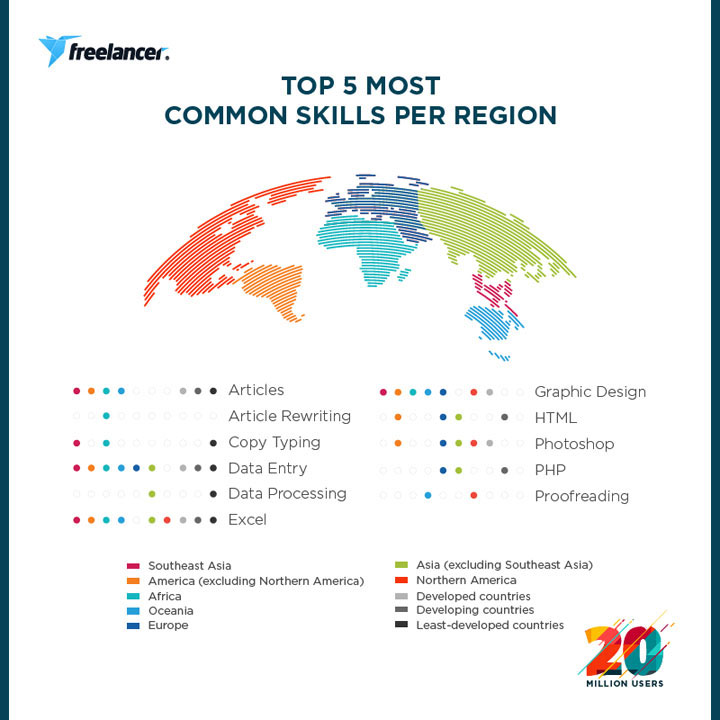 From internal polls conducted by Freelancer.com, some of the common reasons people chose to be a freelancer are: to earn extra money, to gain experience in desired field, to have the freedom to study while earning an income, to start their own part­-time or full-­time business, to make freelancing their sole or major source of income, and to have the freedom to travel while earning an income. 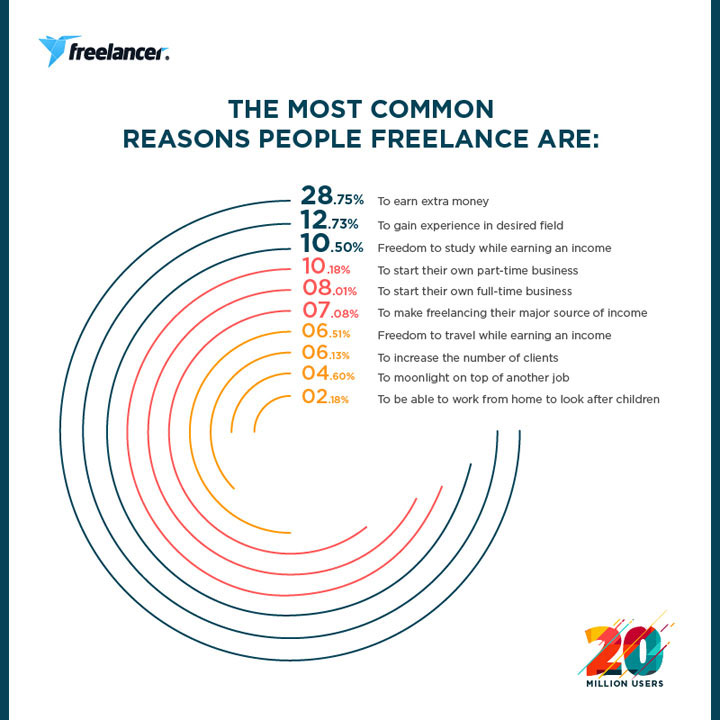 IT solutions provider Martin Kingsley, who hails from Australia, says: “I implement a variety of projects for businesses. Many of them have complex custom requirements and no dedicated IT support. Freelancer.com was the largest and most professional of the sites I explored, and seemed to have attracted the largest number of professional freelancers in the industry. I also liked the unified project management dashboard that contains new bids on my projects, messages sent between myself and freelancers, shortlists of bids made, and all the other information I could possibly need.” 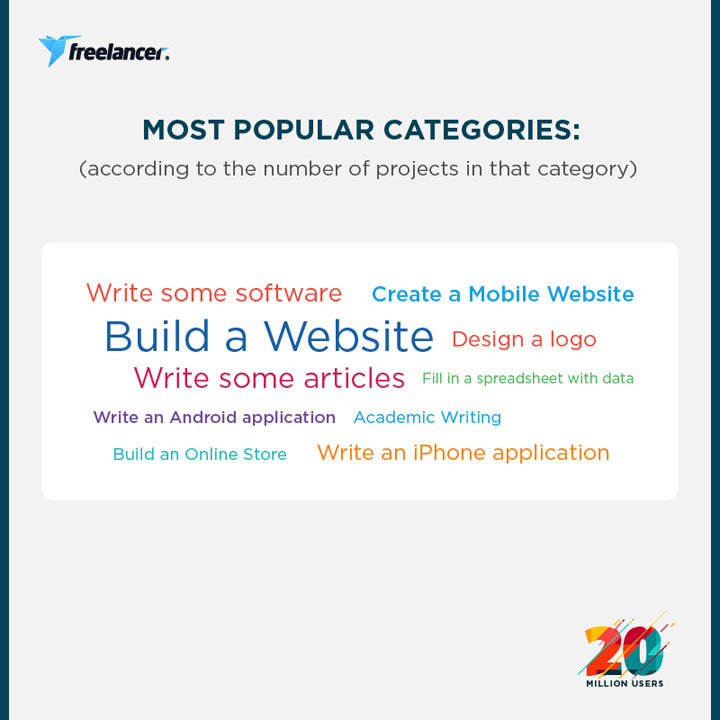 Meanwhile, USA­-based Clanscope.com founder Vinh Le muses about how Freelancer.com has empowered him as a startup founder: “I logged into Freelancer.com, posted the project, and waited. I was stunned because within a few minutes, I already received numerous bids. Deciding would have been impossible without Freelancer.com’s help. Almost all the bidders were qualified, but how would I know exactly who to pick? Good thing there was a rating system that allowed me to narrow down the ones with the best qualifications.”

Adds Al Sabado, a freelance editor from the Philippines who has built an impressive portfolio and client base on Freelancer.com: “Apart from the privilege to work from home, freelancing has become an opportunity for me to look after and ‘police’ my now 86–year ­old dad, who still attempts to go up the roof of our house to fix whatever needs fixing or do other heavy carpentry work.”

For its transformative effect in the industry, Freelancer.com has been recognized by prestigious award-­giving bodies such as the Webby Awards, the International Business Awards, the Asia­Pacific Stevie Awards, and the Deloitte Fast 50 Awards, among many others.