Filipinos shine in the group performance during Boot Camp on The X Factor UK. The 4TH Power and Neneth Lyons both successfully made it through to the next round of competitions on The X Factor UK today. The 4TH Power, the all-Filipino girl group composed of sisters Mylene, Celina, Irene and Almira Cercado aged 19-27, and Neneth Lyons, the 37-year old full-time mum from Chelmsford, performed in a group with four other acts singing Tina Turner’s Proud Mary. 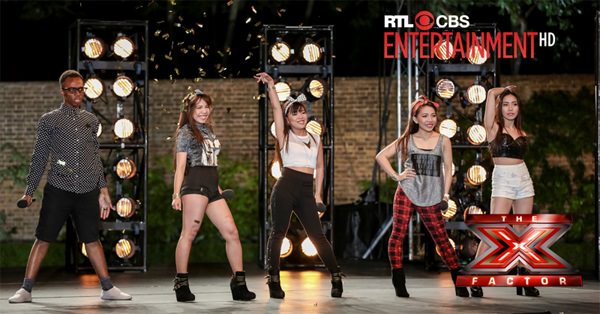 Prior the performance, a short clip was shown of the rehearsals. Neneth said that she was there ”to compete” while the 4TH Power said that this was going to be “the performance of a lifetime.”

Clearly the outstanding performers of their group, 4TH Power nailed the singing, dancing and hairography with their locks swinging and whipping as they did their routine. Neneth showed that she was a fantastic singer when she belted the bigger parts of the song and showed she was an equally good dancer during the group’s performance.

The other performers in the group were Louisa Johnson, Jasmine Leigh Morris, Andre Batchelor and Sherlyn Hamilton Shaw. Before giving the judges’ decision, Simon asked 4TH Power, Andre Batchelor and Jasmine Leigh Morris to step forward signalling the possible divide in the results. But in the end, he said that all acts went through as all screamed in relief and excitement.

The 4TH Power and Neneth Lyons move on to the next round of competitions, the Six Chair Challenge. 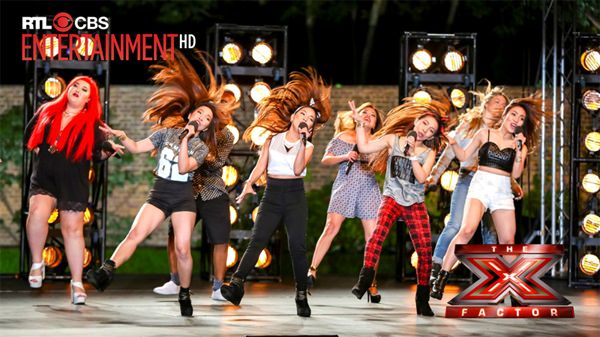 The X Factor UK airs first and exclusive on RTL CBS Entertainment HD as live via satellite on Sundays and Mondays at 10:30am with a primetime encore at 9:00pm.

Launched in Asia in 2013, RTL CBS Entertainment HD is the first channel of RTL CBS Asia Entertainment Network, the venture formed by world leading content producers, RTL Group and CBS Studios International. A general entertainment channel, it offers a balanced mix of reality, drama, comedy and daily programs and features exclusive first run content aired soon after the initial US broadcast including series Scorpion, Extant, House of Cards, Under The Dome, Elementary and Beauty and the Beast; talent competitions Britain’s Got Talent and The X Factor UK; and daily shows Entertainment Tonight, The Insider and The Late Late Show with James Corden.

Remote tech support, yet another risk factor for business