SOC Staff, 7 years ago 5 min read 1230
First of its kind payments card for every Filipino

It’s the same convenience of a beep card but with the benefits of online commerce plus more.

Smart eMoney, Inc., the digital financial innovations unit of PLDT and Smart Communications, Inc. (Smart), introduced to the commuting public today PayMaya Visa Card with beep, the first live beep card in the market that combines the best of online transactions with a physical payments card.

Filipinos commuting via the LRT and MRT can now avail of the PayMaya beep card in PayMaya activation booths and Smart Padala centers in and around selected train stations in Metro Manila.

“As our group leads in building the physical infrastructure of a modern Philippines, we are also at the forefront in deploying digital and citizen-friendly services. We look forward to bringing even more innovations to the Filipino consumer in the near future,” said Manuel V. Pangilinan, chairman of PLDT and Smart.

As a special limited offer until the end of the year, commuters can avail of the PayMaya Visa Card with beep for free plus a bonus PhP30 beep stored value just by loading their PayMaya account with PhP100 in PayMaya activation booths in selected MRT and LRT stations. 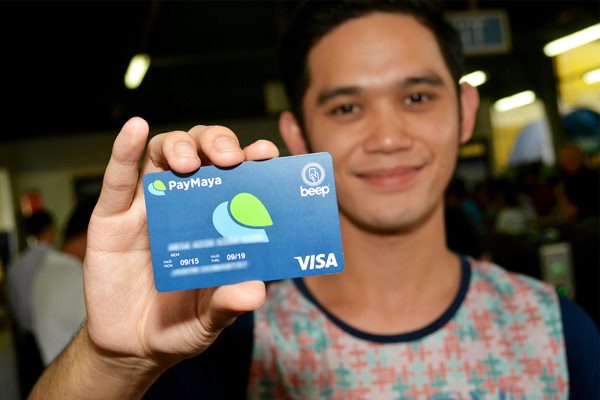 “This is another breakthrough in Smart Money’s storied journey since the introduction of its pioneering mobile money Smart Money platform more than fourteen years ago, ” said Orlando B. Vea, President of Smart e-Money.

Introduced last August, PayMaya also comes with a mobile app that can instantly provide a virtual Visa card that can be used for online payments, anytime, anywhere – regardless of your mobile operator and even if you do not have a bank account.

It also comes with a physical Visa card that can be used for purchases at any of the over 30 million establishments worldwide accepting Visa.

The PayMaya Visa card with beep is a physical Visa card with a built-in beep wallet. This three-in-one combination enables the public to enjoy the same benefits of the regular contactless beep card deployed under the Automated Fare Collection System (AFCS) for the country’s light railway transport system plus the convenience of getting an instant virtual Visa card for online shopping via the PayMaya mobile app and a physical card for transactions in any Visa merchant.

“PayMaya Visa card with beep is similar to the Hong Kong subway and payments Octopus card plus more. Through this and the PayMaya app, the Filipino consumer will leapfrog into the digital life through an easy to use, versatile and fun solution,” said Benjie S. Fernandez, managing director and co-COO at Smart eMoney.

PayMaya is strengthening partnerships with eCommerce sites like Zalora, AirBNB and Philippine Airlines as well as face-to-face shopping with establishments like SM and Robinsons Malls.

To avail and fully enjoy the benefits of the three-in-one card, customers just have to download the PayMaya mobile app and go to the activation centers to get the PayMaya Visa card with beep.

For upgraded PayMaya accounts, they can also use their PayMaya Visa card with beep to withdraw cash from the PayMaya wallet from any ATM, as well as easily send money to other PayMaya users with upgraded accounts.

Smart eMoney is broadening the availability of PayMaya load centers to include not only presence in train stations but also to establishments such as 7-11 stores, Robinson’s business centers, SM business centers, MiniStop stores, Smart Jump centers and Smart Padala outlets nationwide, among others.

Smart eMoney launched the PayMaya app and stand-alone card last August. It is the most recent innovation to come out of its pipeline as the company broadens the product offerings under its platforms from mobile money based services such as Smart Money and Smart Padala to digital with PayMaya. Behind the PayMaya card and app is the internationally acclaimed Smart Money platform, which currently supports mobile money services in emerging growth markets such as Brazil, Egypt, and Indonesia. 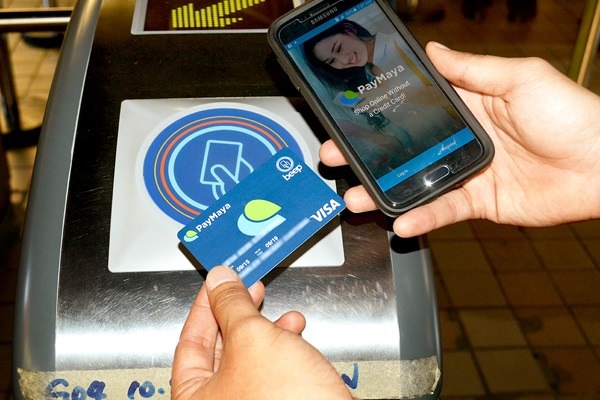 The PayMaya mobile app is the product of the partnership of PLDT through Smart eMoney with Rocket Internet, the global technology eCommerce leader that has presence in 110 countries including the Philippines in various regions such as Southeast Asia, Latin America, Africa, Middle East, Europe among others.

“Rocket Internet is proud to be the PLDT group’s joint venture partner for PayMaya with Smart eMoney. We are set to deploy PayMaya as a world-class solution in other emerging markets,” said Paolo Azzola, Co-COO at Smart eMoney and Managing Director at Rocket Internet.

In a recent report from BMI Research, the think-tank arm of the Fitch group, it cited that “the product offering of Smart Money will be strengthened through such partnerships, and give Smart an edge over rival operator Globe’s GCash service.”

Smart eMoney is the first non-financial institution in Asia to be granted by Visa with an issuing and acquiring license. It also counts MasterCard as its partner giving it the unique opportunity to offer both Visa and MasterCard products.

It’s Time to Ditch the Itch! Pet Food Institute shares tips on how pet owners can protect their pets from fleas this summer﻿