Smart has collaborated with Wikimedia Foundation to bring the Wikipedia Zero program to the Philippines.

This pioneering effort is seen to bring FREE access to knowledge to Filipinos nationwide.

Initiative to give 70 million Filipinos free access to knowledge 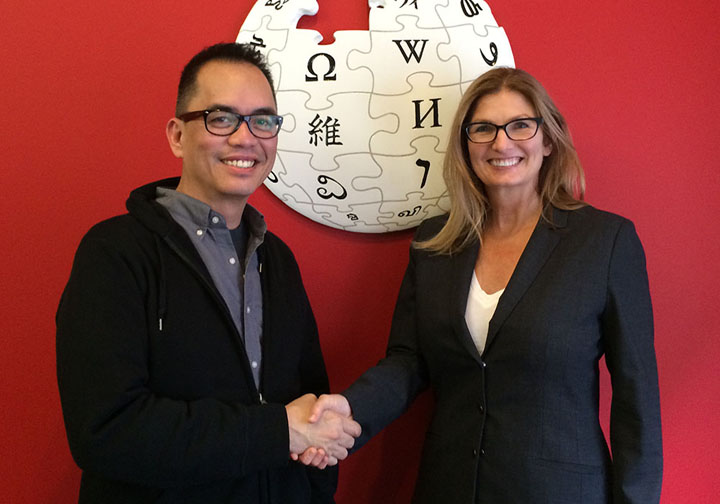 Part of the global Wikipedia Zero program, the collaboration will give Smart, Talk ‘N Text, and Sun Cellular’s 68.9 million customers unlimited access to Wikipedia, free of data charges from their mobile device.

“We have always looked for and promoted ways to use technology and mobile communications to drive learning and consequently, development. Wikipedia Zero is relevant in a country where access to both computer terminals and Internet connectivity is still relatively low, but where almost everyone owns a cellphone. We are excited to bring Wikipedia Zero to the country and help create a way to make learning more accessible to millions of Filipinos,” said Ramon R. Isberto, head of Public Affairs at Smart.

Wikipedia is the world’s largest online encyclopedia, visited by 500 million people each month, according to Comscore. Wikipedia contains more than 30 million articles in 287 languages, contributed by a global community of 80,000 volunteers.

Under Wikipedia Zero, starting September 5, 2014 until February 3, 2015, all Smart, Talk ‘N Text, and Sun Cellular subscribers who will access m.wikipedia.org, zero.wikipedia.org, the Wikipedia apps (available for iOS and Android devices), or any other Wikimedia sites on their cellphone, can do so without incurring data charges.

“Smart has been a terrific supporter of Wikimedia, and now we’re very happy to formalize our relationship with Wikipedia Zero,” said Carolynne Schloeder, head of global mobile partnerships at the Wikimedia Foundation. “Smart’s emphasis on education is aligned with Wikimedia’s global mission, driven locally by Wikimedia Philippines.”

In addition to the free use of Wikipedia by Smart subscribers, Filipino Wikipedia editors are also participating in Smart’s Tap&Learn: Tablets for Education, the telco leader’s latest initiative in the mobile education (mEducation) space, where mobile technologies are utilized to enhance the learning experience of partner communities.

Through Smart’s Tap&Learn, Wikipedia Philippines representatives are helping train educators from public elementary and secondary schools across the country on how to use Wikipedia to enhance the learning experience of their students, and for their own professional development.

“While we all know that students should not simply copy from Wikipedia when doing assignments, we hope that through Wikipedia, teachers can impart to their students the value of using reliable sources, adding proper citations, and using critical thinking when reading anything on the Internet. It would also be great if they can encourage their students to contribute to Wikipedia as well,” added Villar.