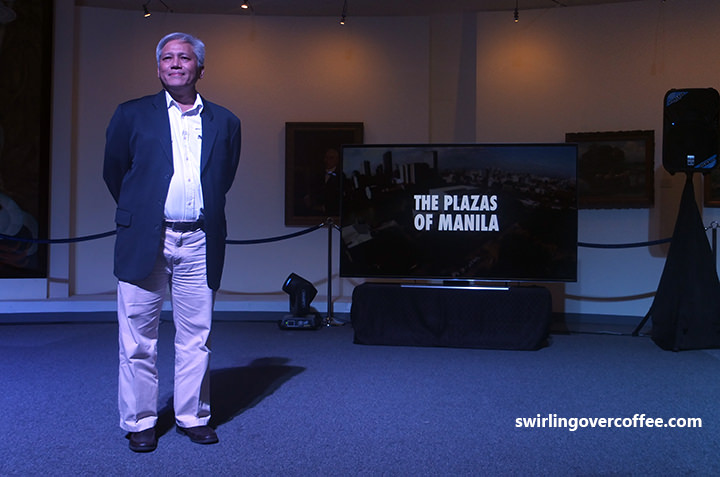 The familiar can be too familiar, especially when sites and landmarks in Manila are part of one’s daily commute, or else are mere images in our Facebook feed. Samsung Corporate Citezenship wants to cast light on the historical and cultural importance of these landmarks, as they are already disappearing or failing into disrepair. What better window from which to see them “again” other than our phones, tablets, and smart TVs? 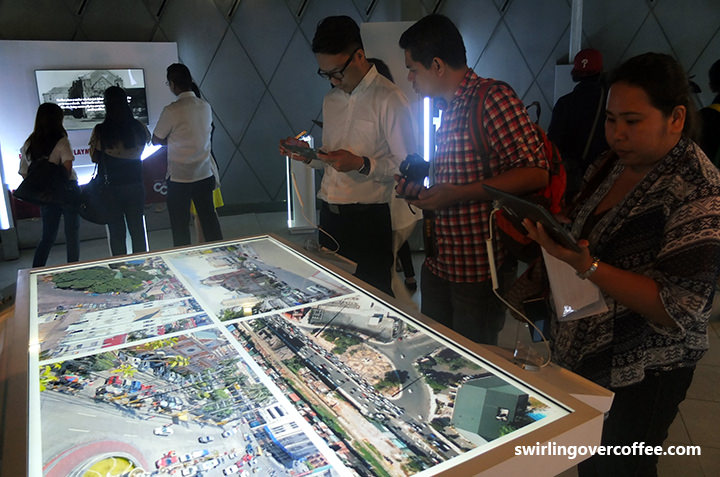 To help Filipinos rediscover Philippine’s heritage and culture, Samsung and the Philippine Science High School Foundation, Inc. teamed up to hold an exhibit entitled ‘The Plazas of Manila’ at the Yuchengco Museum with noted architect, designer, and urban planner Paulo Alcazaren as curator. 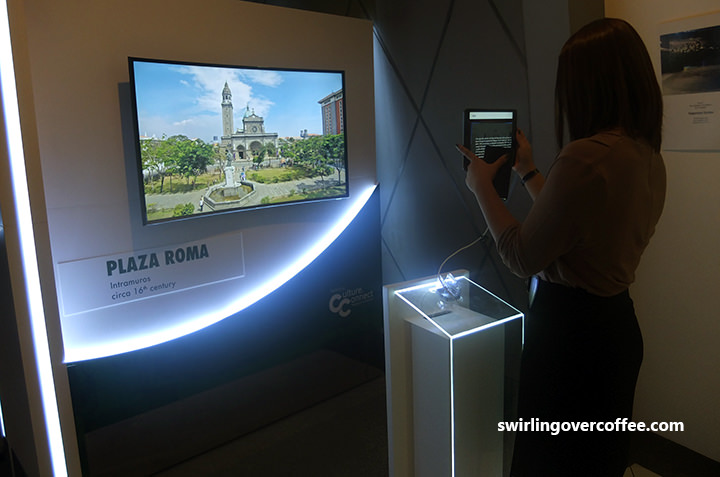 Open from August 27 until September 18, 2015, the exhibit highlighted significance of plazas in Manila, with the use of augmented reality on Samsung’s latest digital tablet and Smart TV technology. 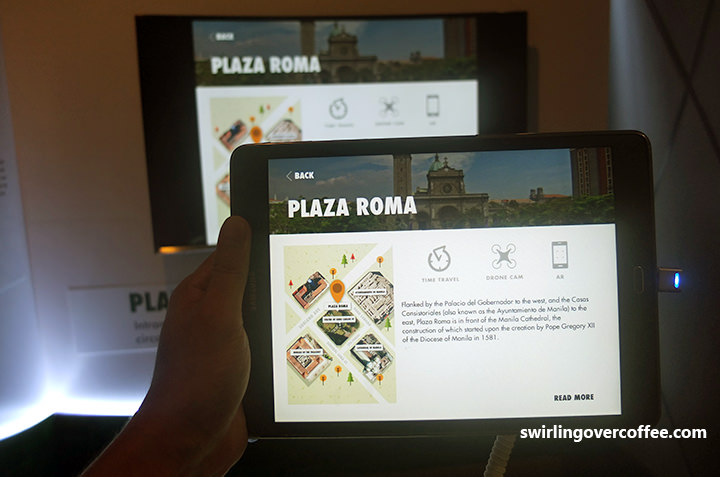 Coinciding with the exhibit is the launch of Culture Explorer, a mobile application that uses augmented reality technology to help people, especially the youth, learn about Manila’s plazas and other cultural and heritage landmarks. The app is virtually a tour guide in one’s pocket, with fresh content and plenty of interesting trivia. 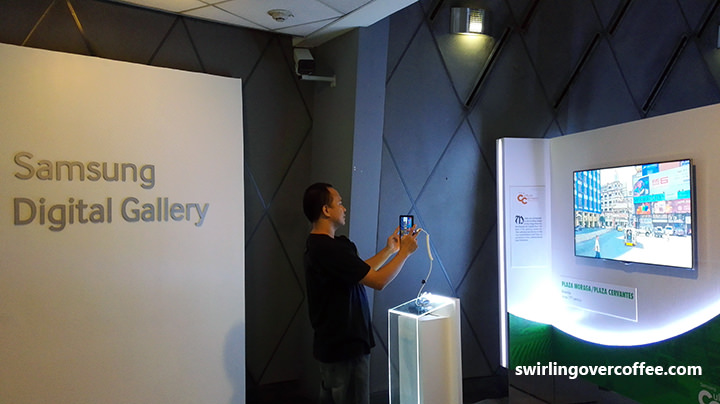 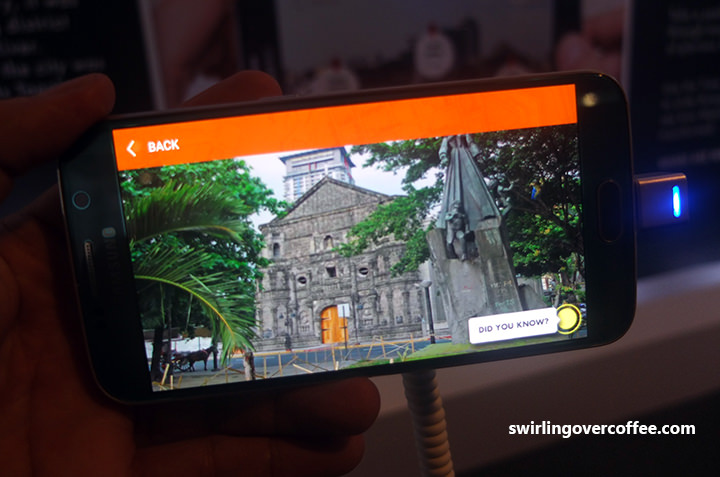 “Through this exhibit, we are able to cast the spotlight on one of the most important elements of Filipino culture and history, the plaza. This exhibit allows us to bridge technology and art together, giving the Filipino youth a chance to learn about their roots,” said Linda Cordova, Executive Director of the Philippine Science High School Foundation, Inc. 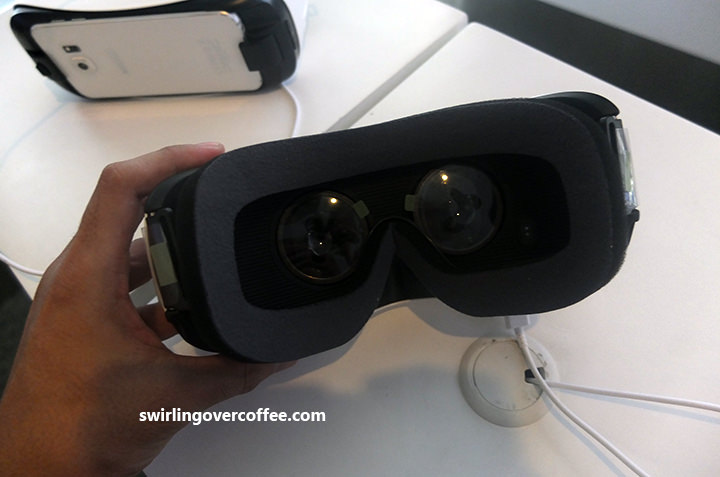 There are even virtual reality historical tours. Above are two VR headsets for public use. When worn, one can take a 360 degree look of the “installed” stitched shots of an entire room inside an old building.

“Technology makes the arts, culture and history more accessible and more appealing to people. It allows them to appreciate everything in a more dynamic manner, injecting a new dimension and giving it a meaning beyond what they get to read in books,” said Alcazaren, a founding member of the Heritage Conservation Society. 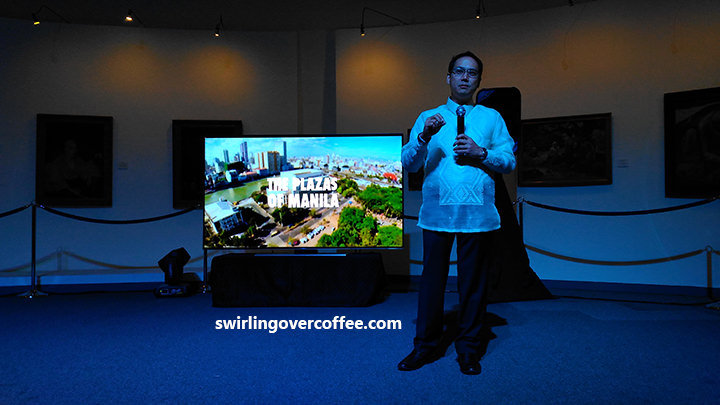 The digital exhibit and app launch is an undertaking of Samsung’s Corporate Citizenship Program which is committed to the conservation of Filipino culture and history. 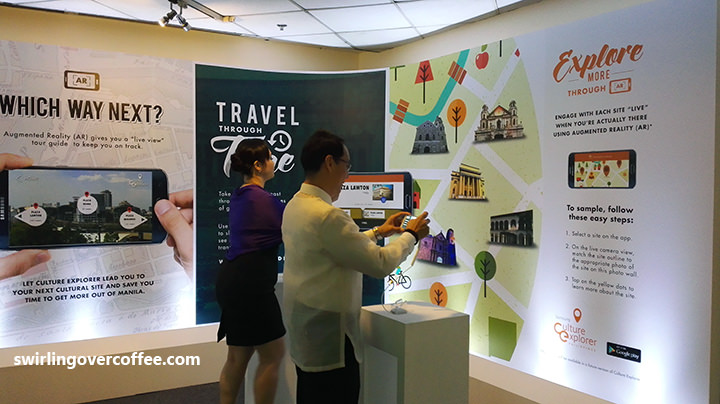 Culture Explorer is compatible with all Android smartphones and tablets, and can be downloaded for free from the Google Play Store and Galaxy Apps. No registration is required for users to enjoy full access to the app. 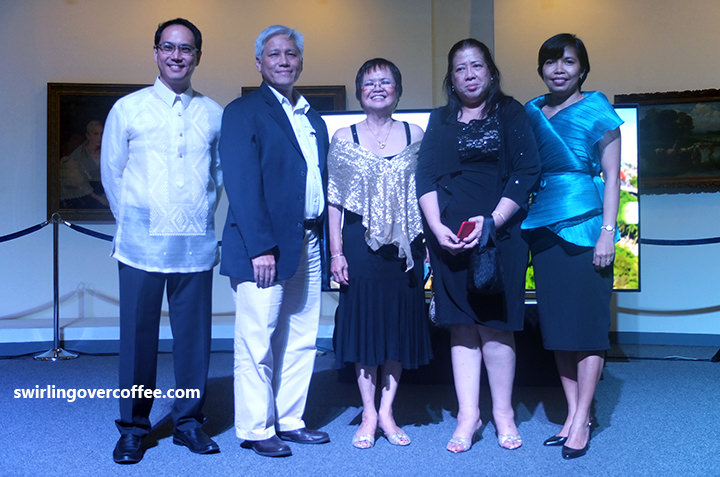 Computing everywhere with the multi-mode Yoga 300 and Yoga 500

Missed the sun and the beach? Finally, Pinoys can now again visit this Visa-free summer hotspot!

Expectation Versus Reality: Motherhood Edition: 15 Real Moms Weigh in with Brilliant Advice on How to Get Things Done﻿

Get it on Shopee – Garmin Venu Sq features fitness, stress, and even menstrual tracking