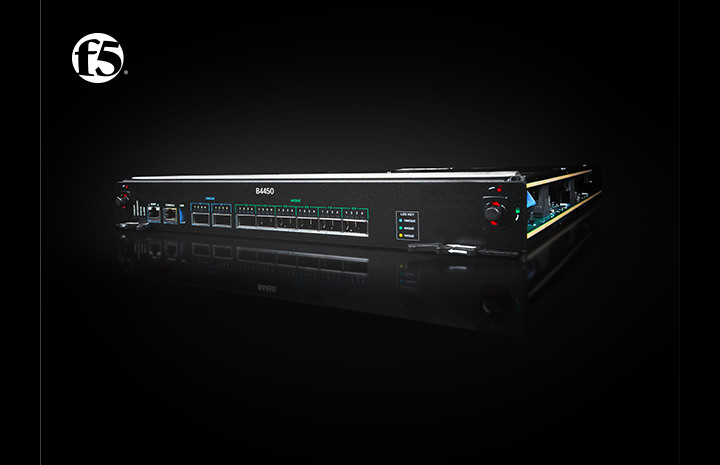 MANILA, PHILIPPINES, MARCH 15, 2016 – F5 Networks (NASDAQ: FFIV) today announced the launch of its new 100GbE VIPRION blade to support the rapid surge of devices, applications and connection requests. The offering is introduced in response to the exponential growth of the Internet of Things (IoT), service providers evolving to 5G networks, as well as increased protection against distributed denial of service (DDoS) attacks and malicious payloads.

The Network Equipment-Building System (NEBS)-compliant VIPRION 4450 blade features two 100GbE ports and six 40GbE ports, supporting over 1 billion concurrent connections when deployed in an F5 eight-blade chassis, addressing the massive connectivity and concurrency requirements of IoT. In addition, the blade eases the transition from 4G to 5G mobile networks, as well as improves the performance of elliptic curve cryptography (ECC) and 2K keys with SSL. Performance on this level enables networks to support the explosive growth of subscribers and data use, as well as promotes the effectiveness of DNS, IPv6 migration and SGi firewall use cases in service provider environments.

“F5’s broad portfolio of application delivery in the digital era is tightly aligned with enterprises’ and service providers’ priorities to connect people, applications, information and devices, through scalable and intelligent hybrid infrastructure. It’s not just the consumer space that’s driving this growth. Industry verticals such as transport, healthcare, education, financial services and more are all consuming data like never before. From a growing reliance on applications to a growing need to scale IT infrastructure very rapidly, F5 ensures that the delivery of applications in a hyper-connected environment is carried out without a hitch,” said Emmanuel Bonnassie, Senior Vice President, APAC, F5 Networks.

Unmatched Performance and Scale to Support and Secure Critical Service Providers
The connectivity demands from a multitude of personal and business mobile devices are inundating service providers in addition to the exponential growth of IoT. According to IDC, more than 2 billion people are expected to access the Internet from mobile devices in 2016.

“With an avalanche of connected devices brought about by IoT, it is crucial for service providers to be able to support hundreds of millions of concurrent connections in addition to non-stop growth of signaling traffic. There is a critical need for network scalability and extensibility to address dynamic growth, as service providers explore their options on the best way to address migration from 4G networks to 5G networks, taking into consideration the exponential expansion of capacity,” Oscar Visaya, Country Manager for Philippines at F5 Networks.

The level of scalability available with the VIPRION B4450 blade and 4800 chassis—along with its superior connection setup rate of 20 million connections per second (CPS), when combined with BIG-IP Local Traffic Manager (LTM)—helps to ease service provider migrations from 4G to 5G networks. And the VIPRION B4450 blade’s ability to support over 1 billion concurrent connections addresses the need for 5G networks to handle 100x connected devices.

Security remains top-of-mind for service providers and the need for dynamic, pervasive and even prescient security against a near-constant onslaught of attempted breaches and attacks to service provider networks, applications, data and subscribers is critical. The F5 VIPRION 4450 blade and the full-proxy approach of F5 BIG-IP Advanced Firewall Manager (AFM) is able to quickly distinguish between malicious and legitimate connections, then absorb or discard malicious connections before they consume network resources.

The VIPRION B4450 hardware blade will be available in the second quarter of calendar year 2016. Please contact a local F5 sales office for additional product and service availability information pertaining to specific countries.

Balikbayans are all smiles as SM, BDO hold a heartwarming Christmas tribute to overseas Filipinos