We’re used to framing our shots – of food, pets, ourselves – with the screens of our phones. So Samsung offers an interchangeable lens camera with a tilting 3-inch Super AMOLED touchscreen (no optical or electronic viewfinder) and WiFi and 4K video recording and fast auto-focus (just 0.055 secs) and a 28.2 megapixel APS-C CMOS sensor, all in an ergonomic body. Meet the P39,999.00 Samsung NX500. 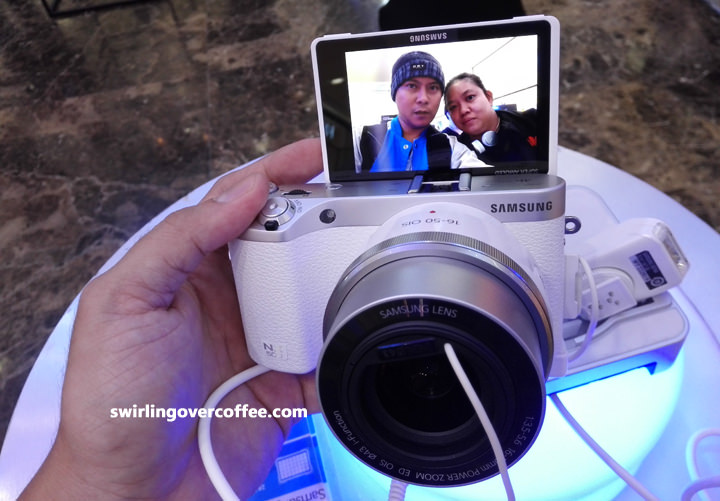 Renowned photographer Xander Angeles (below) endorses the NX500, which was launched alongside a photo exhibit of Xander’s life-sized images of celebrities at the SM Aura Atrium last July 10, 2015. All the photos exhibited – from delicately lit poses to artful action shots – Xander shot using the Samsung NX500. 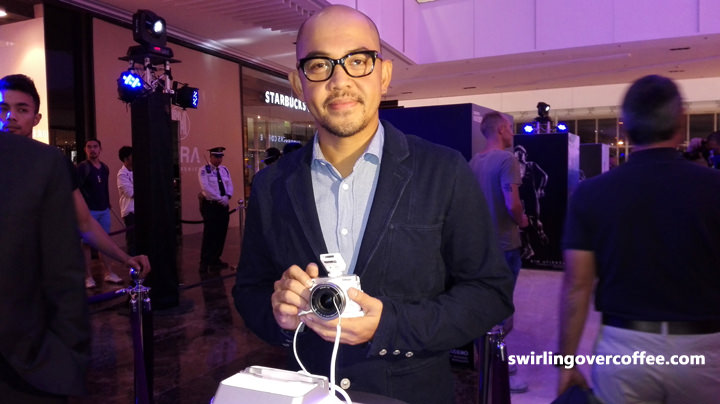 The exhibit entitled Relentless. Forward. Progress. proves that a demanding fashion photographer’s needs are met with a camera consumers can easily understand and use. That Samsung camera, which pairs easily with any phone for quick transfer of photos and videos, is also cheaper than the Samsung Note 4 Edge. 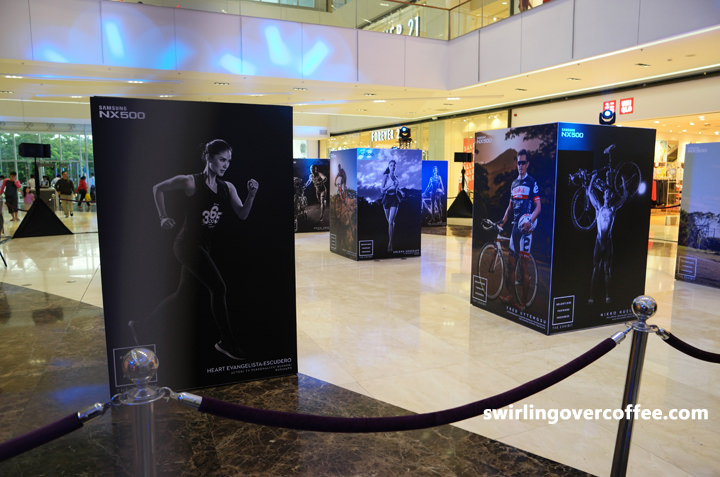 Let’s go around the NX500 before we hit the features.

Here are some of the stand-out features of the Samsung NX500.

This is made possible with the NX500’s 28.2 MP BSI APS-C Sensor. Shots are clear and crisp. Many evening shots posted on Facebook and Instagram, admit it, are grainy or artefacted or both (unless we use flash, in which case we look like overexposed corpses). If you can bring a tablet with you during those late night out happenings with friends, you can bring a small camera like the NX500. 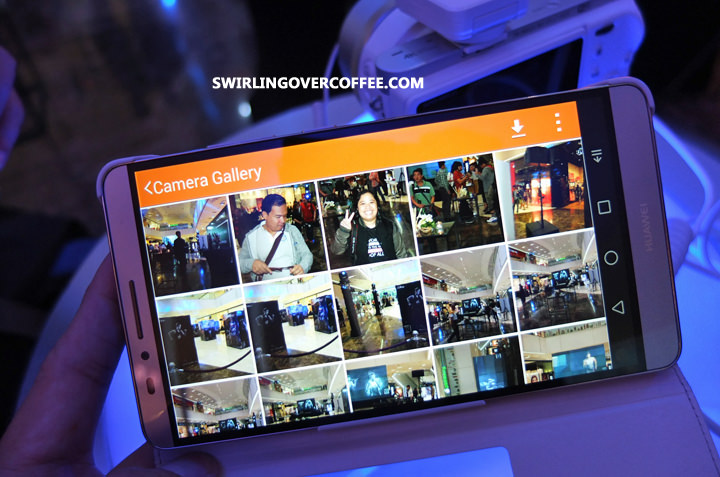 Enjoy sifting through the shots you took on the NX500 while it’s paired with your phone or tablet. That means you can choose which shots to upload while using a bigger screen.

While some of Xander’s exhibited images are of famous people in action, for mortals like us, we’re just running after our pets and kids and yelling at them to stay still. The NX500 is, make no mistake, an action cam. The New Hybrid AF System & DRIMe 5 Imaging Processor takes care of the details. No more blurred dance recitals uploaded on Facebook. 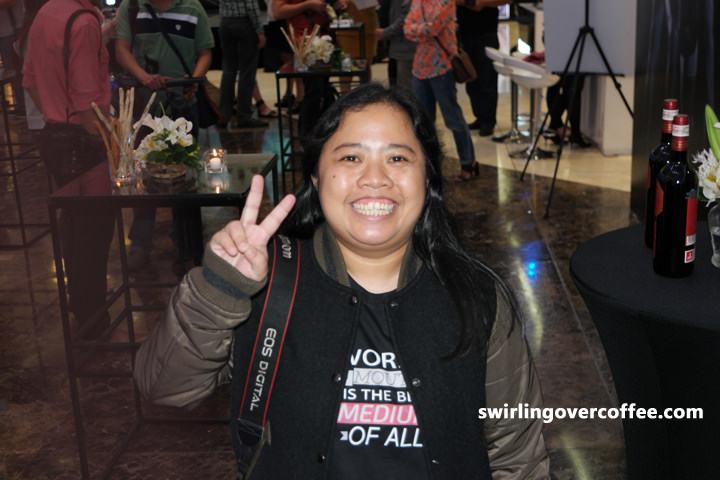 Sample shot. I used flash, but Katrina Canlas here (EIC of HWM) was actually moving toward me.

We’re used to framing our shots on our phones’ screens. The NX500’s tilting display therefore feels so much at home, although better. Taking a shot above people’s heads is easier – tilt the screen down toward you. Chest level, waist level, and even lower level shots are also easier – just tilt the screen to face you while the camera lens points at the subject. Here’s a clear bonus: the NX500’s Super AMOLED display means great contrast when outdoors and under sunlight, so you can still see your photos and frame your shots well, even without an electronic viewfinder. 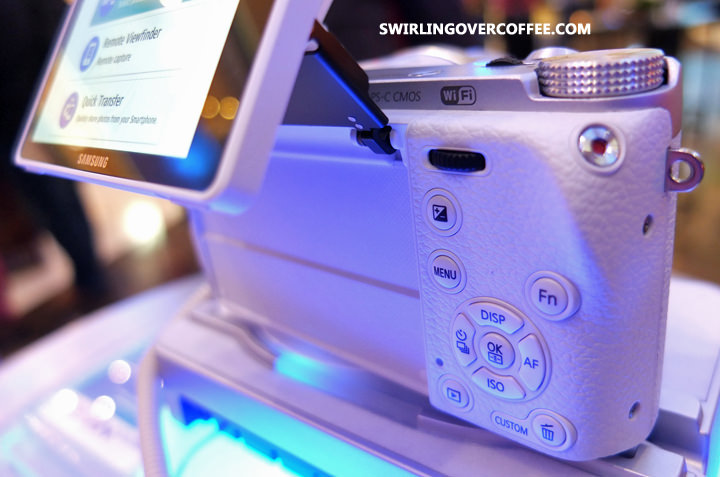 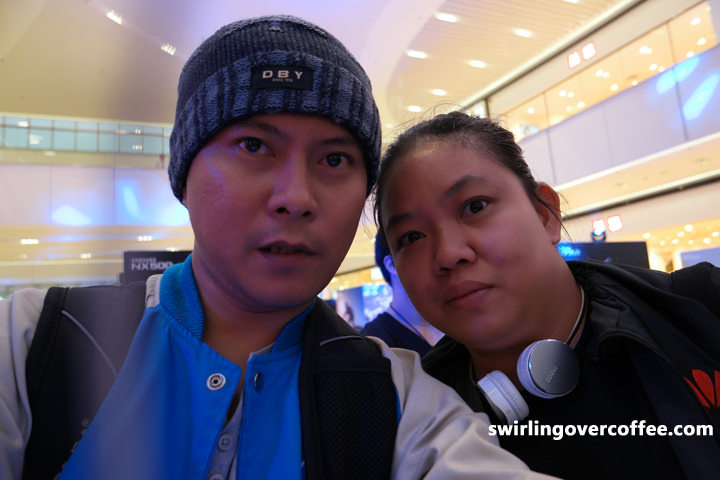 Sample selfie shot – my wife and I. Note that this is on full auto and we were against the light. Also, there seems to be a default level of beauty mode that kicks in.

Unlike other cameras with a flip display, the NX500’s display can flip all the way until you can clearly see yourself in the frame – with no electronic viewfinder to block the display.

The hotshoe-mountable flash can be removed easily so that it also doesn’t block the display when flipped back to face the shooter. (See below.) 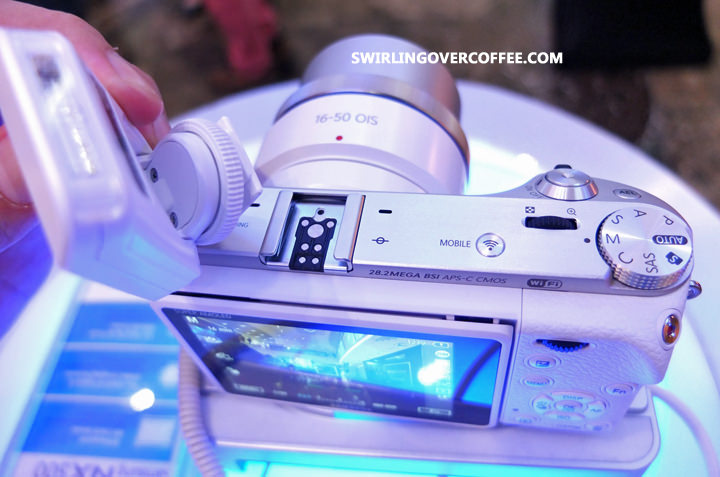 The reassuring thing about touch interfaces is that whatever you need is probably just in another menu subfolder, waiting to be discovered. The NX500’s display is touch ready, so it’s easy to delete or swipe through taken shots, or share them. This is neat, especially for people who hate fumbling with physical buttons and menus. 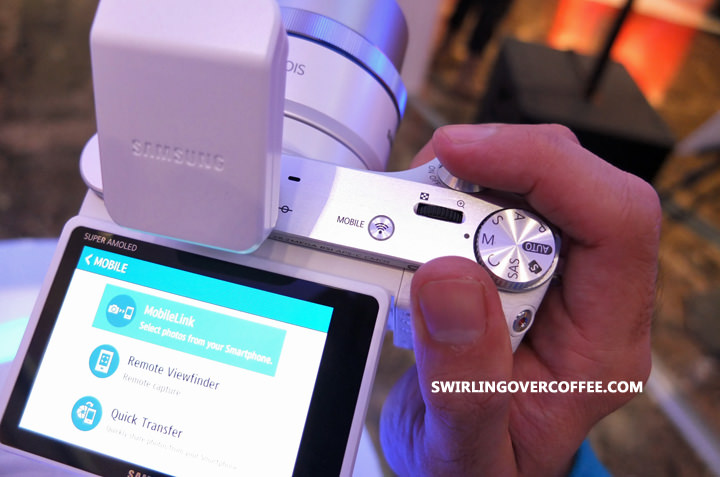 Who wants to bring home a grainy and blurry video of your kid’s graduation? No one. The NX500 can deliver stellar 4K UHD video, though regular people will probably just be taking short clips, and not independent-film-length footage. But the output should be great, especially since you can take pictures while shooting video. You’ll want to bring this camera to the next KPop concert.

Wirelessly share photos over WiFi. With an Android phone, you need to download the Samsung Camera Manager app, which also lets you control the camera from your phone. 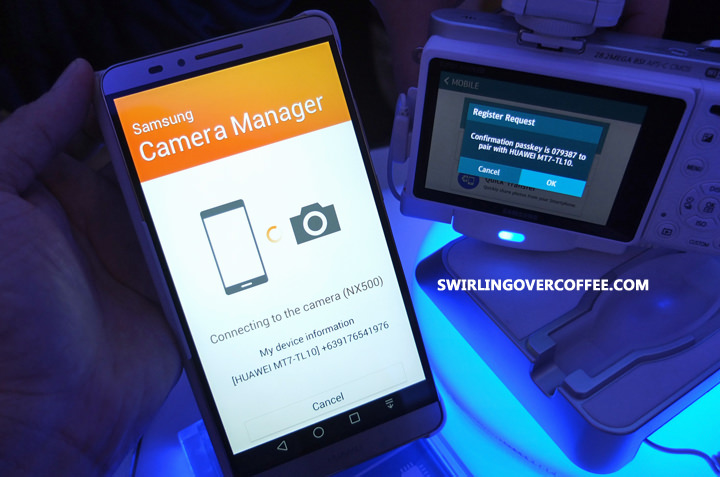 Two great things about this. First, if your phone doesn’t have a stellar camera, the NX500 can take on that job. Second, if you’re fussy about taking pics and vids of yourself, you can do that using your phone as both viewfinder (to center yourself in the frame) and remote control. 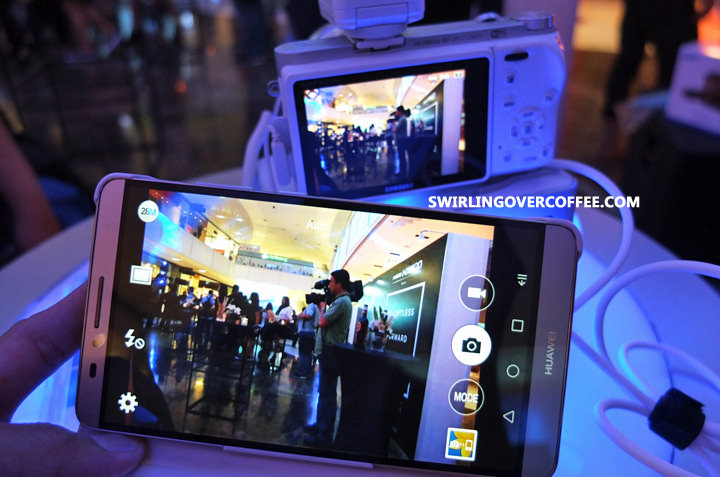 The Samsung NX500 is an interesting consumer-level camera that’s good enough for some types of professional work – as shown by professional fashion shooter Xander Angeles. And most buyers will probably be content with the comes-with 16mm-50mm lens and will not be looking for more Samsung iFunction lens to add to their collection. The P40k price tag is also on par with Samsung’s other flagship phablets – the Note 4 and Note 4 Edge. 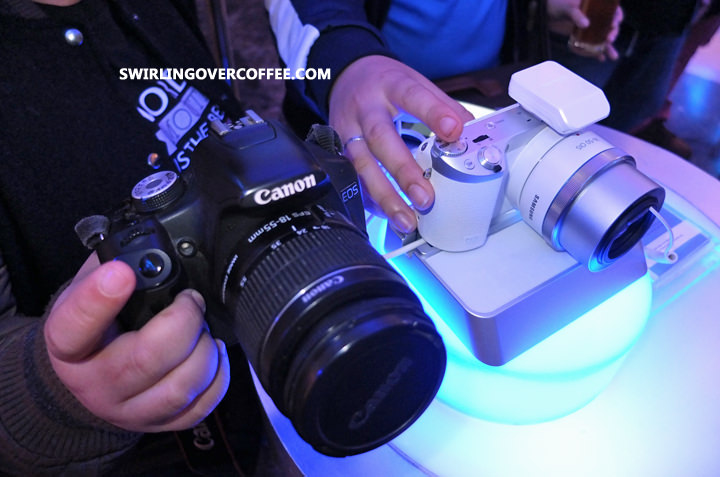 And that’s what Samsung wants you to avoid – a big, bulky, heavy, cumbersome, DSLR.

LINE Supports UNICEF with the launch of Special Edition stickers

Get a welcome treat when you open a PSBank Debit or Prepaid card!

Shared Love in Virtual Spaces SM Woman Fashions Itself to the New Normal With This First All-Digital Shoot.

The OPPO F1 Plus Selfie Expert Phone is Awesome!