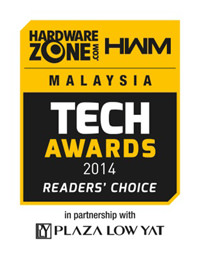 “Plextor is really honored to receive this remarkable recognition voted by the public,” said Senior Sales Manager, Lear Wu, “We will continue to develop SSD innovations to bring consumers excellent experiences, and to satisfy different needs in real world such as daily work, entertainments, gaming, etc.”

Tech Awards is one of the most significant IT awards in Malaysia, hosted by the biggest IT mall PLAZA LOWYAT, and the magazine HWM Malaysia. PLEXTOR is voted as the best SSD brand in Malaysia. Award Ceremony was held on November 27, 2014 at WOLO Bukit Bintang. More award details will be revealed in HWM December 2014 issue.

Win a Trip to Phuket with Uber