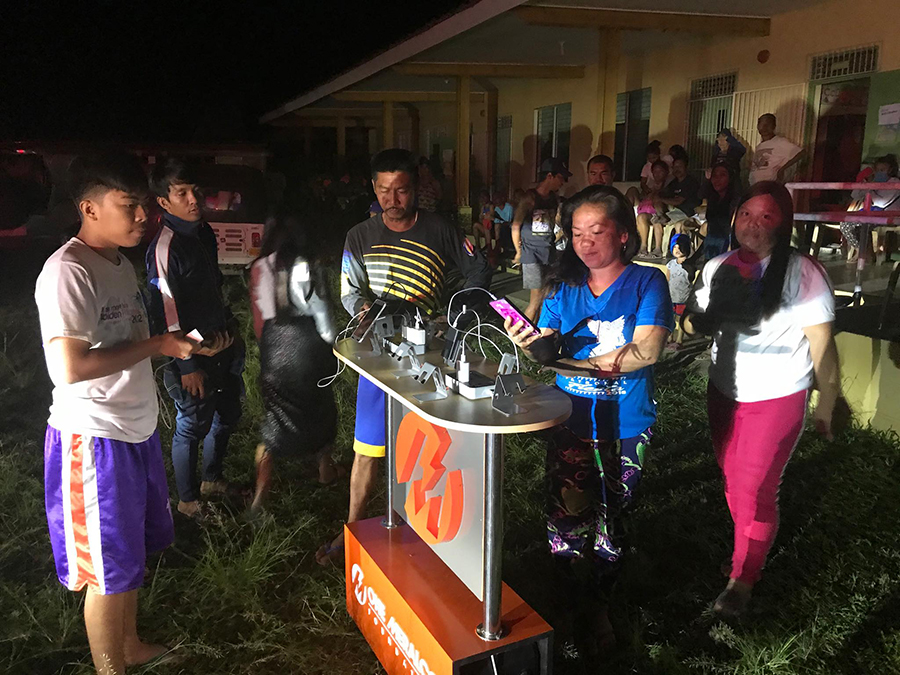 To ensure that their mobile devices are constantly powered, One Meralco Foundation (OMF), the corporate social responsibility arm of the Manila Electric Company (Meralco), set up its solar-powered mobile charging stations at an evacuation center in Alfonso, Cavite last night where around 3,000 families affected by the Taal Volcano eruption are currently taking shelter. Mobile power stations will also be deployed in other evacuation centers in the coming days.

The foundation also distributed food packs to the evacuees who had to leave their homes after the one of the most active volcanoes in the Philippines erupted on Sunday, January 12. These families are mostly from the nearby municipalities of Laurel, Talisay, Agoncillo and Lemery in Batangas.

In partnership with Meralco’s business centers and sectors in the province, OMF’s sent on Tuesday another batch of relief packs benefitting more than a thousand families staying at the Batangas Sports Complex in Batangas City, and the City Evacuation Center and PUP Gymnasium in Sto. Tomas, Batangas.

Meralco employees take part in OMF’s relief operations by preparing and distributing relief packs, and raising funds to benefit more families, especially since the volcano is still not showing signs of slowing down.

Pldt Home Gives Its Loyal Subscribers a Smart Home Upgrade and a Surprise Carol From Regine Velasquez, This Holiday Season

How to Keep Your Beach-Worthy Body Fit and Fab

Samsung puts customer care at the heart of its offerings