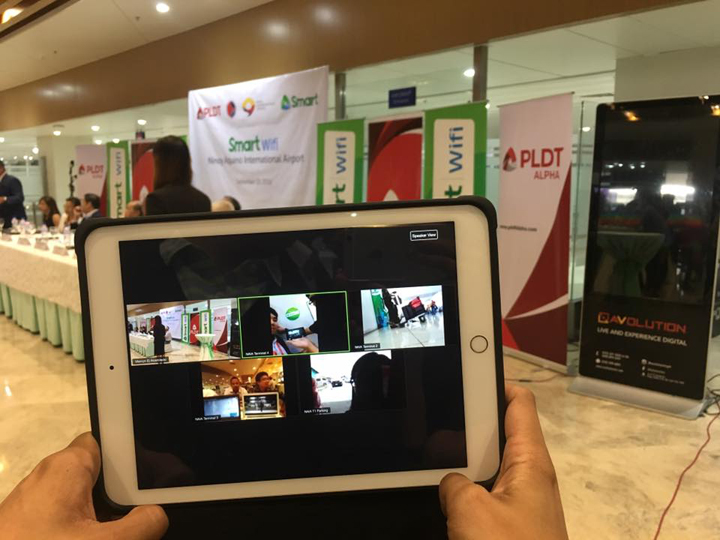 Up to 3,000 concurrent users of Smart Wifi will enjoy up to 1 gigabit per second at all four terminals of NAIA.

The over 30 million travelers who use the Ninoy Aquino International Airport (NAIA) every year will now have access to high-speed internet after PLDT and Smart Communications (Smart) recently upgraded their connectivity services there to carrier-grade Wifi. All four terminals of NAIA now each have a backhaul capacity of up to 1 gigabit per second, providing up to 3,000 concurrent users of Smart Wifi a seamless digital experience in checking their social media accounts, email, or keeping connected to home and office while traveling. 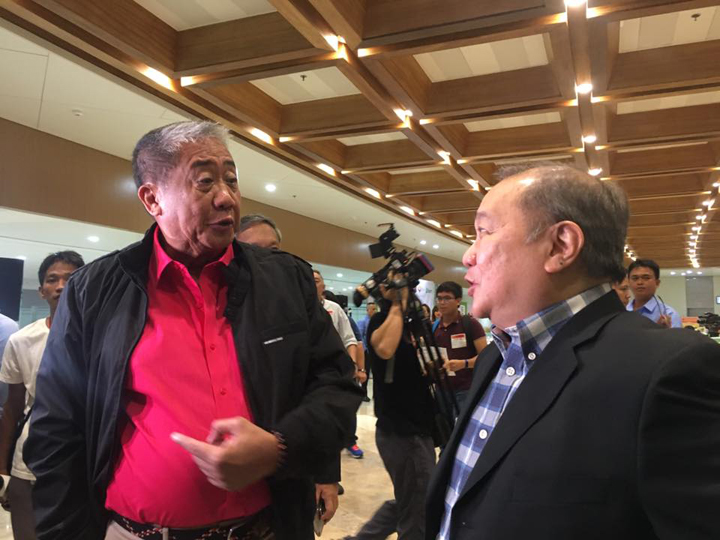 Above, Department of Transportation (DOTr) Arthur Tugade and PLDT-Smart Chairman and CEO Manuel Pangilinan at the inauguration of carrier-grade #SmartWiFi at NAIA Terminal 1.

Earlier, PLDT and Smart had rolled out carrier-grade Wifi service to 11 regional airports, which served about 15 million passengers in 2015. This was done under a Memorandum of Agreement with Department of Transportation to install high-speed Wifi service in key transport hubs all over the country within the first 100 days of the Duterte Administration.

Smart Wifi has also been installed in the Batangas International Port in Batangas City, and Calapan City Port in Mindoro. Upcoming deployments include the airports of Caticlan in Boracay, Puerto Princesa in Palawan, and Tagbilaran in Bohol. High-speed internet will also be installed in the terminals of MRT and LRT in Metro Manila.

More high traffic areas such as city halls, schools, hospitals, and malls, among others, will be covered by the service over time.

“This partnership with the government is a great example of a public and private partnership for the benefit the public. With the installation of Smart Wifi in NAIA, we are on track to meeting our commitment to government to make available carrier-grade Wifi services in major transport hubs all over the country, which will be a boon to domestic and international tourism,” said Eric R. Alberto, EVP for PLDT/Smart, and president and CEO, ePLDT.

Smart has allocated about P1 billion for the first phase of the deployment of carrier-grade Smart Wifi. This is part of the PLDT Group’s P48-billion capital expenditure program for 2016, which is focused on improving data connectivity throughout the country using both fixed and wireless services.

“Smart Wifi complements our mobile Internet service that we are also boosting through the deployment of enhanced LTE and 3G coverage all over the country. This is part of Smart’s three-year network improvement program, which has already integrated the use of additional radio frequency spectrum such as the 700 MHz band that we have gained access to as a result of the acquisition of the telecom business of San Miguel Corporation,” said Kat Luna-Abelarde, FVP and Wireless Consumer Operations Head at Smart.

Lisa Chavez, a human resource executive who was visiting Davao for the weekend, always likes to be in the loop on the status of her flight, the weather, and other updates relevant to traveling. “I can talk to my friends about the Blugre durian dessert that I ate, and I can also Instagram breathtaking views in Eden Nature Park!”

“Smart Wifi with high-speed Internet connectivity will give quality online time while waiting for one’s flights. I can post real-time updates of my travel through social media platforms, especially videos, in no time,” said Vincent Tom Udasco, a photographer and blogger from Cagayan de Oro City.

Vanessa Villaflores, an OFW who will be leaving for Japan, said that Smart Wifi allowed her to maximize the remaining time before she leaves to connect with her family—like she’s still at home.

“Facebook is my way of connecting with my family when I’m away. Smart Wifi complements my mobile data services, allowing me to message my loved ones and share photos and updates to them allowing me to spend more time with them before I leave,” she said.

Editor’s Note: Images in this post were taken by April May Kagaoan of Smart Communications.

Vivo V15 Pro amps up the wonder at Wanderland