It has a Mac keyboard layout, it’s sexy black, it’s comfortable to type on, it’s withstood dozens of drops from my table (thank you, my obnoxious kitten), and here’s the best part: it’s cheap at P569.75 at Landmark, Makati. It’s cheaper than a similar-looking Bluetooth keyboard from CDR-King. 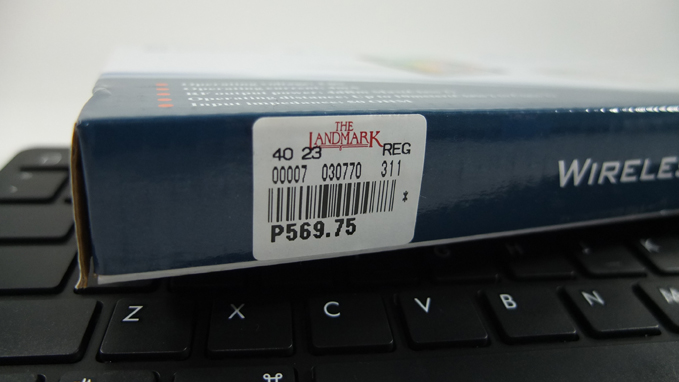 It’s been almost two months since I bought this nameless Bluetooth keyboard, and I’ve been using it (paired with my LG G2) to type out outlines of stories during events I cover – just pull out my Android phone, set in on the table, and plop this keyboard in front of it. Like so. 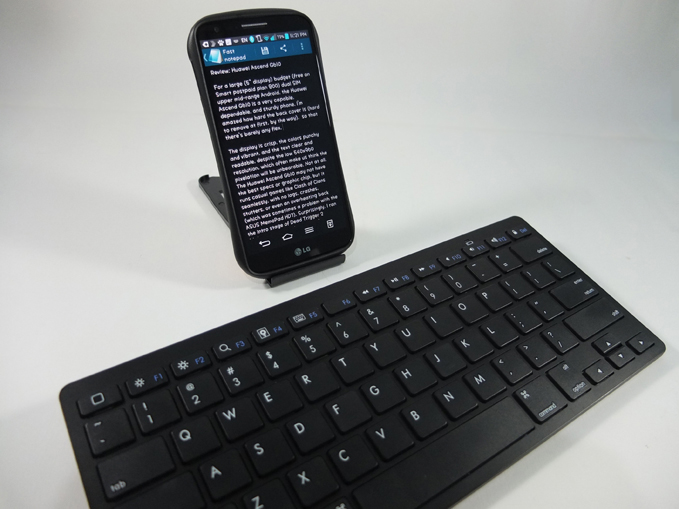 So you know I rely on this keyboard, its marathon battery life, and its no skip responsiveness. It’s not just a review unit I am handed to play with and which later gets retrieved. 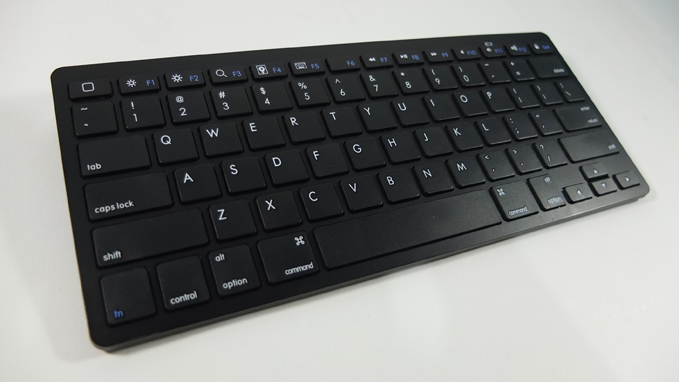 Let’s get through these shots below, so you know what you’re getting into, before diving into the Good, the Bad, and the Do You Buy It. 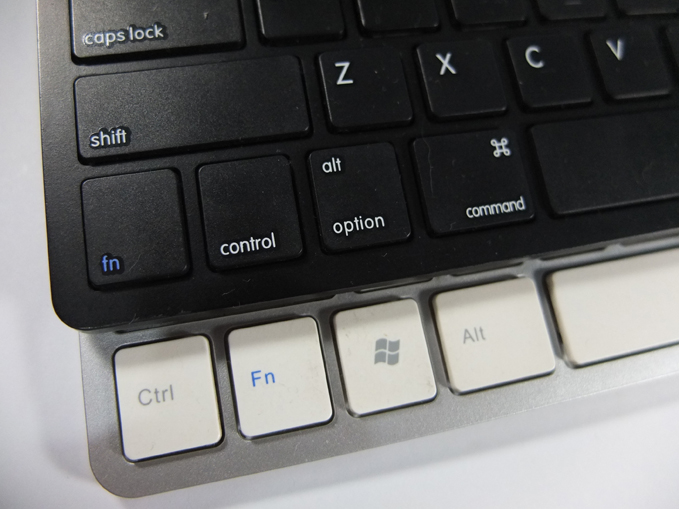 Just a reminder, this BT keyboard has a Mac layout. See above for comparison with a USB keyboard with a Windows button layout.

Buy it. It’s cheap compared to any Bluetooth keyboard from CDR-King, which is the haven of functional cheapness.