One of the two LMES is located at Level 2 in Robinson’s Place Lipa, and is owned and operated by Green Telecommunications Trading Inc. The other LMES is at the second floor of SM City Lipa in Batangas and is being operated by Presnet Cellphone Shop.

Latest data from the National Statistics Office (NSO) showed that over a thousand businesses have since flourished in the CALABARZON area, especially in Batangas. During the Calabarzon Trade and Industry Forum held earlier this year, Batangas has also been dubbed the next Metro Manila. Further giving the city strong potential for economic growth and stability are the presence of the Batangas Port plus three industrial parks in Tanauan City and in the towns of Sto. Tomas and Malvar. 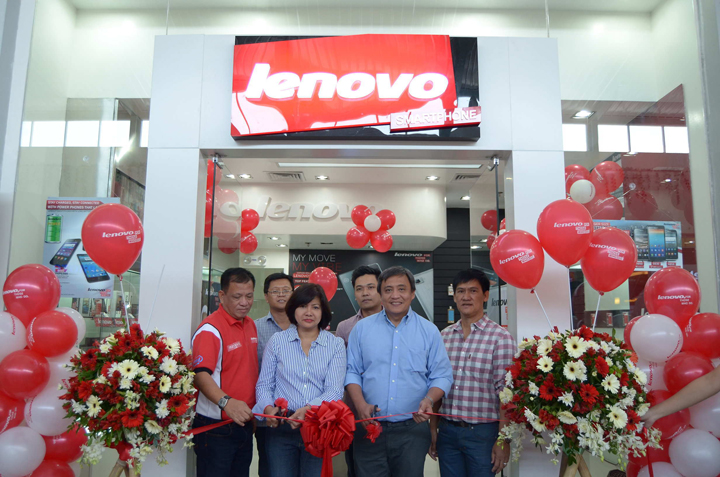 “The CALABARZON area is one of the healthiest and most progressive economies among the regions in the country today, and it is just ideal that we put up our first Lenovo Mobile Exclusive Store in the area in Batangas. This is in line with our campaign to provide a variety of affordable and premium choices to our consumers which, of course, is being offered by Lenovo,” said Michael Ngan, Country General Manager of Lenovo Philippines.

The two newly-opened LMES will carry a variety of Lenovo smartphone products such as the latest A series which includes the A680, A859 and A526; the new Lenovo S Series such as the S660 and S860; and their premium flagship smartphone, the Lenovo S850. The two stores will also carry Lenovo tablet devices such as the newly launched A8-50 tablet as well as mobile accessories.