Jr. NBA and Jr. WNBA is a global youth development program that promotes basketball participation and an active lifestyle among children. Participants are trained in the fundamentals of basketball and learn the importance of the Jr. NBA and Jr. WNBA core values of sportsmanship, team work, a positive attitude and respect. 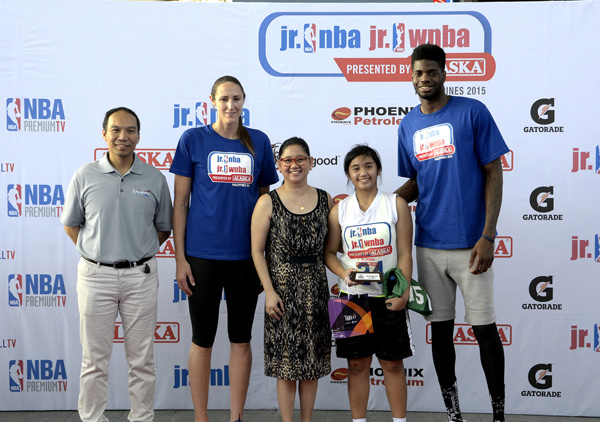 In 2014, Globe Telecom and NBA signed a comprehensive, multiyear partnership that involves offering customers exciting NBA-related promotions and premium services. These include the introduction of the NBA League Pass which gives Postpaid, Prepaid, TM, and Tattoo customers access to live and on-demand NBA games on their tablet, mobile, or desktop.

With the NBA League Pass, customers can also enjoy crystal clear HD video, multi-game viewing modes, and an integrated game stats module. All games previously played during the current and prior NBA season will also be available through the game archives.

“We are aware of how much Filipinos love basketball. As one of NBA’s major partners in the Philippines, we are throwing our support for the training camp, knowing it will surely bring the game closer to the hearts of our customers. As the leading provider of digital services to Filipinos, Globe is committed in bringing about globally-innovative partnerships such as with NBA to further enhance our offerings as well as the experience of our customers,” said Globe Senior Vice President for Consumer Broadband Gilbert Simpao.  Aside from NBA, Globe has sealed partnerships with Facebook, Google, Viber, Spotify and HOOQ to enrich the digital life of its customers.

Everyone's Favorite Trio of Chipmunks are Back

Power rates down this month

Have a Heart-Friendly Valentine’s Day