Top Up and Transfer for a Chance to Win ₱10,000 at the ShopeePay Cashless Festival

Partnering with CoC Philippines, the biggest Clash of Clans community in the country with over 65,000 members

Globe Telecom, through its digital brand for the youth Globe Prepaid, is set to host the country’s first Clash of Clans tournament starting on July 25 with over P2 million worth of prizes at stake.

As the purveyor of the Filipino digital lifestyle, Globe is conquering the mobile games arena with its GoSURF consumable data plan, which gives customers free access to top mobile games such as Clash of Clans.

Together with Clash of Clans (CoC) Philippines, the biggest Clash of Clans community in the Philippines with over 65,000 members, Globe is calling on all Clashers to join the first-ever nationwide #NextLevelKa Clash of Clans tournament. Clashers are expected to bring out their best strategies in a series of two-day competitions that will be held in Manila, Laguna, La Union, Cebu and Davao. Globe worked closely with CoC Philippines to put up the tournament including its rules and regulations.

“The gaming community in the country is growing and it just shows how mobile gaming is gaining ground. We are excited to partner with CoC Philippines to bring the #NextLevelKa Clash of Clans tournament to CoC players and communities nationwide. True to its name, this will be a next-level gaming event where participants can meet and share a common interest. Globe is excited to mount these types of events because it gives us the opportunity to support the passions of our customers, specifically the youth, which includes gaming. Not only do we strive to offer them offers that suit their digital lifestyle, but also experiences and events that harness their passions and interests,” shares Dan Horan, Senior Advisor for Consumer Business at Globe. 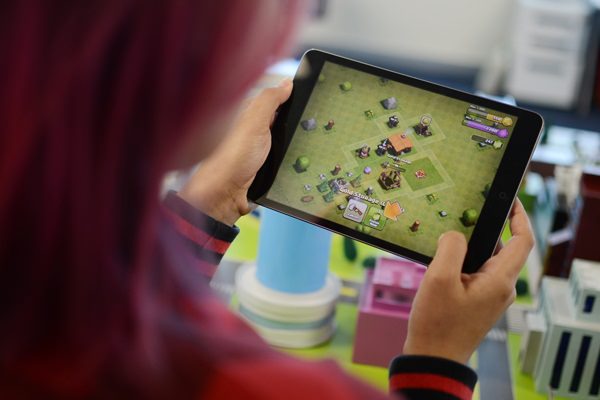 Globe is set to giveaway over P2 million worth of cash prizes, gadgets and gems to the tournament’s finalists and winners.

To qualify, interested players must be a Globe customer registered to GoSURF50 which gives users 300MB of data for mobile browsing and an additional 400MB of data to access top mobile games such as Clash of Clans, Spotify, and Facebook for only P50 valid for 3 days.

Players should have a mobile device with internet connectivity and the Clash of Clans mobile game app and must be at least at Town Hall 3 and above to compete for the individual category or Town Hall 7 and above for the clan category. Troop level per Town Hall will not be considered. To register, players may just visit the Globe Prepaid booth located at the tournament venue.

Vikings Loyalty Card: How to Earn and Redeem Points

The Real Life Passions of Generation-Y

Spark the Christmas spirit with Starbucks